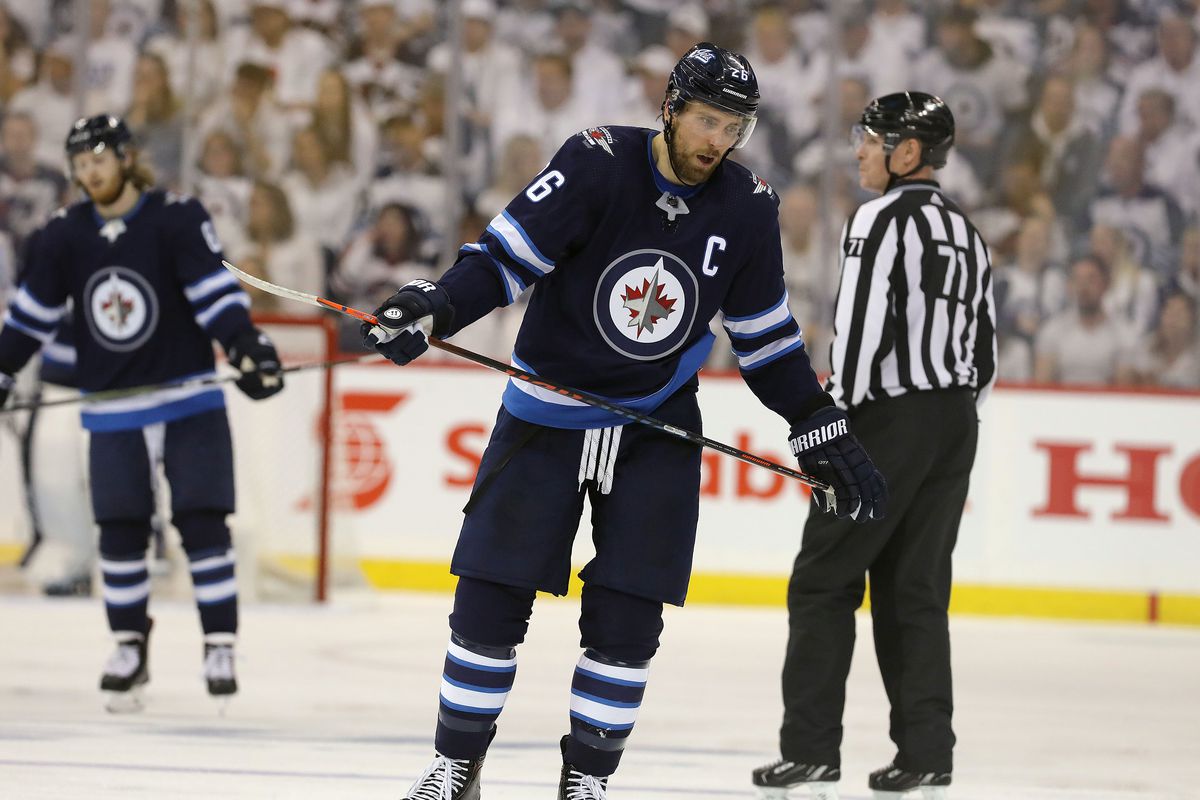 This five-game slate has the potential to put up some points with four of the league’s top-eight scoring teams in action. Two games will feature inner-state rivals while the other three have some long commutes involved. With none of these teams playing a back-to-back, we should be in store for some top-tier hockey.

Sebastien Aho has been streaky this season but still remains a huge part of the Hurricanes’ attack. His 24 goals and 17 assists speak to his all-around game and his 5.1 FPPG is nothing to be messed with.

Aho torched this same team in a game last month for 15.75 fantasy points on two goals, one assist and three shots on goal. The Jets defense is having a rough time in their last two games giving up seven and five goals respectively.

Blake Wheeler is in a perfect spot against the Hurricanes with his juicy mid-tier multiplier. In Wheeler’s last five games against Carolina, he has one goal and six assists while tallying at least one point in each of those games. If you add his track record in this matchup to his eight points in as many games, he is a must-own tonight.

Remember when Boston had the chance to add Mark Stone at last year’s deadline and they didn’t pull the trigger? After Boston’s latest struggles, I’m sure they do. Mark Stone had a goal and an assist in the first stop of his revenge tour in Thursday’s game at Ottowa. Although he never played for Boston, you would have to think that Stone will bring a little extra energy in tonight’s game.

Consider Dominik Simon at 2X as a late Christmas present because this is a steal in every sense of the word. Simon is averaging over 5 FPPG in his last four, as it is no coincidence that is when Sidney Crosby came back into the lineup.

In the meeting with the Flyers in late October, he left the rink scoring 12.75 fantasy points on one goal and two assists. Do not miss out on this opportunity to take down the Barn Burner.

It is always great to have a defenseman in your lineup that scores a goal. It is even better when that same defenseman is actively involved in an offense in both the passing and the scoring game. You would have to be hard-pressed to find a defenseman with better numbers in his last 10 games than Shea Theodore’s 11 points (one goal and 10 helpers).

This is a guy who has had at least three shots on goal in seven of his last 10 games and I’m sure his usage will continue against a lackluster Jaroslav Halak who has allowed 17 goals in his last five games.

This three-man goalie rotation has seemed to work for the Rangers as the play of their goaltenders has risen. Alexandar Georgiev gets the nod tonight at home against the Islanders – a team that Georgiev has dominated. In four games against New York, he is undefeated with an SV% of .961 while allowing only five goals. His last two starts came against this team and he averaged 16 fantasy points in those games.

The Star Quarterback To Avoid In Week 13