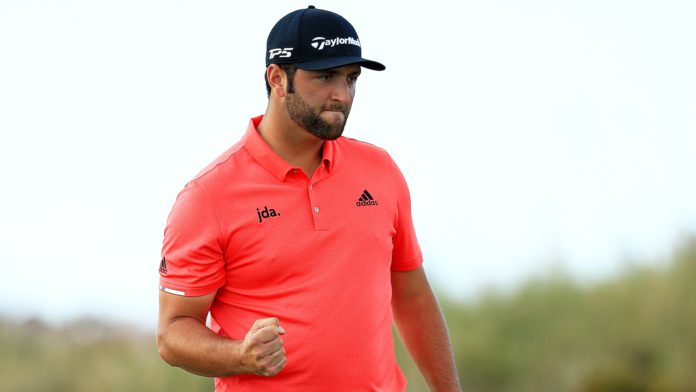 There is no tournament on the PGA tour that is quite like the Waste Management Open. It is probably the most popular tournament of the entire year outside of the majors due to its very unique atmosphere. It is the rare PGA tournament where the fans are given some leeway to make noise and this has resulted in it being the tournament with the most raucous crowd. The 16th hole is the perfect representation of this. On this 162-yard par 3, the fans will boo shots they deem poor and cheer very loudly for good ones. It is the only golf tournament where you feel like the movie “Happy Gilmore” is brought to life. So which players will fair the best in this crazed atmosphere? Let’s get into it!

Enter our PGA Long Drive contest with $3,000 in cash prizes!

When you think about it, Fowler is the perfect kind of guy to play in this tournament. This is not a major tournament but it is a really popular and unique one. Fowler has never won a major yet and he is one of the more popular and colorful players in golf. The two are a good match for each other and recent history agrees. Fowler won this tournament last year and in the previous three years, he finished 11th, 4th and 2nd. This successful history and the fact he has the fourth-best odds at +1600, suggests he should be right in the thick of it again this year.

The only thing that could scare you away from having Fowler in your lineup is him missing the cut this past week at the Farmers Insurance Open. However, in his previous two tournaments to start 2020, he finished 10th and 5th – so him missing the cut last week feels like more of an aberration than anything else. With him at a multiplier of 1.15X, he should be a lock in your lineup for this week.

2019 was a pretty disappointing year for Watson. At one time, he was thought of as one of the best golfers in the world. Now he ranked 55th after failing to record a single win in 2019 and only two top-five finishes. In addition to that, he was cut six times and finished 40th or worse seven times. However, the one positive you can take away from 2019 is his best finish was in this very tournament where he finished 4th. Outside of 2017, where he missed the cut, he has finished 40th, 14th, 2nd, 2nd, 15th and 5th in the six previous appearances at Scottsdale.

In addition to that history, he got his 2020 off to a great start this past week at the Farmers Insurance coming in 6th place. Given his performance last week and his recent history in this tournament, he feels like a lock to make the cut and he should be in contention on Sunday. With Bubba being a surefire contender, getting him at 1.25X is a great value.

I have mentioned in my previous golf articles that you gotta be careful with the high-multiplier players because if one of them misses the cut, you are in trouble. Last week, I selected Keegan Bradley at 1.4X and it worked out well with him finishing 16th with 109.2 fantasy points. This week I am going with someone with even bigger splash potential in Branden Grace.

Grace may be getting overlooked because he more often participates in the European tour instead of the PGA tour. This is his first PGA appearance of 2020 and it is a place he finds very comfortable. In his first time playing in the Waste Management Open, he came in 2nd place and just two strokes behind Rickie Fowler at -15. While this is the first time he is played in the PGA tour this year, this will be his third tournament of the year. He won the South African open two weeks ago and came in 17th in the Abu Dhabi Golf Championship this past week. While I do not expect him to be in the top five, he certainly has the potential to do so. Putting him in your lineup with a multiplier of 1.6X is absolutely a risk worth taking.

Speaking of taking risks, you are for sure not doing that by selecting Jon Rahm for your lineup. The #3 ranked player in the world has started his year similarly to how he closed out 2019. In his last four tournaments of 2019, he missed the cut once, finished 2nd another and 1st twice. Then in his first appearance of 2020 in the Sentry Tournament of Champions, he finished 10th and this past weekend he finished 2nd in the Farmers Insurance Open.

Over the past year, he has easily been one of the most consistent players on the tour which makes him a very appealing play on SuperDraft even at 1X. As it relates to the Waste Management Open, he has finished 10th, 11th, 16th and 5th in his last four appearances. It is always key to have one guy you can 100% count on to be playing on Sunday for your lineup and Rahm should be that guy for you.