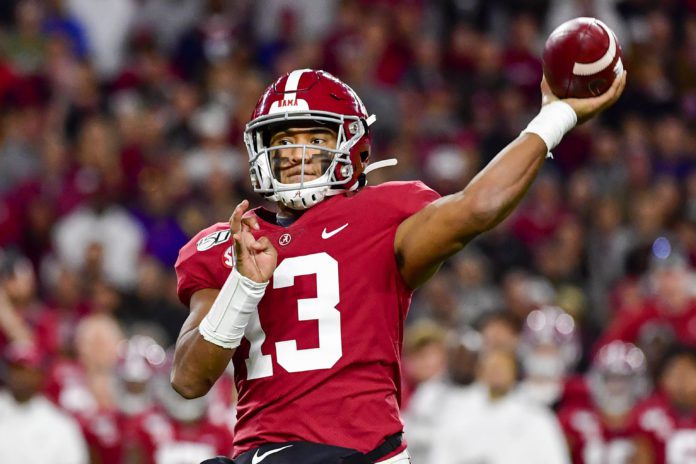 The journey to stardom and the NFL started for Tua back in 2017 when he was Alabama’s back-up quarterback behind Jalen Hurts. Alabama with Hurts as the starting quarterback went 12-1 with an appearance in the National title game against Georgia. At halftime in the title game, Alabama trailed 13-0 and Nick Saban went with the shocking move of benching Hurts and replacing him with true freshman Tua Tagovailoa. Tua threw for 166 yards and three touchdowns including the 41-yard game-winner in OT to Devonta Smith. Tua has not looked back since that moment.

He became the starter for the next two seasons and put up incredible numbers. In 2018, he threw for 3,966 yards with 43 touchdowns and only 6 interceptions. Last season, he threw for 2,840 yards with 33 touchdowns and 3 interceptions. Unfortunately, it came in just 9 games as he dislocated his hip against Mississippi State in November. So now that he has been drafted by the Miami Dolphins what should we expect from him this upcoming season? Let’s get into it!

There are obviously some injury concerns with Tua so he might not start right away so that alone is going to give him questionable fantasy valuable. On top of that, Miami’s supporting cast is not great for a rookie quarterback. Outside of Devante Parker, Miami does not have many appealing options at receiver. They also have a lack of talent at offensive line. Given these surroundings, I would not expect much fantasy-wise from Tua in the 2020 season. He has the talent to be a very good quarterback in the NFL but it won’t happen for him in 2020.