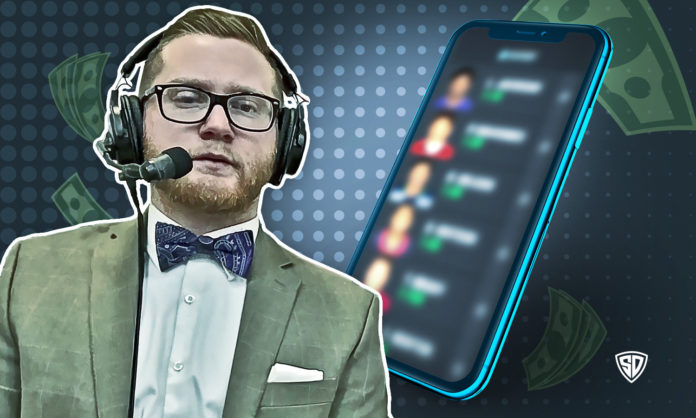 Can you imagine not rolling out a six-game slate for Wildcard Weekend? Yeah, me neither. Smaller slates can be hard to find value if you aren’t looking in the right places and are usually chalk driven, but what if I told you that there are three slate-breakers right under your nose?

Enter our six-game NFL Wildcard Weekend Red Zone contest that is offering $50,000 in total prizes with $10,000 going to first!

When you look at all the factors, it’s hard to believe that Hollywood Brown is sitting at 1.6X. A playmaker that was largely considered a boom-or-bust play throughout his rookie year and to the halfway mark of the 2020 season, Brown has been someone you can rely on down the stretch for the Ravens. In his last six games, he has averaged over four receptions on seven targets while adding 52 yards per game – nothing special but his six touchdowns in that span has shown that he can be trusted.

His fantasy points per game in that span are only about 22 when you factor in his multiplier for this weekend, but that could skyrocket should he see more targets. In last season’s 28-12 loss to the Titans, Baltimore was in an unusual position where they found themselves throwing the ball 59 TIMES and Brown had a field day catching seven balls for 126 yards on 11 targets. Titans Coach Mike Vrabel knows what worked for him last season and I expect him to come in with the same gameplan and force the Ravens to sling it.

Truth be told I have no idea which the best play is out of the Pittsburgh trio, but getting Juju at 1.45X while Claypool and Diontae Johnson are at 1.25X peaks my interest a bit. This is a hard receiving core to figure out with how many targets Johnson sees and how many touchdowns the Steelers plan on gifting to Claypool – but I would argue that Juju has just as good a chance of leading the group in fantasy scoring.

His yards are not there but he has seen nine targets per game, seven receptions per game and has scored four times in his last six and leads the team in targets, receptions and touchdowns over the last two weeks. He has been steady when Ben has looked his way and the Browns defense looks like it could get beat big this weekend.

With everyone and their grandmother looking to roster Jonathan Taylor this weekend, inserting Hines in your lineup could payoff as a potential pivot play. As sensational as Taylor has been down the stretch for the Colts, we have seen Nyheim Hines takeover at times during the season and vulture touchdowns – as a Taylor-owner in season-longs leagues I know this all too well.

If you’re of the mindset that Buffalo could be up by multiple scores in this game, as I am, Hines would be the beneficiary of that. Although Taylor has seen his target share rise as the season has gone on, the Colts have not found themselves in a losing situation in quite some time – and the last time they did, Hines had 10 targets.

It’s a bit of a risk for a guy who has only averaged five targets, five receptions and 65 total yards per game in the last four – but I would love some Hines this weekend as an insurance policy should this game get out of hand. His four redzone targets in the last four games sure do not hurt his case.

Which value play has the highest upside? Let us know below!