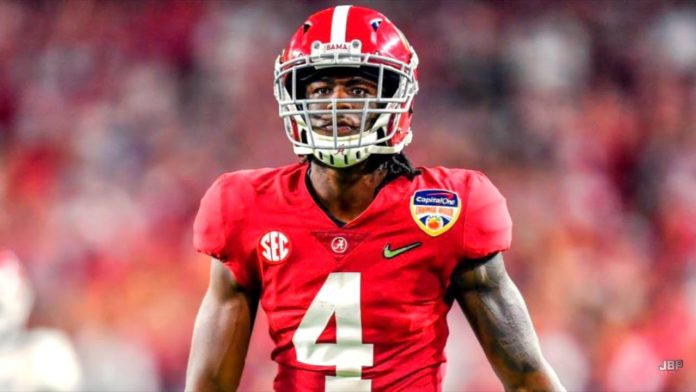 Jerry Jeudy is taking his talents to Denver to play for the Broncos. Based on his production in college, there is very little doubt that he is going to be a very good receiver in the NFL. After not playing much in his freshman year, he became a full-time starter for his sophomore and junior seasons. In his sophomore year, he caught 68 passes for 1,315 yards and 14 touchdowns. Last season, his junior year, he recorded 77 catches for 1,163 yards and 10 touchdowns. The last two receivers to be this productive under Nick Saban at Alabama: Calvin Ridley and Amari Cooper. Fantasy football players are pretty familiar with those two guys. So what type of expectations can we put on Jeudy for his rookie season in Denver? Let’s break it down!

This is a great landing spot for Jeudy fantasy-wise. Jeudy will step into that offense and be the #2 receiver on the roster behind Cortland Sutton. In addition to that, Drew Lock showed some promise in his rookie season so he could allow Jeudy to fulfill his potential. Given how NFL ready he is and the fact he will get a fair amount of targets, expect a big fantasy impact from Jeudy in his rookie season. Be sure to pick him up when he’s got a high multiplier before it drops down!