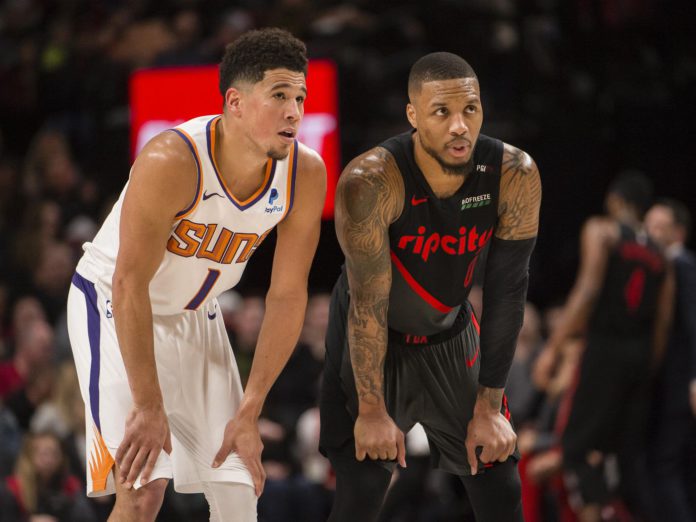 It is the last week of the regular season and this Blazers/Suns game is CRUCIAL for seeding purposes in the western conference playoffs. It was a tremendous match-up of backcourts with Dame Lillard and CJ McCollum facing off against Chris Paul and Devin Booker. However, one of these guys is a guy you have to avoid tonight in order to make some cash….. let’s find out who it is!

Jusuf Nurkic (1.9x // 2.85x) – Not sure if Nurkic truly qualifies as “low multiplier”, but it feels like a slate where we don’t necessarily have to lock in any of the low-multiplier studs. Doesn’t mean they should all be faded, but unlike last night (where Westbrook was a lock), it doesn’t feel like we have to lock in one of McCollum, Lillard, or Booker. Nurkic does feel like a lock button type of play. His minutes have been up and down (does have a nice 20+ minute floor), but it seems as if Nurkic might be settling into a high 20s/low 30s type of role. And Phoenix does have a true Center in Ayton, so seems unlikely that Nurkic will be small-balled out of minutes.

Nurkic is an elite rebounder, a non-zero defender, and gets good usage (20-30%) for a big man. Seems hard for Nurkic to fail, so long as he can avoid foul trouble.

Mikal Bridges (2.15x // 3.25x) – The Cam Johnson injury opens up some extra opportunity at th SF/PF position. Bridges’ minutes have been awesome as of late, in the last three games (all of which Johnson has missed), Bridges has gotten 36+ minutes in all of them. He figures to be a fine deep play, you could also take shots on higher-multiplier options like Jae Crowder or Torrey Craig.

Damian Lillard (1x // 1.5x) – Not sure Lillard is a full on fade, there are few players with as much high-upside explosive power as Lillard. But the price on him is tough – 1x/1.5x is the multiplication floor, and the next closes guy (Booker) has a 30% higher UTIL multiplier. If the game had more condensed scoring & rotations Lillard could be worth some consideration, but Phoenix is very deep & Portland has a number of guys who can put up big nights, rostering Lillard really only works if a) he goes nuclear and many other high-multiplier players fail due to dispersed scoring or b) he goes nuclear and high-multipliers fail due to hyper-condensed scoring around the low-multiplier studs.