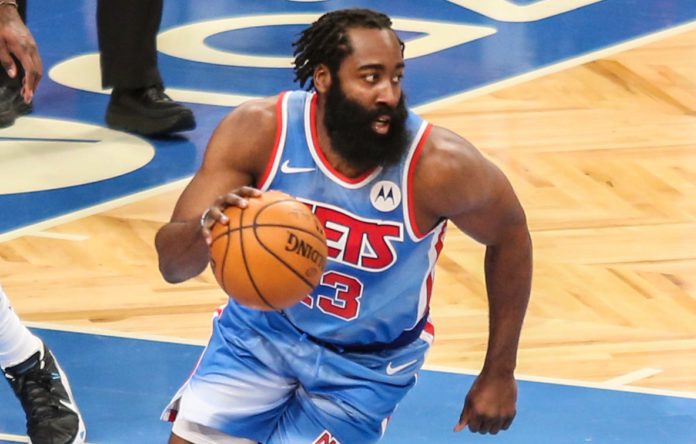 The regular season is coming to a close and, thanks to the play-in tournament, we’re seeing some great competition. Tonight is a relatively small 5-game slate, but we should see the return of two of the biggest stars in Lebron and Harden. Are either worth drafting in your lineup? Let’s dive into the best plays and fades for tonight’s action. 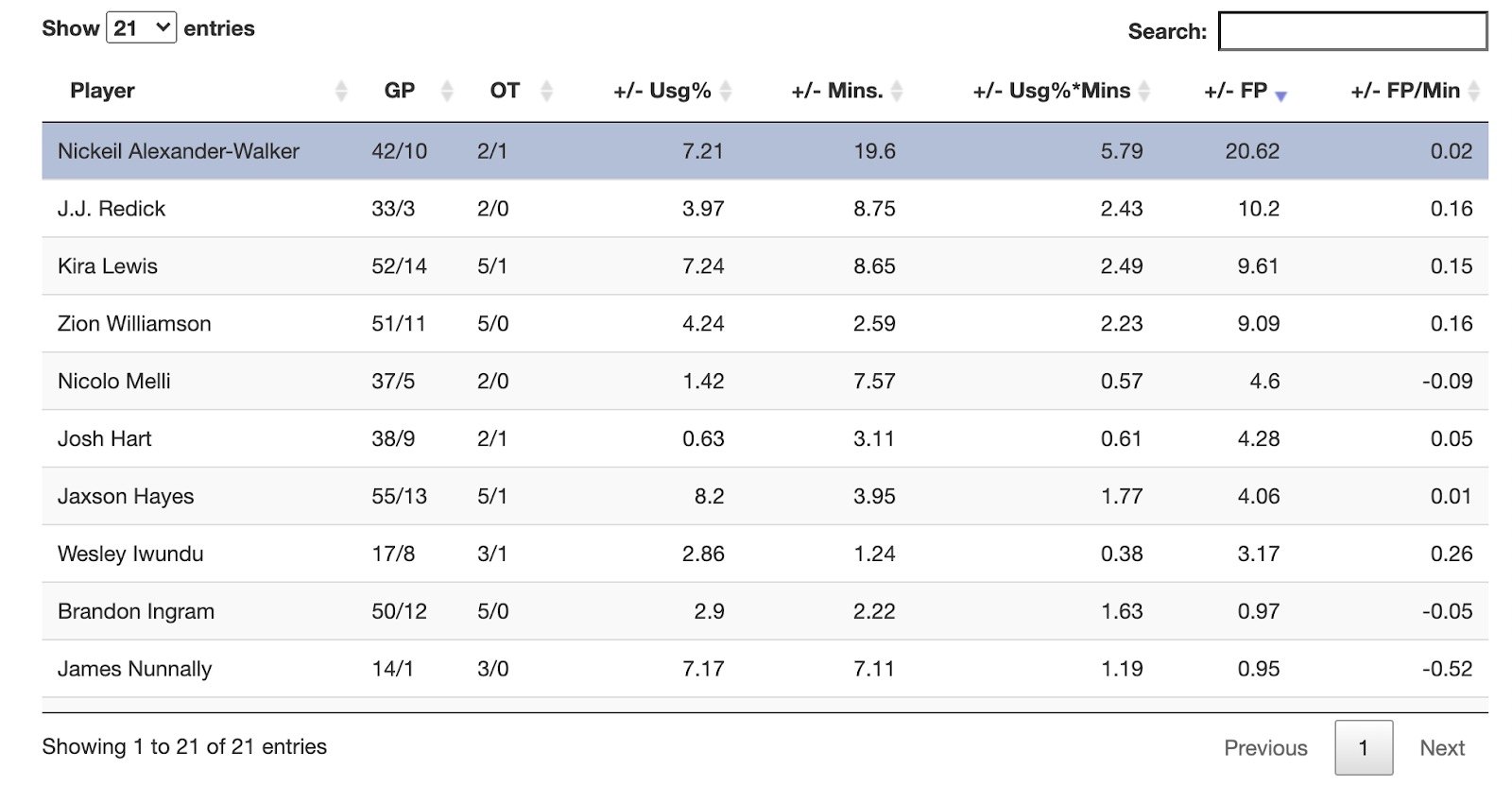 In the 10 games that Ball has missed, Alexander-Walker has average minutes, usage, and fantasy deltas of +19.6 minutes, +7.21% usage and +20.62 fantasy points per game. It’s not the greatest matchup but there is simply too much value to ignore at 1.7X.

Evan Fournier (1.6x) – Like Alexander-Walker, Fournier is a high-multiplier option that stands to benefit from a slew of backcourt injuries. Fournier has been on a nice little run as of late, with Jaylen Brown missing a lot of time over the past couple of weeks. In games that Brown has missed, Fournier has had +3.95 minutes, +3.17% usage and +10.85 fantasy point deltas. 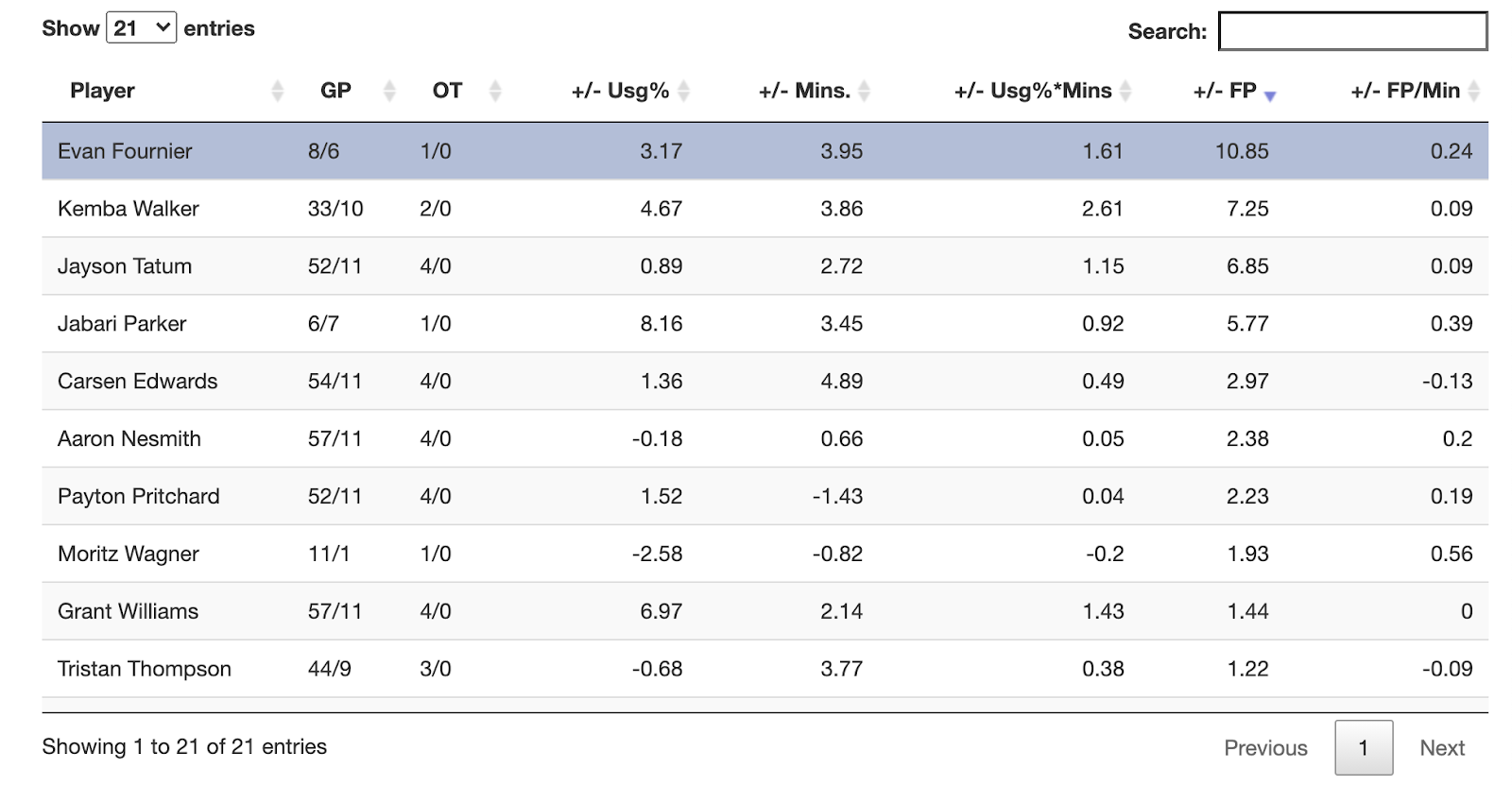 With Brown now out for the season and Kemba & Marcus Smart joining him in street clothes tonight, there should be a ton of scoring opportunities for Fournier against a rather porous Cleveland defense.

Jayson Tatum (1.15X) – Below Fournier (and Kemba Walker who is out) in terms of beneficiaries of Jaylen Brown’s absence is Jayson Tatum. Aside from blowout risk, Tatum figures to be locked into minutes in the high 30s, with a minutes ceiling in the low 40s. Cleveland does play on the slow side but their defense is absolutely atrocious – their 120.95 offensive rating allowed over the past month is the highest on the slate. Look for Tatum to feast with few other players competing for offensive usage on the Boston side.

Naji Marshall (1.8X) – In these spots where New Orleans is thin at the forward position (Ingram, Zion, Josh Hart all out), Marshall has gotten good run, getting minutes in the high 20s to low 30s. New Orleans is super thin tonight, so seems likely that Marshall will get minutes in the 30s. He’s not a super-efficient scorer, but he does take his fair share of shots (9+ field goal attempts in four straight). At 1.8x your taking Marshall as a guy who you can expect to be on the floor a lot, and hoping that he accumulates enough fantasy production while on the floor.

Anthony Davis (1.2x) – It was tough sledding for AD last night, but the opportunity was there he just couldn’t get it done on the efficiency front. 38 regulation minutes of AD, in which he takes 23 shot attempts will usually lead to good nights, expect him to bounce back from a 40% true shooting, 7.8% rebound rate night. Houston has to be the best matchup on the slate, they play fast and allow high offensive efficiency to their opponents.

James Harden (1.2x) – Steve Nash has typically brought back his star players from injury with some caution. Harden will have more productive days ahead of him, but he shouldn’t be expected to get his full run tonight.