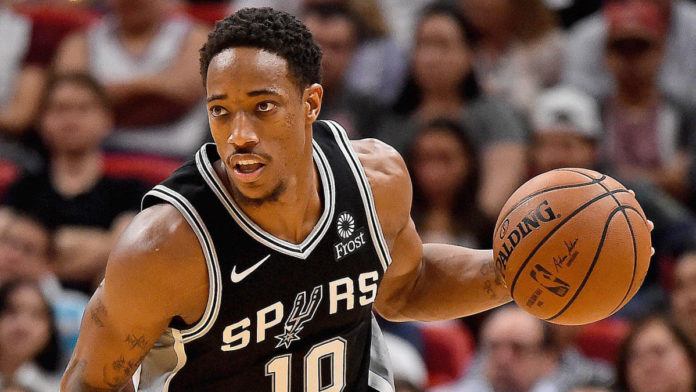 Wednesday is often the day that contains the biggest slate of NBA games during the week. That is not the case this week as we only have a five-game slate here on SuperDraft. The lack of depth in the player pool really shows itself in the forward position. There is almost no depth in the multiplier tier ranges of 1X-1.3X and 1.7X-2X. So I will be picking two forwards in the multiplier range of 1.3X-1.65X. Before we get there, let’s get into the options for the guards tonight.

With the fact that Lillard still has a 1.1X multiplier after this stretch, you should lock him into your lineup and ride this streak until it stops. This would be dicier if he was facing an elite opponent but the Rockets are not that team. Houston is ranked 15th in defensive efficiency and 19th in fantasy points allowed to opposing point guards. While I do not expect him to put up 81 fantasy points, I would expect Lillard to score in the 60s and be featured in most lineups on SuperDraft.

It is rare when two backcourt mates are top fantasy picks on the same night but that is the case tonight with Lillard and CJ McCollum. McCollum is averaging 36.2 fantasy points per game and when you factor in his multiplier, he is averaging 54.3 fantasy points per game. This is the highest average of all of the players in the 1.35X-1.65X multiplier range. While he is teammates with Lillard, he still is able to average 19 shot attempts and has a usage rate of 25.5%. His season averages are 21.6 points, 3.8 assists, and 4 rebounds per game.

Along with Lillard he benefits from the matchup against the Houston Rockets. In the two games against Houston this season, McCollum averaged 24.5 points, 3 rebounds, 4.5 assists, and 42.5 fantasy points per game. The Rockets have also had a hard time guarding opposing shooting guards as they are ranked 26th in fantasy points allowed to opposing shooting guards. If you factor in his multiplier of 1.5X, you should expect McCollum to also land in the 60s along with his teammate.

Gordon has had an underwhelming season this year as he hasn’t been as consistent and has dealt with injuries. However, in his last game against Utah, Gordon exploded with 50 points, 6 rebounds, 3 assists, 1 block, 2 steals, and 72 fantasy points. With his 1.8X multiplier value, it got him 129.6 fantasy points. This was without James Harden and Russell Westbrook in the lineup so it is unreasonable to expect something like this to happen again.

However, Harden is questionable for this game and if he is unable to go, Gordon should get a large share of the offensive burden alongside Westbrook. With the way he has been playing recently, Gordon has a great chance to have another big night. In the previous 3 games before the 50 point outburst, he averaged 23.7 points, 2 assists, 2.7 rebounds and 34 fantasy points per game. In those games, Harden and Westbrook both played. With Westbrook out, he should score in the 40s. If you factor in his multiplier it is definitely possible he scores between 68-83.3 fantasy points and provides great value for your lineup.

Derozan has been playing at an all-star level for the past month. In the past 18 games, he averaged 25.9 points, 5.9 assists, 6.2 rebounds, 1.2 steals and 44.9 fantasy points per game. He has also shot an incredible 59% from the field over that time. He has become the consistently high volume scoring threat he was in Toronto while also dishing out 5.9 assists per game.

Tonight, he is going to be expected to shoulder even more of the load with Lamarcus Aldridge out. I expect Derozan to have the ball in his hands for a vast majority of the Spurs’ possessions and with the way he is rolling right now, he should have another big night on SuperDraft with the multiplier of 1.4X.

The emergence of Bjelica has been incredible to watch since Richaun Holmes went down. In the past 10 games, Bjelica averaged 17.2 points, 8.1 rebounds, 3.6 assists, 1.4 steals, and 35.1 fantasy points per game. Nobody could have imagined this type of performance out of BJelica who before this season was just an average role player. He has shown that he can be a tremendous asset to any NBA team and your daily fantasy team here on SuperDraft.

Bjelica will be facing an Oklahoma City team that is ranked 19th in rebounding rate and 13th in defensive efficiency. The match-up is not super enticing but with the way he has played and the fact he is still at a multiplier of 1.55X, it makes him a solid play tonight.

Drummond is questionable with a left wrist injury for this game so be mindful of that when considering him. However, if he is able to go, he should be a lock for your lineup tonight. Drummond has had a great season putting up 17.3 points, 15.6 rebounds, 2.8 assists, 1.8 blocks and 50.4 fantasy points per game. He has probably been the most consistent center fantasy-wise this season considering the fact he has not missed much time with injuries either.

Tonight he has a very appealing match-up facing off against the Brooklyn Nets. The Nets have given up the 5th most fantasy points in the NBA to opposing centers and Drummond has something to do with that. In the two games against Brooklyn this season, Drummond averaged 22 points, 20.5 rebounds, 4 assists, and 68.1 fantasy points per game. If he plays, it’s reasonable to expect another monster performance and he is a steal at 1.1X.

With the middle tier of center’s pretty weak, I have chosen to go just go with a late tier pick here and it is only applicable if Andre Drummond does not play. In the two recent games Drummond has missed, Thon Maker averaged 21 minutes per game and put up 10.5 points, 9 rebounds, 1 steal, 1 block and 29.3 fantasy points per game. In these games and in his time in Milwaukee, he has shown that he is a very capable player when given the minutes.

If Drummond is unable to go, he will get the minutes and for a 2X player, he will be very productive in those minutes. As mentioned before with Drummond, the Nets are a good match-up for centers and Maker can take advantage of that if Drummond is out. If he gets the playing time, he absolutely has the chance to score in the 60s with his multiplier. With him flying under the radar, I would lock him into your lineup if Drummond doesn’t play.