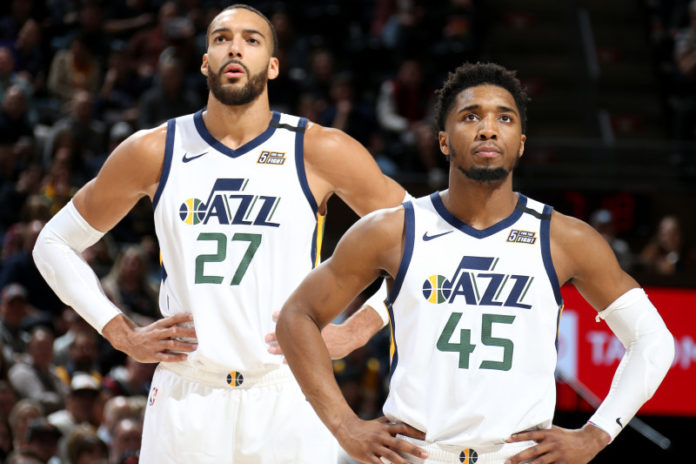 The Clippers responded in a big way in Game 3 trouncing the Jazz behind the great performances of Kawhi Leonard and Paul George. Who will do we like to step up for Utah to split the games in LA? Who do we think on the Jazz needs to be FADED? We discuss that and more!

Kawhi Leonoard (1x // 1.5x) – Of the superstars left in the NBA postseason, only three have won an NBA title and two of them play for the same team. Leonard emphatically reminded the Jazz last Saturday that you never underestimate the heart of a champion. I would not be surprised if later this summer Leonard wins a 3rd NBA title with as many different teams even though I wonder if these consistent 0-2 series deficits will wear on him and the Clippers. Expect Leonard to carry the load again and remember that the postseason is where Leonard thrives, especially with his back against the wall.

Royce O’Neal (2.1x // 3.15x), Nicolas Batum (2.15x // 3.25x) – If an NBA team wishes to reach the promised land in the postseason, someone has to get down and dirty. Think back to the days the Pistons and Bulls with Dennis Rodman or the recent Warriors title run with Draymond Green. O’Neal and Batum are not quite the tenacious defenders that Rodman and Green were for their championship squads but they are getting plenty of minutes and racking up those ancillary stats such as steals and blocks. They are also good for a few points, boards, and assists. Just do the math and you are looking at a potential 50 – 60 point night from each of them. They may not be the sexiest options but that works in our favor should they have low ownership.

Rudy Gobert (1.2x // 1.8x) – Gobert is one tough nut to crack. He usually has low ownership so when he does pop off for a 20/20 night with a few blocks, you are glad you rostered him. However, Gobert has to be one of the most inconsistent big men in the league. No doubt his defense adds tremendous value to the Jazz and he is a big reason for their success this season. However, those advanced metrics such as real +/- ratio mean nothing for daily fantasy. You need to produce by scoring and pulling boards not just setting screens or playing good defense. Look elsewhere for differentiation with your lineups this evening.