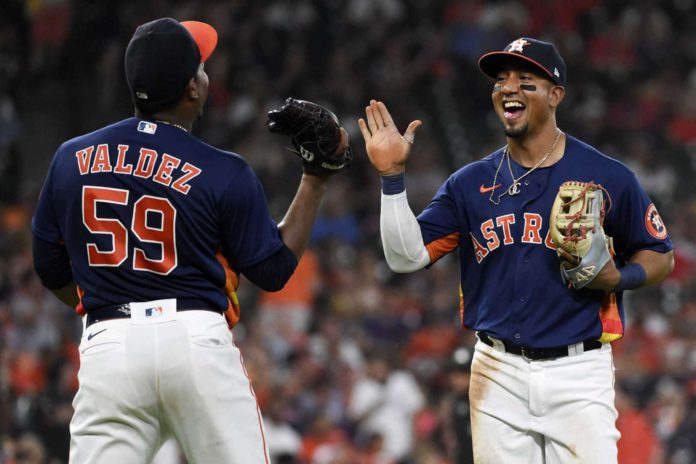 We have 14 games tonight on the MLB with an absolutely loaded group of pitchers taking the mound. Looking for the perfect pitcher to help bring you home some CASH tonight? Our friends at Advanced Sports Analytics got the stud pitcher you MUST start and more!

Click here to enter our $20 multi-entry MLB Moonshot Challenge with $2,500 in guaranteed prizes!

Peralta has a matchup with the worst team in baseball tonight and the projections are all over it. Peralta has been dominant this season, he has a 2.28 ERA good for 11th in the MLB this season and a 1.96 ERA so far in the month of June. His 6-2 record would be much better if it weren’t for a lack of run support and the bullpen blowing some games. Peralta has had absolutely filthy stuff this season, his whiff rate of 31.8% is well above the slate average of 24.1%, and just behind Kershaw’s. Peralta is averaging 7.4 strikeouts a game this season and sets up to go over this number tonight against a brewers team with a whiff rate of 30.2%, significantly above the league average of 24%. The Brewers have significant win equity tonight against a lousy Diamondback team, look for Peralta to provide significant value tonight with his 2x multiplier.

Alcantara has some win equity tonight going up against a middle-of-the-pack Blue Jay’s team. Despite a 4-6 record, Alcantara has a 3.09 ERA and 87K’s this year,  which is good for 22nd and tied for 27th in the MLB respectively. His high-quality pitching and lack of performance in the W-L column is perfectly described by his last start, where he went 8.1 innings with 6 hits, and 1 unearned run, where the marlins lost 1-0 at St. Louis. Alcantara has delivered a quality start in 11 of his 15 outings this season with only 1 really bad game skewing his number’s where he gave up 8 runs to the Dodgers in 1.1 innings. Alcantara is pretty middle of the pack in whiff rate but his 3.4% barrel rate is well below the slate average of 8.7%. With a 1.75x multiplier, expect Alcantara to provide some strong value on this packed slate.

In the highest projected run total of the night, the Astros set up to have strong blowout potential. While having less favorable multipliers, the Astros get a favorable matchup against 2-8 Jorge Lopez. Lopez’s numbers are below average across the board, and he’s had control issues this season with a walk rate of 9.6%, above his two-season average of 7.6%, and the slate average of 7.3%. The Astros lead the league in batting average, OBP, SLG, and OPS. Brantley is leading the MLB with his .350 batting average, and Alvarez and Altuve have been playing All-Star caliber baseball as well. Other Astros hitters are worth considering in 4 or 5 players’ stacks with Myles Straw, and Robel Garcia projecting really well with such a favorable matchup tonight. Look for the Astros’ to dominate the worst team in the AL tonight and put up a lot of offense.

The underwhelming Pirates are going up against Lucas Giolito and the White Sox’s monster offense tonight. As heavy underdogs at home, the Pirate’s offensive players are projecting to have no value. The Pirates are the second-worst team in the NL and aside from strong offensive years from Adam Frazier and Bryan Reynolds, there’s not much for them to be excited about. Avoid the rest of the Pirates offense tonight in a packed slate with a lot of value to find elsewhere.