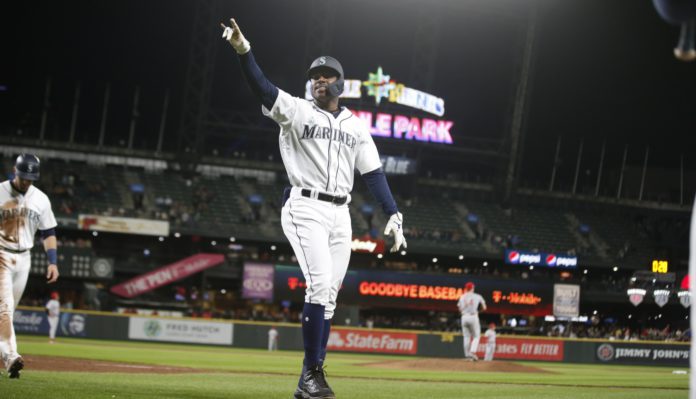 Editor’s Note: Jacob deGrom has been ruled out tonight.

Aaron Nola (1.35x) – Nola is simply put, a solid pitcher. He has above average whiff numbers, below average xwOBA allowed numbers, low walk rates, and usually piles on innings. The Brewers are a good matchup for Nola, they have a below average contact rate and the third lowest average xwOBA (behind Bauer, 7-inning game, and Lamet, not available in the player pool). With deGrom ruled out & Bauer in a 7-inning game, Nola has emerged as maybe the most trustworthy arm on tonight’s slate.

Mariners Stacks (Kyle Lewis, 1.85x + Ty France, 1.7x) – Lewis should be a household name if you were following baseball closely last year – the AL Rookie of the Year put up a 126 wRC+ in his rookie year (top-50 in the league among qualified hitters). He has been off to a slow start this year, but we’re willing to take the long form on Lewis at a near-max 1.85x multiplier. Ty France on the other hand might not be a household name yet, but if he keeps hitting the way he is it won’t be long. In a short 2020 season between Seattle & San Diego, France put up an impressive 132 wRC+, he’s at a similar 130 clip so far this year. Opposing pitcher Jorge Lopez is not particularly good at missing bats (20% whiff rate over past two years, 4th lowest on the slate), and the contact he allows tends to be good contact (11.8% two-year barrel rate, 2nd highest on the slate). As a whole the Seattle lineup can be a productive one, they have above average combined xwOBA, but a very low average contact rate. If we trust that Lopez will struggle to miss bats, the lineup power could play up tonight. For tournament purposes you’ll probably want to add another hitter or two to the Lewis/France Seattle core. Mitch Haniger (1.35x) makes for a strong option that fits nicely as a 1-2-4 stack. Sam Haggerty (1.75x) makes for a fine play with good stolen base equity, although a 2-4-6 stack could be considered a little sparse by some.