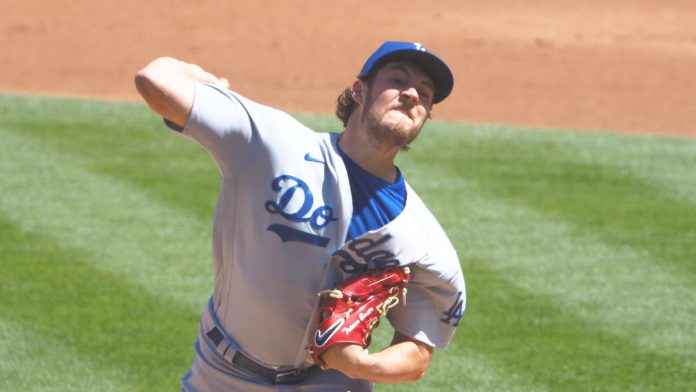 We have a MASSIVE 12 game slate tonight for the MLB and we are here to get you all the best picks and projections. Let’s get to it!

Lucas Giolito (1.5x) – Giolito has got some serious swing-and-miss stuff, his 31.9% whiff rate over the past two years is second on the slate behind only Shane Bieber (32.0%), who is the lowest multiplier pitcher on the slate, and 7% higher than the slate average. Giolito also has the ability to work deep into games, with an average of 98 pitches per start over the last two years.

Kevin Gausman (1.9x) – There is a little more volatility with Gausman, in part due to high multiplier, in part due to his pitcher traits. Gausman also misses a lot of bats, his 2-year whiff rate of 28.4% only trails top-end slate options Bieber, Giolito, & Strasburg, but he does have some risky underlying metrics. His launch angle/exit velocity implied wOBA of 0.390 is the second highest on the slate and 24 points higher than the slate average – so when hitters make contact it can be good contact. Additionally, Gausman has struggled to work deep into games at times – his 83 pitches per start over the last two years is third fewest on the slate, however he has averaged 93 pitches through his first two starts of 2021, so perhaps consider this with a grain of salt.

Jarred Walsh (2x, assumed batting 5th) – Walsh is part of a strong Angels lineup that should give him plenty of RBI opportunities, with the likes of Trout, Othani & Upton hitting ahead of him. His average contact rate and top quartile launch angle/exit velocity wOBA combined with a 2x make him a strong play either as part of an Angels stack or as a one-off hitter.
Ian Happ (1.4x, assumed batting 1st) – Happ has gotten off to a slow start this year, in part due to his low contact rate. But he is a top quartile launch angle/exit velocity implied wOBA gives him good pop, he also draws his fair share of walks, and is batting leadoff for a productive Chicago offense that should given him good access to fantasy points via runs scored.