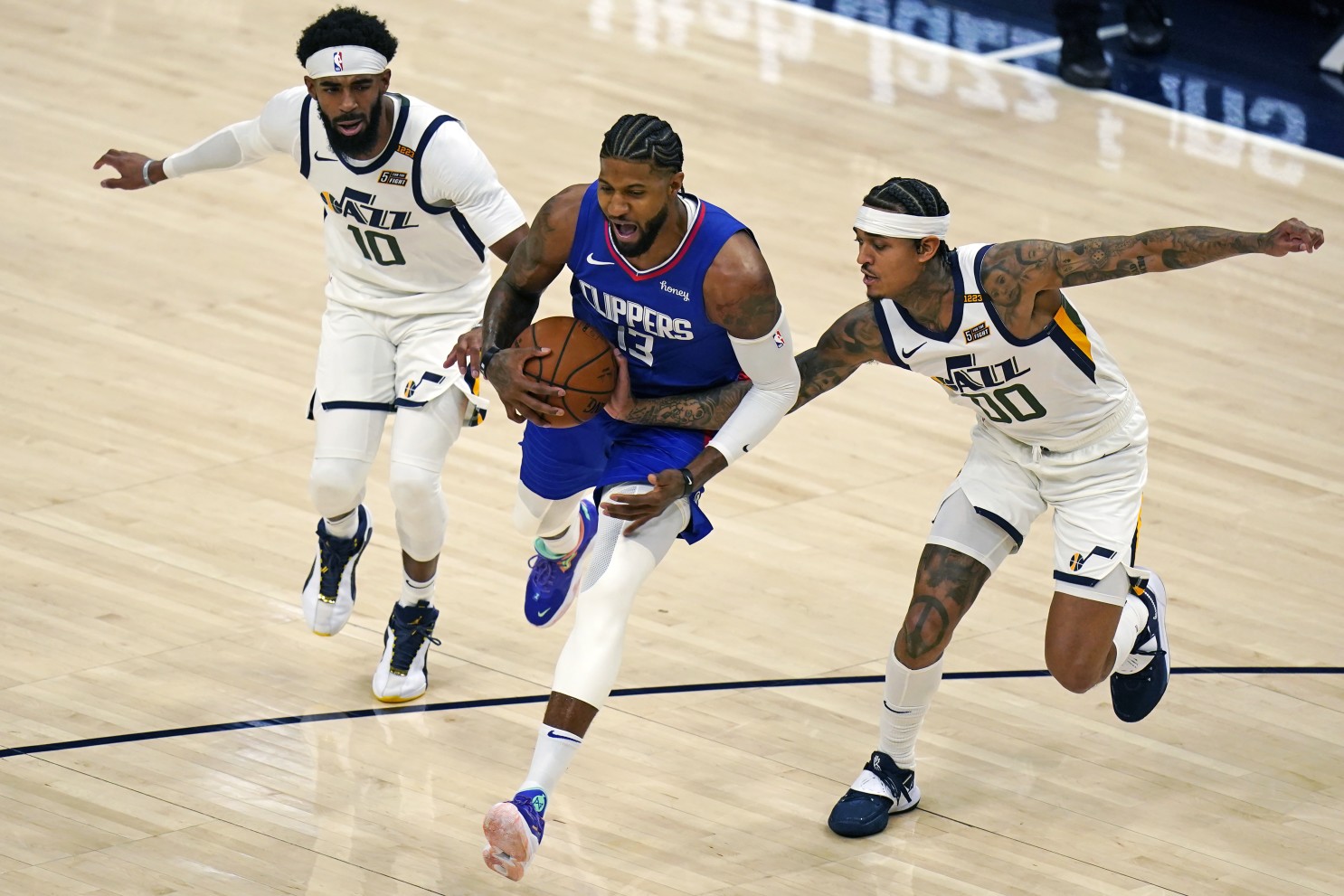 We unfortunately have a significant injury to start the Jazz-Clippers series with Mike Conley being out for Game 1 with a hamstring strain. What will the DFS ripple effects be as a result of Conley’s injury? Let’s discuss that and more with our top picks for Jazz/Clippers champion mode!

Donovan Mitchell (1.15x // 1.75x) – Mitchell has the best multiplier of the studs (himself, Gobert, Leonard, George), so right out of the gate he’s got that working for him. The injury to Conley should benefit Mitchell, in the 11 games that he has played without Conley this year he’s averaged +0.21 more fantasy points per minute across similar minutes & usage – so he’s just assisting on way more of Utah’s possessions.

Jordan Clarkson (1.95x // 2.95x) – The Conley injury also stands to benefit Sixth Man of the Year, Jordan Clarkson. In games that Conley has been out, Clarkson has averaged an extra 5 minutes of playing time, which has translate to an average of 7 extra fantasy points per game. At 1.95x we should see Clarkson log minutes in the mid 20s to low 30s, in which he will likely take many shots.

Ivica Zubac (2.1x // 3.15x) – Zubac has almost completely fallen out of the Clippers’ rotation. There is an outside shot he could see a little more run as a true Center to match up against Rudy Gobert. We’ll have to pay attention to the Clippers’ starting lineup to see if Ty Lue sticks with the Batum/Morris starting frontcourt.