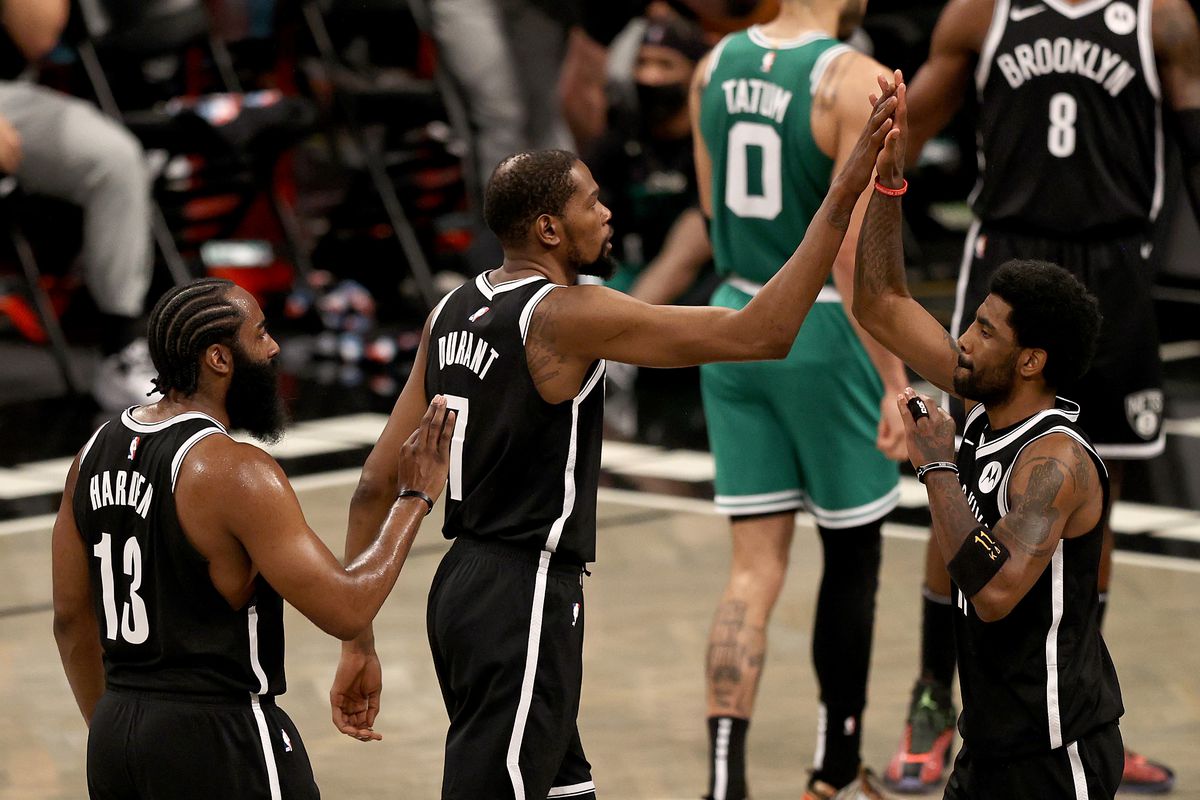 Aside from the Nets’ likely gentlemen’s sweep of the Boston Celtics, we have two huge Game 5’s tonight between the Lakers/Suns and Blazers/Nuggets. The biggest storyline is Anthony Davis likely missing this game tonight for the Lakers. Can the Lakers survive without him? More importantly which player will benefit DFS-wise from his absence? Let’s get into it!

Click here to enter our $25 multi-entry NBA Fadeaway Contest with $10,000 in guaranteed prizes!

James Harden (1.2x) – Since joining the Nets, Harden has become Russ Westbrook-lite. He’s assisting Nets’ baskets at an astounding rate: 37%, 35%, 50%, 54% through the first four games, his usage (function of shot attempts & turnovers)  has been consistently in the 20s, and he’s recorded a steal in every game this series (totaling 5 steals + blocks twice). The thing about Harden and where he differs from Westbrook: he’s 1.2x compared to Westbrook’s perennial 1x multiplier.

Kevin Durant (1x) – Forward continues to be the thinnest position on the SuperDraft slate, Durant looks like a near lock button play, aside from Tatum & LeBron (each 1.15x) there aren’t many other Forwards likely to challenge Durant as the top Forward (or much less a top-3 forward). Durant is known for his elite scoring, but the defensive numbers pop for Durant – he is averaging nearly 4 steals + blocks per game this series. But of course the offensive numbers are great for Durant too – consistently producing usage rates near or above 30%, offensive efficiency, non-zero rebounding and assisting productivity. There is some blowout risk, but we expect the Nets to keep their foot on the gas to close out the Celtics.

Nikola Jokic (1x) – Jokic won’t challenge 40+ minutes like some of his other low-multiplier neighbors, but at the Center position where there aren’t really any other Centers who can project for nearly 40 minutes, his mid-30s minutes should do just fine. He’s been scoring at will against Portland but we have yet to see him fill it up in some of the peripheral categories. DeAndre Ayton makes for a strong pivot off Jokic, he’s got the better multiplier and has been very productive for Phoenix, with a double-double in each of the first four games, and a high likelihood of being the Center who logs the most minutes on the slate.

Every Type Of Bet