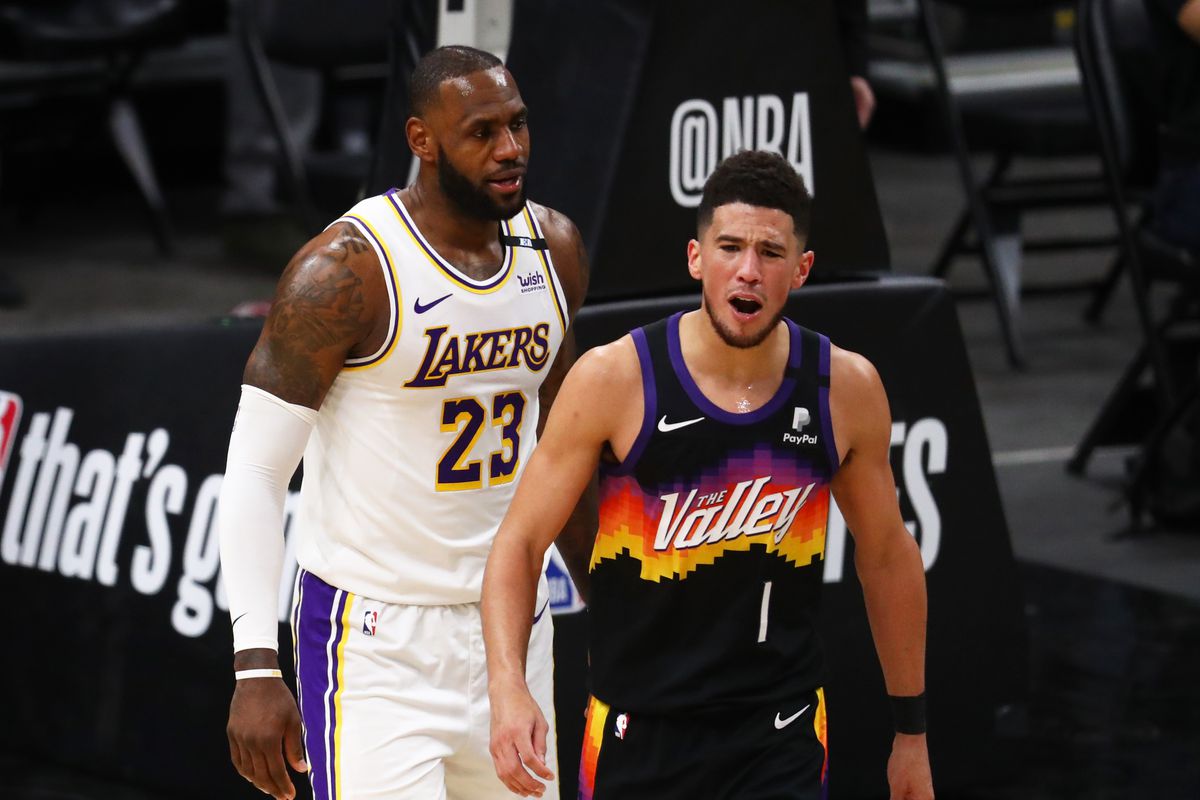 Lebron and the Lakers look to take a series lead vs PHX tonight. With CP3 tending an injured shoulder, we’ve got to look to Booker to put up some BIG numbers. Let’s dive into the numbers and see who our strategy team thinks is worth a play and worth a fade!

Coming off a tough Game 2 loss, look for Booker to revert back to his Game 1 numbers where he was 50% from the field on 26 shots. Booker has seen over 40 minutes of action each of the past two games, with 7 boards and 8 assists in the Game 1 win. Expect the Suns to get back to playing through Booker as they look to replicate the Game 1 script to try and get the series lead back. With only a few other low multiplier guys, Lebron at 1x and AD at 1.05x, Booker has some value after leading each of the first two games in FGA. If Booker can get involved on the boards and playmaking as he did in Game 1 look for him to be a tournament winner.

Bridges saw a pivotal 40 minutes in the Game 1 win before logging only 26 in a Game 2 loss. Bridges has seen 4 and 5 3-point attempts in the first two games respectively and he’s averaging almost 5 rebounds a game this year. Bridges can see anywhere up to the second most FGA’s, as he did in Game 1, and with a 2.15x/3.25x he has the real upside to be a tournament winner. Look for him to capitalize as he has all season with his 54% field goal percentage and 43% clip from 3.

After a decent season seeing just shy of 30 minutes and 13 points per game, Kuzma has completely flopped in the first two games of the series. After seeing 20 minutes in each of the first two games he has 2 points to show for it and a relatively empty box score. Understandably, the Lakers run through Lebron and AD, but until Kuzma shows he can play a valuable role in the offense, steer clear from including him in your line-ups.