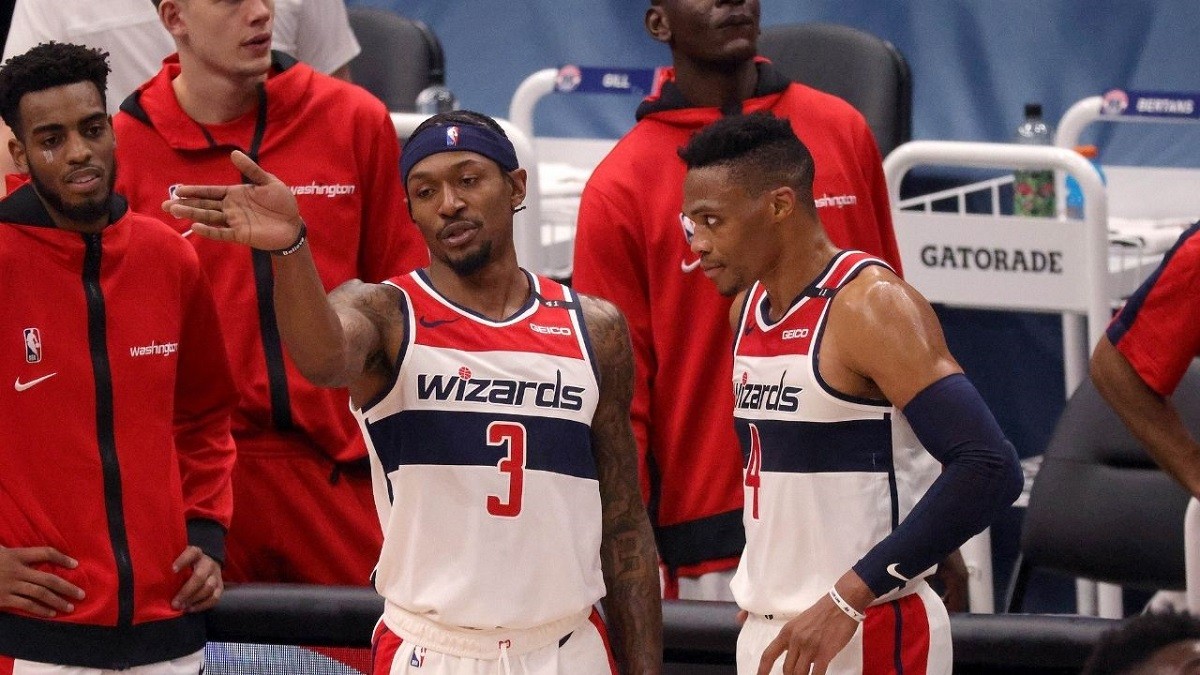 This one is sure to bring some magic. With Brodie, Beal and the Wizards looking to bounce back from an off night, we can expect another great game. Russ’ off-night, though uncharacteristic, makes him an ideal start. Let’s dive into the numbers and see who else our strategy team LOVES in this NBA Playoff Slate!

Russell Westbrook (1x) – On a slate with a bunch of slow teams, Washington/Philly stands out out as the the most uptempo game environment – Washington plays super fast, Philadelphia plays slow but not quite Knicks or Jazz slow. Of course Westbrook fills it up – 30% usage rate, 48% assist rate (league-high), 17% rebound rate. He played a big 43 minutes in Game 1, but struggled in many facets of his game we’ve known to trust: scoring, steals, rebounds. Expect a bounce back for Brodie, if there were any player worth of a sub-1x multiplier, Westbrook would be it.

Tobias Harris (1.25x) – As previously mentioned, Washington/Philly is the pace up game on the slate, the game total is nearly 10 points clear of the second highest game total. Harris has quietly asserted himself as a neck-and-neck go-to option within the Philadelphia offense alongside Embiid. Embiid obviously does more in the peripheral stats, but he’s 1.05x compared to Harris’ 1.25x. Best team total on the slate, 1A/1B offensive role on said team, 1.25x price tag. Sign us up for some Tobias Harris.

Jonas Valanciunas (1.35x) – There is a tight tier of Centers in the 1.25-1.35x range, including Capela & Gobert. Gobert & Capela bring a little better defensive & rebounding value, but our projections feel that Valanciunas’ +0.1x multiplier makes up for the small productivity delta.