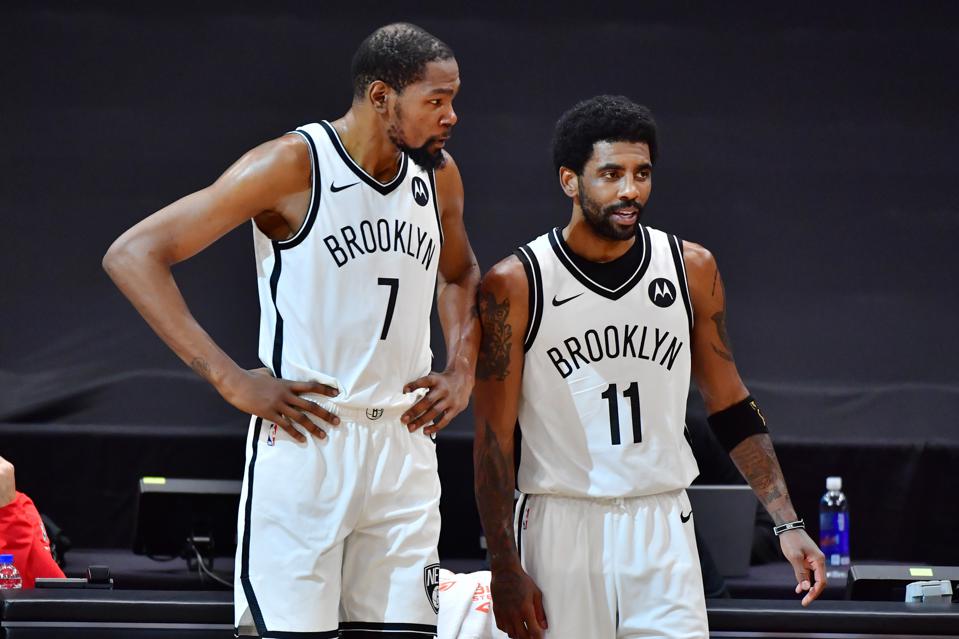 We’ve got a wild night of basketball ahead! With Brooklyn’s big 3 heating up, The Suns taking a 1-0 series lead over the Lakers, and Dallas coming off a big win, this 3 game NBA slate has A LOT of fire power! Let’s dive in and see the top plays and fades for tonight’s main slate!

James Harden (1.2x) – Taking a step back from individual players, the Brooklyn/Boston game has a game total more than 10 points higher than the next highest game. Phoenix, L.A. Clippers & Lakers, an Dallas all play slow, Boston & Brooklyn both play fast. So in general there is a latent boost for players in this game. Harden has the highest multiplier of the Nets’ big 3, he also has the clearest route to a triple double on the Nets side. He doesn’t take as many shots as KD & Kyrie, but makes up for it with the higher multiplier and a balanced game (he is by far the best distributor on Brooklyn).

Luka Doncic (1x) – Doncic probably has the most triple-double equity on the slate, although at only 1x it is a less valuable outcome than a triple-double from Harden or a double-double from a deep play like Tristan Thompson. Nonetheless, Doncic can fill it up, and while the DAL/LAC game total of 216 isn’t super high, it is not LAL/PHO (210) low.

Kawhi Leonard (1.2x) – Leonard isn’t quite as prolific of a peripheral stat compiler as Harden or Doncic, but he’s probably third behind them on the slate in terms of his ability to score, rebound, and distribute. He is also an elite defender that can rack up steals & blocks with the best of them. At 1.2x he can score in so many different ways, it is hard to envision him failing massively.

Jayson Tatum (1.15x) – As mentioned above with Harden, Boston/Brooklyn is the best game environment on the slate. Tatum is the alpha on Boston, he really takes over when Jaylen Brown is out. In the 14 games that Brown missed in the 2020-21 season, Tatum averaged an extra +3.2% usage rate, +1.1 minutes (expect this to play up given tight playoff rotation), +7.65 fantasy points (this should play up as Tatum’s minutes play up too).

DeAndre Ayton (1.3x) – Center is somewhat thin tonight. After Ayton & AD, you’ve got Tristan Thompson who will get pretty good run, but tends to be relatively unproductive per-minute (although that 1.7x multiplier makes him palatable), Robert Willams who won’t play a ton of minutes but has insane per-minute efficiency, Porzingis who will play a lot but just hasn’t been as productive per-minute as you would like & has a big pace-down math up, and then Zubac & Drummond who didn’t play much in Game 1. Ayton feels like the best mix of decent multiplier, will play a lot of minutes, and has good per-minute productivity on the offensive end, defensive end, and on the glass.

Anthony Davis (1.05x) – Davis makes for probably the safest play on the slate. You know that he’s going to play a ton of minutes, you know what he can do on both sides of the floor and that he’ll get plenty of offensive opportunity. In a slate where every other Center could possibly fail, that makes him a very strong consideration.

The 3 players You Wish You Had in Your NBA Lineup...