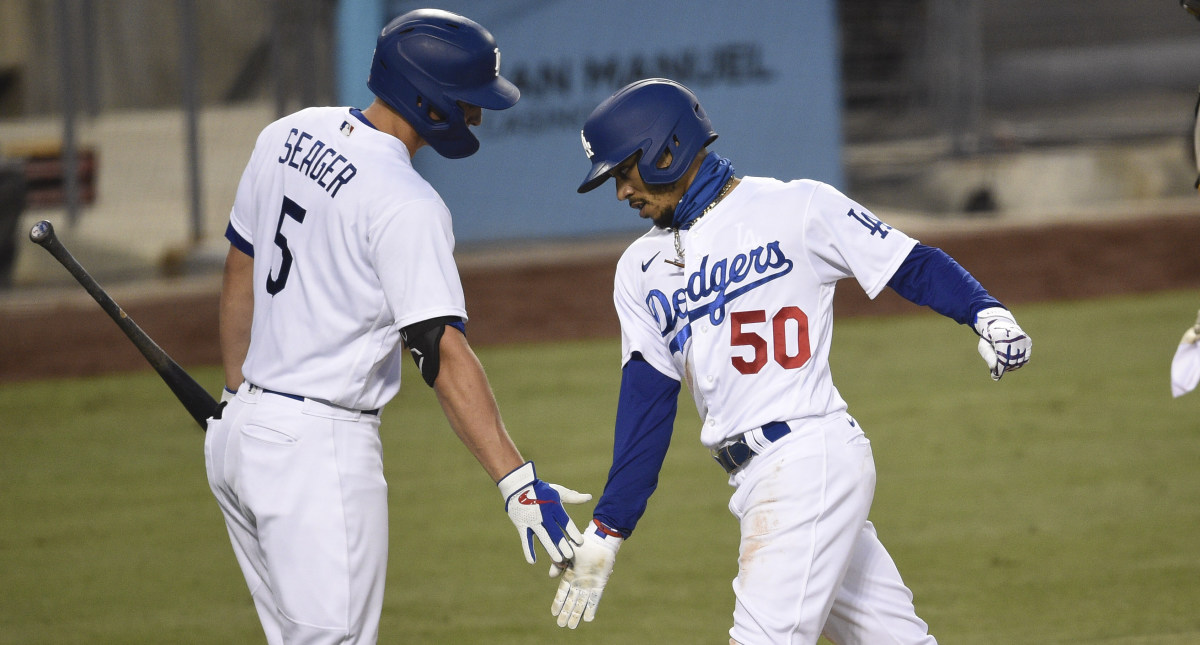 Kyle Gibson (2x) – It is a messy slate at pitcher. You’ve got Trevor Bauer, former Cy Young winner, available at 1x, going up against a not-very-good Milwaukee lineup (lowest lineup average contact rate, lowest lineup average estimated wOBA). But it is 1x, Bauer really only can rise to the top if every other high-multiplier pitcher fails, or he puts together a big 7+ inning, 10-strikeout type performance (of course within his range of outcomes). Bauer figures to be a fine play from a floor standpoint, and therefore for cash purposes. However, for tournaments, on a slate like this where there are a bunch of middling-to-low-quality, high-multiplier pitchers, we would recommend taking diversified exposure to a few of these high upside pitchers. Gibson looks like one of the best options – his metrics are good, it is just a tough matchup. Over the past two years, Gibson’s 26.8% whiff rate ranks second highest on the slate, behind only Trevor Bauer’s 27.7% whiff rate. Gibson’s allowed estimated wOBA over the past two years is the 4th highest on tonight’s slate, and Boston can really hit the ball hard (their projected lineup average wOBA is highest on tonight’s slate). So there is risk with Gibson, but aside from Bauer, all of tonight’s pitchers have some risk. The upside is there for Gibson given his ability to miss bats & the 2x multiplier.

Dodgers Stacks (Will Smith, 1.4x + Mookie Betts, 1.05x + Corey Seager, 1.2x + Justin Turner, 1.2x + Max Muncy, 1.2x) – The price is simply excellent on these Dodgers hitters. Lauer is a decent matchup, he is actually decent at controlling quality contact, his two-year expected wOBA allowed is towards the bottom of starters on tonight’s slate. But he does not generate many whiffs, his two-year whiff rate of 18% is second lowest among slate starters. You’re kinda just counting on Lauer to fail to strike out LA hitters, and then the hitters generating the hard contact they usually do in spite of Lauer’s ability to keep contact on the weak side. If you’re entering a single lineup you’ll have to pick your preferred stack, but if you’re entering multiple lineups it probably makes sense to get exposure to a smattering of Dodgers’ hitter combinations.

Matthew Boyd (1.6x) – Boyd is usually a guy that goes underowned (per our estimation), as people perhaps underestimate his strikeout upside. But this is really a terrible matchup for Boyd, going up against the vaunted Chi Sox lineup. From a pricing standpoint he is also in a bit of limbo – he is the second lowest multiplier at his position but we don’t feel he offers any less risk than any of the other pitchers with higher multipliers than him, and his floor is massively lower than that of Bauer, the only pitcher with a multiplier lower than his.