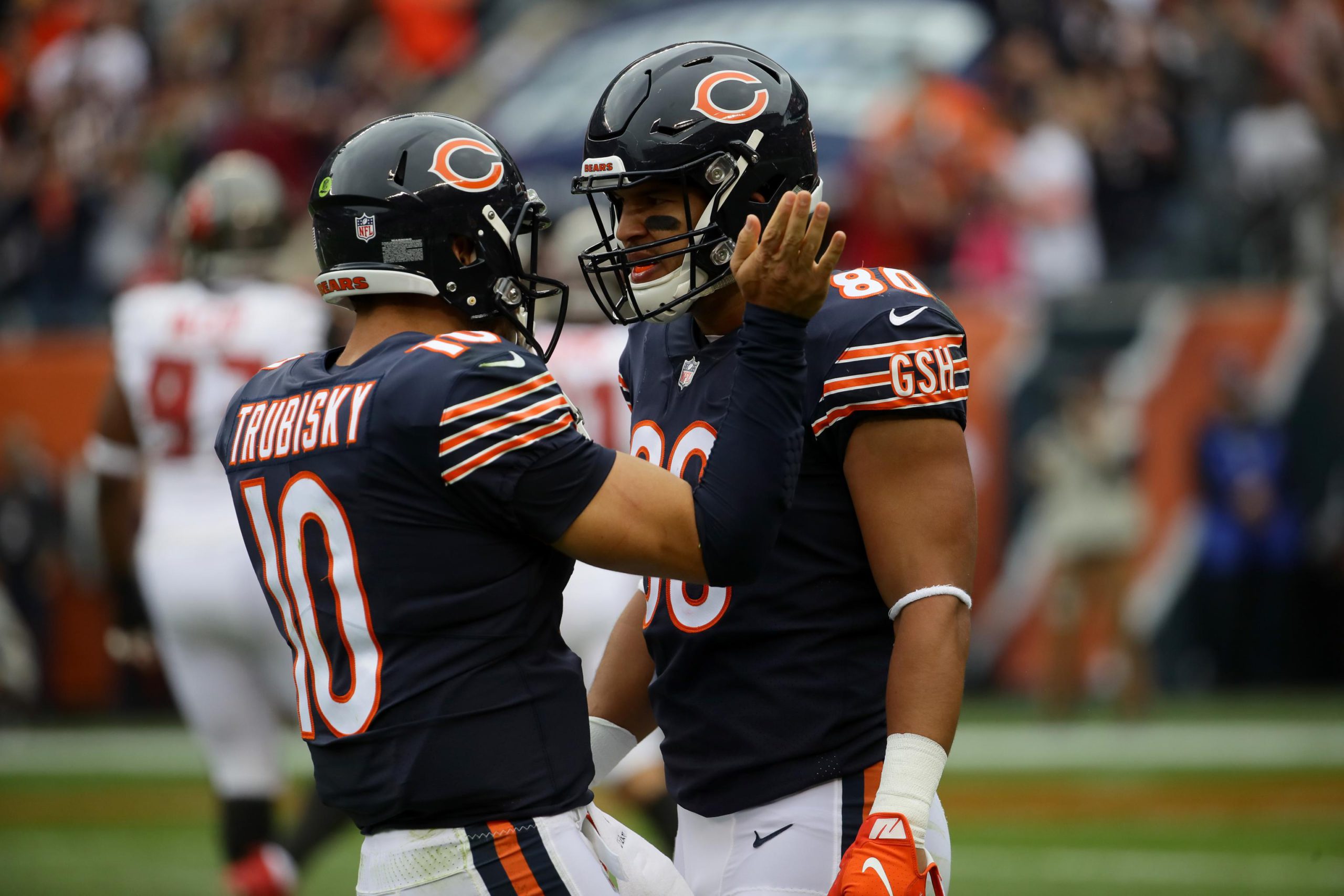 With the games widely spread out this week, the main slate is a bit barren with only 10 games. Despite this, there is a stack in this slate that is a sleeping giant that will crush the slate when it wakes. The slate resides with the team that has the second best record in the NFC North.

A Chicago Bears stack is certainly not one you would expect to be a slate breaker but the circumstances give it a great chance to be just that. Since Mitch Trubisky got his job back, he has played some of the best football of his career. In four games, he has thrown for 978 yards, 8 touchdowns, 3 interceptions, and averaged 17.9 FPPG. When you factor in his multiplier of 1.6X, that average goes up to 28.6 FPPG. For Context, Patrick Mahomes is averaging 26.6 FPPG for the season and his multiplier is 1X. Even better for Trubisky is he gets to face off against a Jaguars defense that has given up 3,893 yards, 31 TDs and 24.4 FPPG to opposing quarterbacks. Only the Falcons have struggled more against opposing quarterbacks.

A player that is going to help Trubisky put up good numbers is his #1 receiver Allen Robinson, who has taken a leap since Trubisky has returned to the lineup. Since Trubisky was put back in, Robinson has put up 17.3 FPPG and 22.4 FPPG when you factor in his 1.3X multiplier. Calvin Ridley is putting up 17.5 FPPG for the season and he has a multiplier of 1.1X. This level of production should continue against the Jaguars as they have allowed the 6th most FPPG to opposing wide receivers. In addition to that, Robinson has next to no competition for targets at the receiver position among his own team. It would be shocking if he does not get the lion share of the targets.

The last piece of the stack is David Montgomery who has inexplicably turned into one of the best fantasy running backs in the NFL since Trubisky took over. In the last four games, he has carried the ball 71 times for 434 yards, and six touchdowns. He’s averaged 26.4 FPPG and 34.3 when you factor in his 1.3X multiplier. With the Jaguars giving up the 5th most FPPG to opposing running backs, this feels like another big game in the making for Montgomery. If the Bears can get a lead in this game, I would feel even better about it.

When you combine the level of the recent production of these three players with the multipliers they have, and the team they are playing, it has all the makings of being an incredible stack.