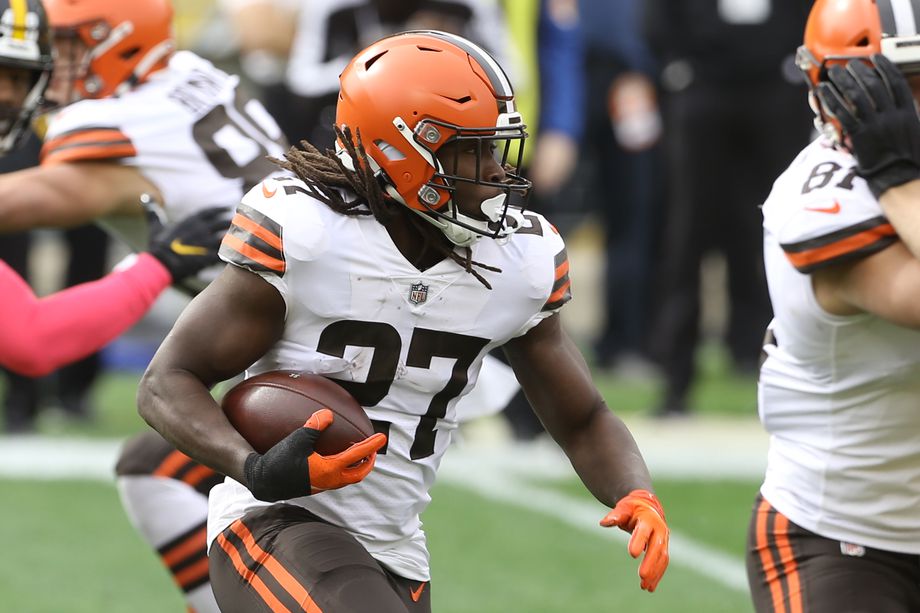 There was no doubt that Week 7 was the best week of the 2020 NFL season so far. Four games in the early window came down to the final seconds and the Cardinals-Seahawks game on Sunday Night Football was the game of the year. On top of all of that, there were no games suspended due to covid! It was a fantastic week that will be hard for Week 8 to top. However, Week 8 does present a handful of great matchups for us to watch. Within these games, will be some great fantasy performers who will help you win on SuperDraft!

Starting at the quarterback position, it is very hard not to be optimistic about Aaron Rodgers this week. Aside from the one stinker he had against the Bucs, Rodgers has been close to flawless this season. In the five other games he’s played this year, Rodgers averaged 27 FPPG and threw 17 touchdowns with no interceptions. This level of play is right on par with what Patrick Mahomes has done this season. Rodgers is essentially a 1-1.05X quarterback that you get to snag at 1.2X.

What is even more encouraging for Rodgers is that he is playing the Vikings who he has already played once this year. In Week 1, Rodgers torched the Vikings throwing for 364 yards, four touchdowns, and a season-high 32.76 fantasy points. The Vikings have not gotten any better defensively since then so I see no reason why Rodgers can’t have a similar performance on Sunday.

It was only a couple weeks ago where Kareem Hunt was a part time player for the Browns offense as he played behind Nick Chubb. Injuries to Chubb and Odell Beckham have all of sudden made Hunt the focal point of the Browns offense. He showed that last week against the Bengals, as he accumulated 102 scrimmage yards and one touchdown which was good for 17.7 fantasy points. This is no fluke for Hunt as he has still found a way to average 16.4 fantasy points per game this season and we saw what he could do as the main back in Kansas City.

This week is as good of a match-up as you could hope for Hunt. He is facing off against the Las Vegas Raiders defense that has given up the 2nd most fantasy points per game to opposing running backs. They have also given up the 2nd most yards receiving to running backs and Hunt is as capable of a pass catcher as any running back in the league. With the Browns short-handed with no Beckham, they are going to have to rely on Hunt in the running game. With Hunt carrying a 1.3X multiplier, he should be locked into everyone’s lineups.

Very quietly, there have not been many players providing more value at the wide receiver position than 49ers rookie Brandon Aiyuk. This season he is averaging a very solid 11.4 FPPG and 19.4 FPPG when you factor in his 1.7X multiplier. He had his breakout receiving game of the season this past week against the Patriots as he caught 6 passes for 115 yards which were good for 16.5 fantasy points. What makes Aiyuk even more intriguing is the fact that Deebo Samuel will miss this game. Samuel has only played in two full games this year. In the four games Samuel did not finish or play in, Aiyuk averaged 12.7 FPPG.

Aiyuk has shown that he can produce as the #1 option in the 49ers offense. On top of that, he gets to face the Seattle Seahawks passing defense which has been abysmal this season. The Seahawks give up the most fantasy points to opposing wide receivers by a huge margin. The Browns are the next closest giving up an average of 15 FPPG less than Seattle. With how incredible Russell Wilson has been for the Seahawks, the 49ers will have to throw to keep up in this game. I expect Aiyuk to put up big numbers and be a steal at 1.7X.

After Waller got shut down by the Patriots in Week 3, he has bounced back nicely with three good games. He scored 11.3 against the Bills, 13.3 against the Chiefs, and 14 against the Bucs. He is still Derek Carr’s clear number 1 option in the offense and that 1.2X multiplier gives him a lot of juice at the tight end position.

Waller gets to face a Browns defense that is 21st in fantasy points allowed to opposing tight ends. Waller will also be only the 2nd elite tight end the Browns have faced as the other was Mark Andrews. Andrews in Week 1 put up five catches for 58 yards and two touchdowns against the Browns. I expect this to be a high scoring affair in which Carr will have to throw the ball a decent amount. When Carr goes back to pass, expect the ball to go Waller’s way 10 or more times.