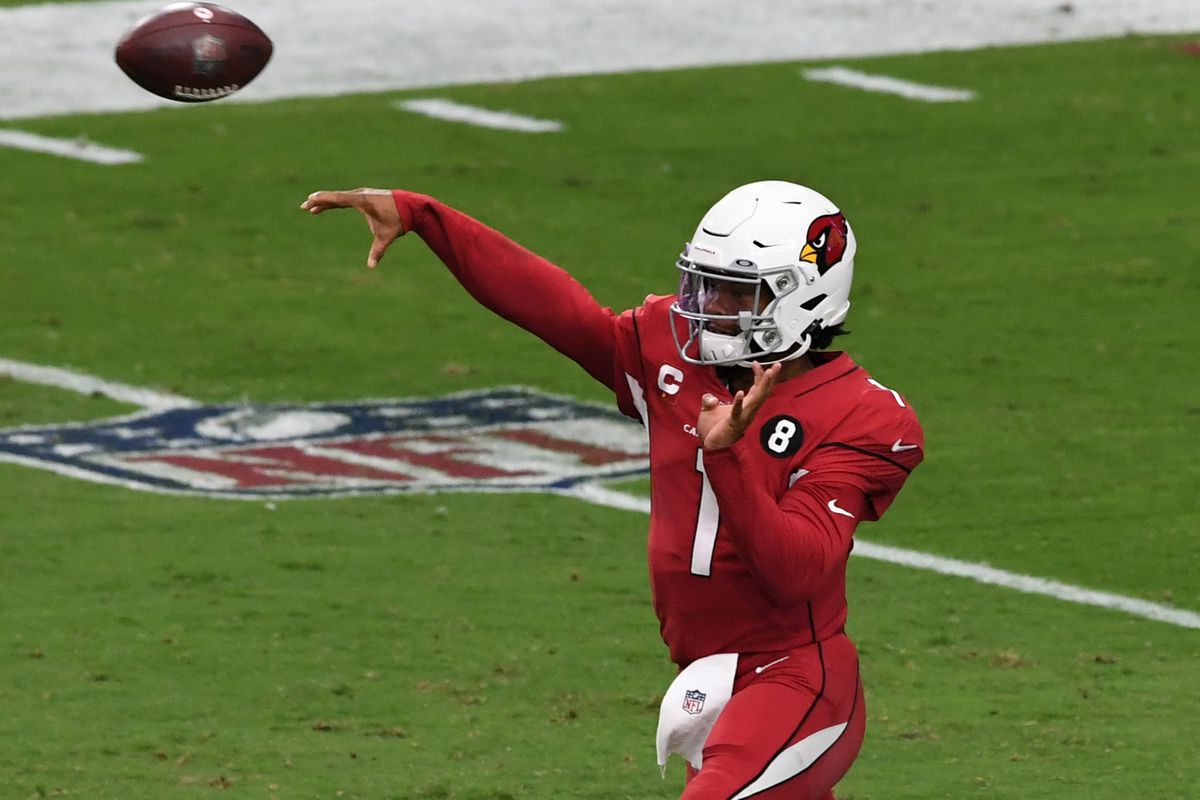 This week’s options are more limited than normal in Week 7, so I’m here to help you navigate this draft group to build a great lineup!

Things are trending in a positive direction for Kyler Murray and the Cardinals after they went to Dallas on Monday night and steamrolled the Cowboys 38-10. Murray was only 9-24 passing but he still had three touchdowns, 262 total yards, and 28.92 fantasy points. With the weapons he has around him, it is fair to expect these types of performances consistently now from Murray especially given his ability to run.

What makes him so appealing this week, is the fact he is facing the Seattle Seahawks defense. Seattle, despite being 5-0, has given up the 2nd most fantasy points per game to opposing quarterbacks. Not only that, but the game script is going to call for Murray to throw the ball quite a bit. It is almost a guarantee at this point that Russell Wilson will lead Seattle to at least 30 points in this game. Murray is going to have to throw the ball to keep pace with Wilson and with the weapons he has, I think he is poised for a huge game. Add in the little extra juice of the 1.15X multiplier, Murray is a great option this week.

Other players I like at the position: Matthew Stafford (1.4X), Joe Burrow (1.6X)

On last week’s episode of fantasy gainz, I advised everyone to fade Aaron Jones despite how great of a start he got off to because of the match-up vs the Bucs. Jones ended up 15 yards on 10 carries and 1 touchdown with 3 catches for 26 yards. I am doing a 180 on Jones this week because he is going from facing the best run defense in the NFL to the worst. Even firing Bill O’Brien was not going to change the fact that the Texans can’t stop anyone on the ground.

The Texans complete the trifecta of having bad run defense as they have given up the most yards, touchdowns, and fantasy points to opposing running backs. It was particularly ugly last week as Derrick Henry ran for 212 yards and two touchdowns. Aaron Jones is not Derrick Henry but he has still had a fantastic season. In his first four games, he scored 15.6, 45.6, 15.6, and 19.6 fantasy points respectively for an average of 23.6 per game. Against a defense as bad as the Texans are facing the run, I do not see a circumstance in which Jones does not have a huge game. When you combine that with the fact he has a 1.15X multiplier, it is a no brainer to have him in your lineup for this week.

While Golladay has struggled with injuries so far this season, that has not stopped him from being a productive receiver in the three games he did play in. In Week 3 against the Cardinals he had 6 catches for 57 yards and a touchdown, in Week 4 against the Saints he had 4 catches for 62 yards and a touchdown, and last week against the Jags he had 4 catches for 105 yards. He is playing at the pro bowl level he was at last season. The injuries have kept Golladay at a 1.35X multiplier but I believe that will change after this week.

Golladay gets to face the Falcons who have gotten absolutely torched in the secondary in the 2020 season. The Falcons have given up the 3rd most fantasy points to opposing wide receivers and the 2nd most yards to opposing wide receivers. Last week against Minnesota was the recent example as Justin Jefferson went off for 9 catches, 166 yards, and two touchdowns. I feel a huge game coming from Golladay and the 1.35X multiplier makes him a borderline lock.

With only 11 games in this slate, the position you can really feel the lack of depth in is at tight end. Travis Kelce is only one of four tight ends in the multiplier range of 1X-1.4X with George Kittle (1.1X), TJ Hockenson (1.25X), and Jonnu Smith (1.4X) being the others. With not much depth in the higher multiplier range either, that is why settling on Kelce even at 1X feels like the best bet. Kelce is having another great season so far with 37 catches, 470 yards, and five touchdowns through six games. When you average this out to a 16 game sample size, his numbers would be 99 catches, 1,253 yards, and 13 touchdowns. These stats are as good as any season he has had in his career.

Aside from the consistently good performances Kelce has put out in 2020, he has a nice matchup against the Broncos. Kelce has always had good games against Denver in particular the previous one he played against them. In Week 14 of last season, Kelce had 11 catches for 142 yards against Denver. I feel very confident Kelce will have another big game this week and with the lack of other options, he is the safest pick at tight end.

Other players I like at the position: Jared Cook(1.7X), Dalton Schultz (1.8X)