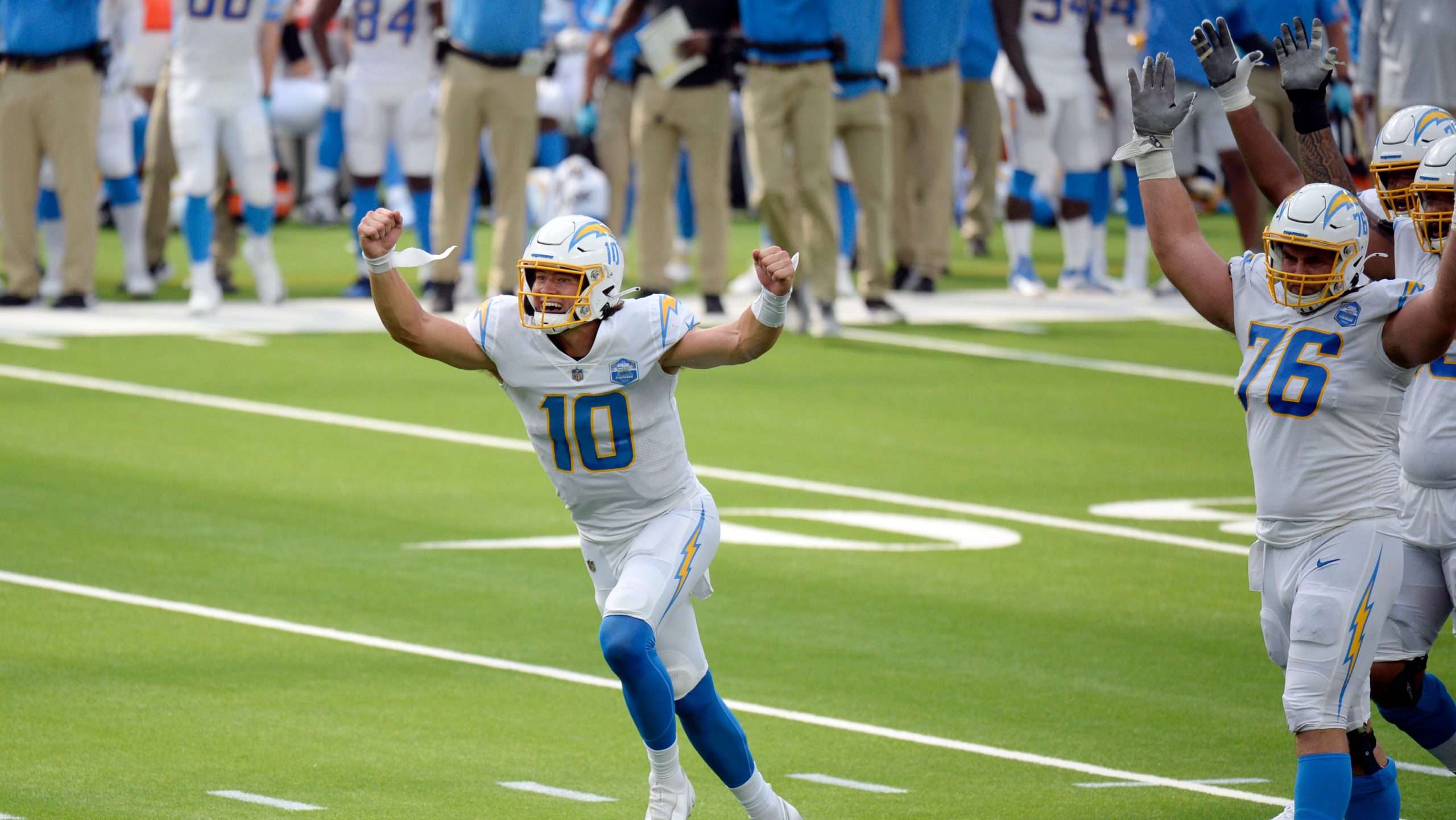 From rookie signal-callers shining, to studs going down with injuries, all the way to recovered onside kicks, we have seen it all so far this season. With injuries stealing the headlines thus far, I’m giving you a four-pack of value plays as we head into the weekend.

I am a weak man who has flaws and I’m not perfect. The things that get me in trouble the most are freckles and recency bias. Now, Justin Herbert doesn’t have freckles (to my knowledge) but he sure did ball out last week against the defending Super Bowl champs. The rookie threw for over 300 yards and a score while completing 67% of his passes.

That kind of performance as a rookie is one thing, but doing that after finding out you’re starting moments before the game? With all of the first-team reps this week and time to prepare, there is no reason to think Herbert can’t match or surpass last week’s performance.

Others I like at the position: Ryan Tannehill 1.3X, Matt Stafford 1.35X

I mentioned Conner on Fantasy Gainz Wednesday but this needs to be stated again. After a Week 1 where we saw Conner injured again, and Benny Snell Jr. pop off in what we thought was him claiming the starting role, Conner reclaimed the throne in Week 2 while Snell put up a stinker.

Last week against Denver, Conner had 16 carries for 106 yards and a TD putting up 35.87 SDPTS with his current multiplier. Getting a bell-cow at 1.7X should move the needle for you especially because of his matchup against the Texans. In Week 1, Houston allowed 168 yards rushing on 33 carries and a score and then followed that up with allowing 176 yards rushing on 21 carries and a touchdown.

The J.J. Watt-lead defense has allowed 6.4 YPC this season and are staring down the barrel of a 0-3 start. Bye Bye Bill O’Brien.

As of Thursday night, A.J Brown has not practiced all week after missing action in Week 2. It seems that things are trending towards Brown not being able to suit up on Sunday and this certainly helps Davis’ stock.

He took a back seat to tight end Jonnu Smith on Sunday but still managed to find the endzone catching three of five targets for 36 yards. After a week 1 performance where he caught seven of his eight targets for over 100 yards, it’s clear that the Titans and Ryan Tannehill have trust in him and with the Vikings secondary allowing five TDs to WRs through the first two weeks AND having both starting cornerbacks out – Davis is a must-start.

Others I like at the position: Terry McLaurin 1.3X, Allen Robinson 1.65X, Diontae Johnson 1.7X

I talked about this play on Fantasy Gainz as well but I love it so much that I’m gonna keep on saying the same things. Hurst had a productive day in a shootout with the Cowboys posting five catches on eight targets for 72 yards and a score. It wasn’t anything spectacular but it’s worth noting the Julio Jones is listed as questionable and wasn’t impactful on Sunday at all.

Obviously this will give a boost to guys like Calvin Ridley and Russel Gage, but the Bears have faired well against receivers this season only allowing 26 catches on 45 targets and no touchdowns while allowing 13 catches on 16 targets, 110 yards and a touchdown to tight ends. I know that this will be the best receiving core they have faced this year, but I’m riding with Hurst and expecting a big day.