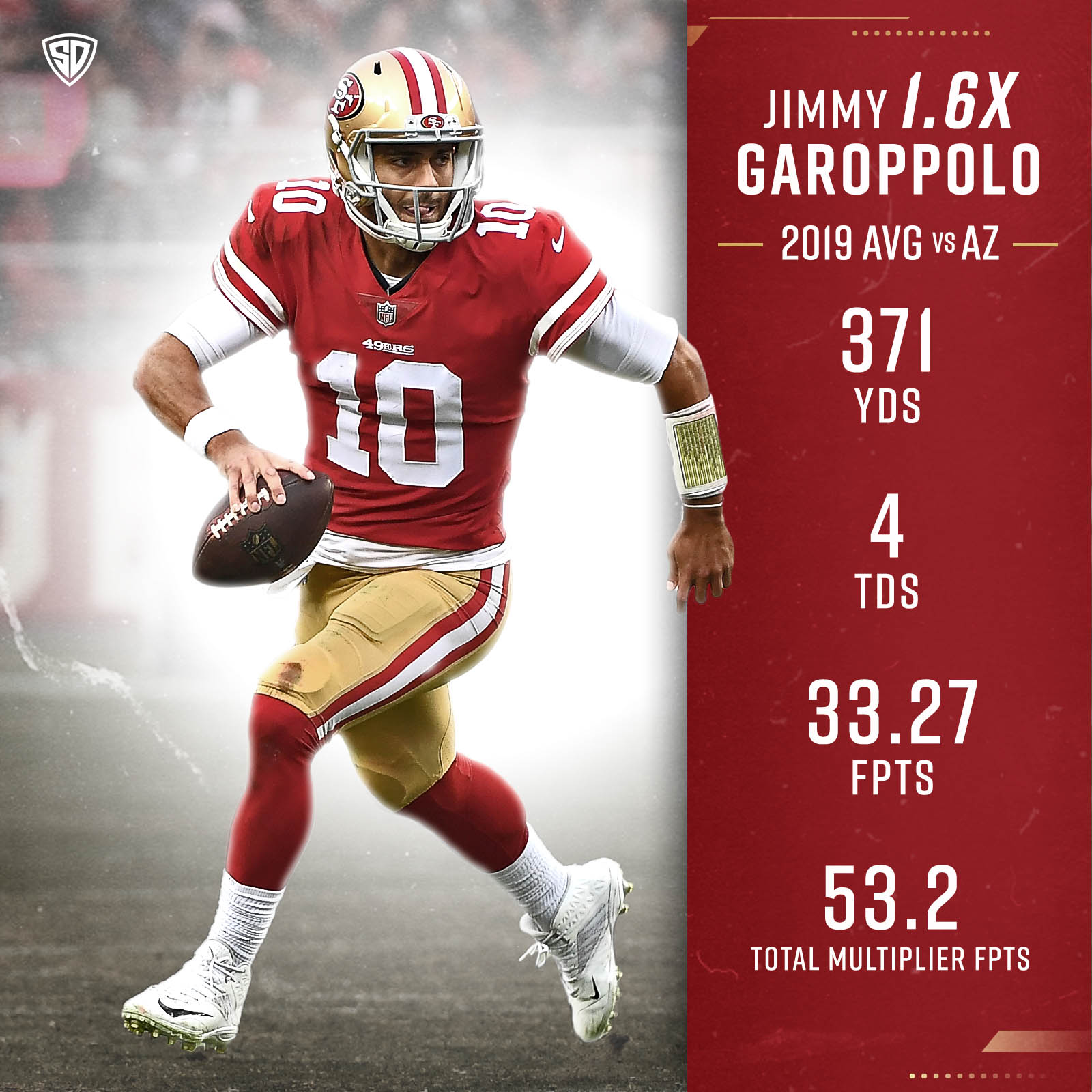 Week 1 is full of questions when it comes to multipliers and getting juice at the quarterback position is a great start when building your lineups. Let’s see which guys are worth gambling on to start the season!

Jimmy G could very well be the QB in the lineup that takes down the Red Zone contest in Week 1. The 49ers’ offense is built on the running game which can limit their quarterback at times, but he has shown he can sling it when he has to. There were only four games last season where Garoppolo threw three or more touchdowns and two of them were against this Cardinals team.

In two games against the Cardinals, he was 62-82 and threw for 741 yards with eight scores and only two picks. He shredded this team through the air and that was clearly the plan as the 49ers ran for 101 yards in their first meeting and only 34 in their second.

The Cardinals totaled 51 points in the two games last year against San Francisco and have added offensive firepower by trading for Deandre Hopkins in the offseason to give second-year signal-caller Kyler Murray the superstar-receiver he needs. This team will score points this season and it looks like the 49ers are going to have to put some points up themselves to keep up in week 1.

Garoppolo is my top QB play for the start of the season. It’s hard to look past his 53.2 FPPG at 1.6X against the Cardinals last season. Even if Deebo Samuel doesn’t suit up for this one, they have the weapons in George Kittle and rookie Brandon Aiyuk to make an impact.

TMobile won’t be a popular pick but he’s worth consideration if you REALLY want to pivot from what everyone else is doing at the quarterback position because of his high multiplier and his matchup.

We all know that the Bengals defense couldn’t stop a nosebleed last season. There was only one game where they allowed less than 200 yards of total offense to the opposing quarterback and his name was Tom Brady…which should tell you how bad Tom was. In addition to that, they allowed 45 yards rushing or more five times to that position.

Taylor is a runner – hence the nickname TMobile – but he has shown a history of taking care of the football and can beat you in a multitude of ways. I’m not saying he is a must-start but his upside, matchup and multiplier are worth the risk in some lineups.