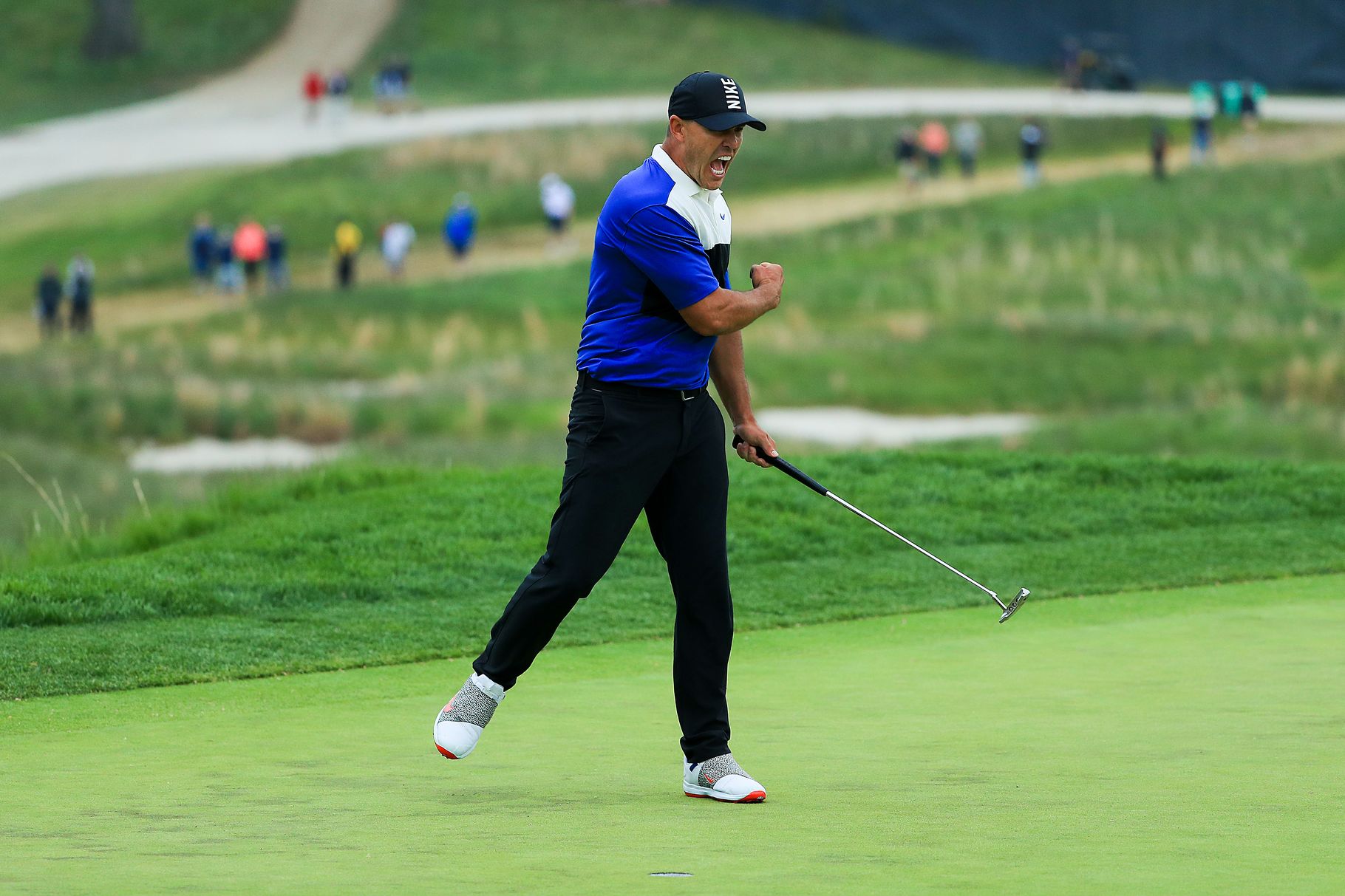 The wait for a PGA major tournament is finally over. The last time we got to watch the best golfers in the world compete for a major was back in July of 2019 in the British Open. After Shane Lowry pulled away with the victory, winning by six strokes, no one would have thought that would be the last golf major we would see for over a year. The PGA championship was originally supposed to happen in May but the coronavirus pandemic had other ideas. Now that we are here, who should we expect to be in the mix and provide great fantasy value for you? One golfer should come to everyone’s minds when you contemplate this question.

Brooks Koepka has been the king of the PGA majors in the last five years. In that time span he has won four majors, Jordan Speith has won three and no one else has won more than one. In six of his last seven majors, he has been nothing short of spectacular. He’s finished 4th, 2nd, 1st, 2nd, 1st, 39th, and 1st. It appears that when the biggest moments come up, Koepka is at his best. This year has been a bit rough for him. He has dealt with some injury issues and that has caused him to miss the cut three times in 2020 and only have two top 10 finishes. However, one of those top 10 finishes was this past week at TPC Southwind. He finished in 2nd behind Justin Thomas at -10 with 92 fantasy points.

It is almost as if Koepka could smell a major tournament coming and he got his knives sharpened this past week. Even more encouraging for Koepka, is the fact that this is his best major. He has won it the last two years and the three years prior to that he finished 13th, 4th, and 5th. On top of all of this, you will get to draft Koepka at a 1.1X multiplier. This is as good of a value as you can find and he should be locked into everyone’s lineups for this week.

While Xander is not on Koepka’s level as a major tournament golfer (who is?), he has still been one of the best when it comes to major tournaments. Aside from his 41st finish in the last British Open, in his previous six majors, Schauffle has finished 3rd, 16th, 2nd, 35th, 2nd, and 6th. The advantage he has on Koepka is how consistent he has been for just under a year now. In his last 17 tournaments, he has only missed the cut once, has been in the top 20 13 times, and has finished in the top 6 six times which includes four 2nd place finishes. Xander is coming in on a nice streak as he has finished 20th, 14th, 13th, and 6th in his last four tournaments. The 6th place finish was this past week at the FedEx St Jude Invitational.

The 11th ranked player in the world has all of the makings to be in contention for the win this week. Given his 1.1X multiplier, I expect him to bring good value to your lineup.

If you are looking for a guy to provide a little extra juice given his multiplier, Tom Lewis is your guy. The English native tied Brooks Koepka and Phil Mickelson this past week at -10 for 2nd place at the FedEx St Jude Invitational. This is after he finished 32nd in the 3M Open and 12th at the Rocket Mortgage classic. Over these last three tournaments, he averaged 84.66 fantasy points per tournament. When you include his 1.25X multiplier, that average goes up to 105.82 fantasy points per tournament.

This is a high risk given the fact he has played in six majors and has missed the cut in three of them. However, the last major he played in, he finished in 11th and that was the British Open in July of 2019. With the way he is playing now and the fact there is always an under-the-radar golfer that gets in the mix during a major, I would feel comfortable taking the high-risk, high- reward shot on Lewis.