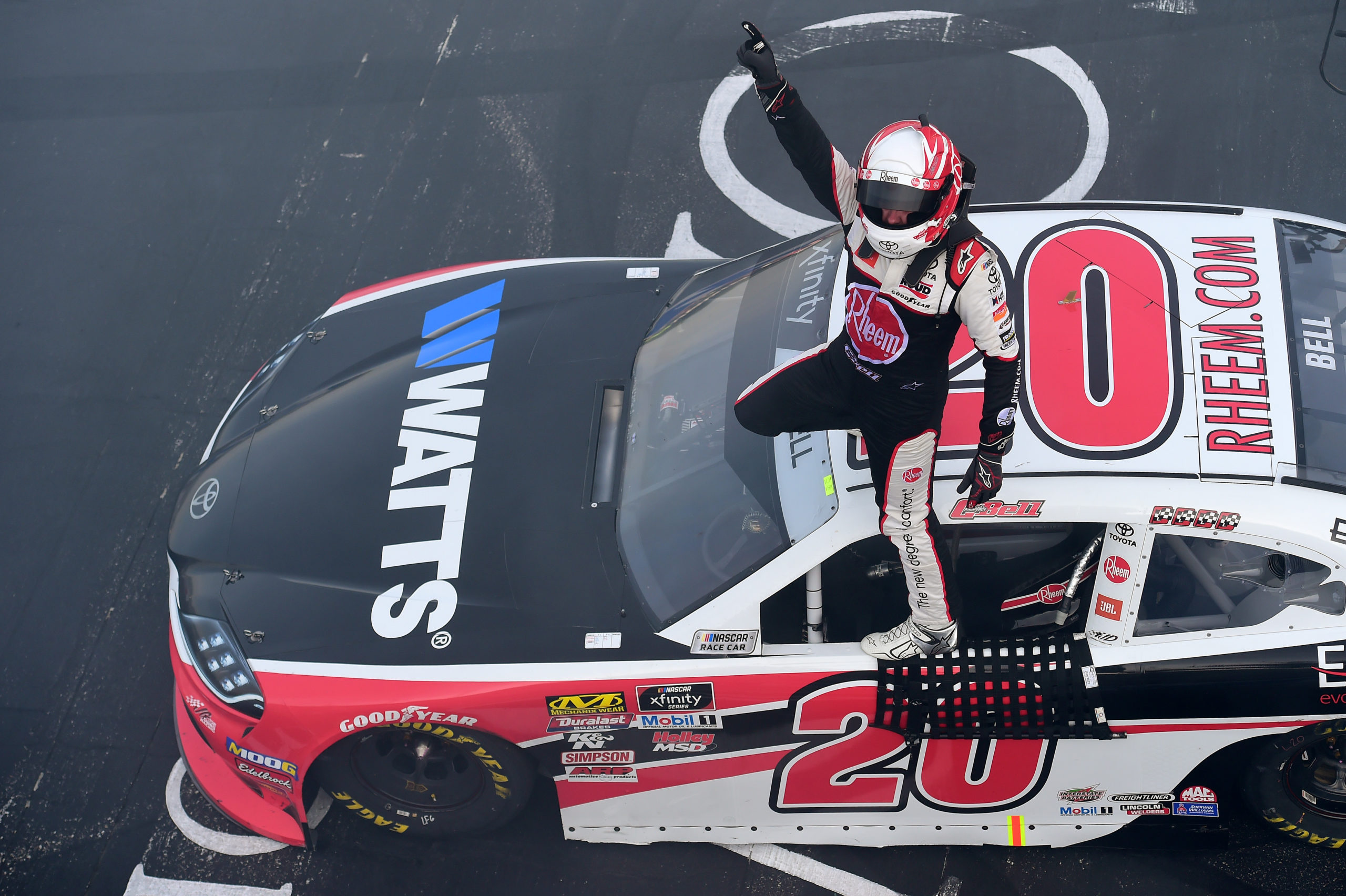 Kevin Harvick pulled out his fourth victory of the year at the Brickyard 400 on Sunday. He is currently in first place in the NASCAR Cup Series standings by a huge margin. He is at 637 points and Chase Elliot is 2nd at 552 points. This week the NASCAR Cup Series moves to the Kentucky Speedway for the Quaker State 400! This is one of NASCAR’s newest events as the inaugural event took place in 2011. Who can we expect to be in contention for the 2020 rendition of this event?

After a disastrous race at the Pocono 350 where he did not finish and put up -15.75 fantasy points, McDowell had his best finish of the season at the Brickyard 400. He came in 7th place and accumulated 67.10 fantasy points. This race at the Pocono 350 has made McDowell’s value seem lower than it actually is. Aside from that race, he has been as productive of a racer as you could hope for with a multiplier value of 1.5X. Excluding the Pocono 350, in his last five races he’s finished 7th, 8th, 18th, 15th, and 14th. In this span, he averaged 67.02 fantasy points per event and with the multiplier that goes up to 100.53.

The reason to be pessimistic with McDowell here is the fact that in the last three races at the Kentucky Speedway, he has finished 25th, 24th, and 23rd. However, we have seen that even racers who have had shaky histories at venues, can still place well if they are trending in the right direction. Aside from the hiccup at the Pocono 350, McDowell has been consistent for the last five races. At 1.5X, he is absolutely worth inserting into your lineup.

In his first year ever participating in the Nascar Cup Series, the 25-year-old has made a pretty solid impression despite 2020 being an unusual year for the sport. He had a rocky start to his year as in the first four races he finished 21st, 33rd, 38th, and 24th. However, he has come on very strong since NASCAR returned from suspension in May. In the nine races since NASCAR has returned, he has finished 9th, 18th, 28th, 8th, 29th, 4th, 39th, and then 12th on Sunday. Just like McDowell, Bell crashed out in the Pocono 350 where he ended up finishing with -8.60 fantasy points.

If you take out that race, he averaged 67.03 fantasy points per event in the last eight races and 101.9 with the 1.5X multiplier included. Bell has never raced at the Kentucky Speedway before so he is a bit of an unknown in that regard. However, he has shown a lot of promise in the NASCAR Xfinity series the last couple of years as he has finished in the top 10 in 41 out of the 66 races he was in. This success combined with what he has done this year at the Cup Series level gives me hope that he will continue to rise. Take him at 1.5X while you still can!

I hope some of you took my advice to select Kenseth last week at 1.65X. If you did, it paid off for you big time as he finished in 2nd place with 73.75 fantasy points. With the 1.65X multiplier, that value balloons to 121.69 fantasy points. This was by far his best performance of the year as his next best finish was 11th at the Pocono Organics 325. When you add this 2nd place performance to the list of what he has done recently, it is very impressive. In his last eight races, he’s finished 2nd, 12th, 11th, 40th, 25th, 23rd, 15th, and 16th.

If you discount the crash he had at the GEICO 500, he averaged 59.67 fantasy points in his last seven races. When you include his juicy 1.65X multiplier value, that average goes up to 98.46 fantasy points per event. Even better for Kenseth is he has a great history at the Kentucky Speedway. In his eight races there, he has finished 6th, 7th, 1st, 4th, 5th, 8th, 17th, and 19th. Combine that history with his recent success and multiplier, he should be a lock for your lineup.

Top Picks To Consider For The 2020 Players Championship