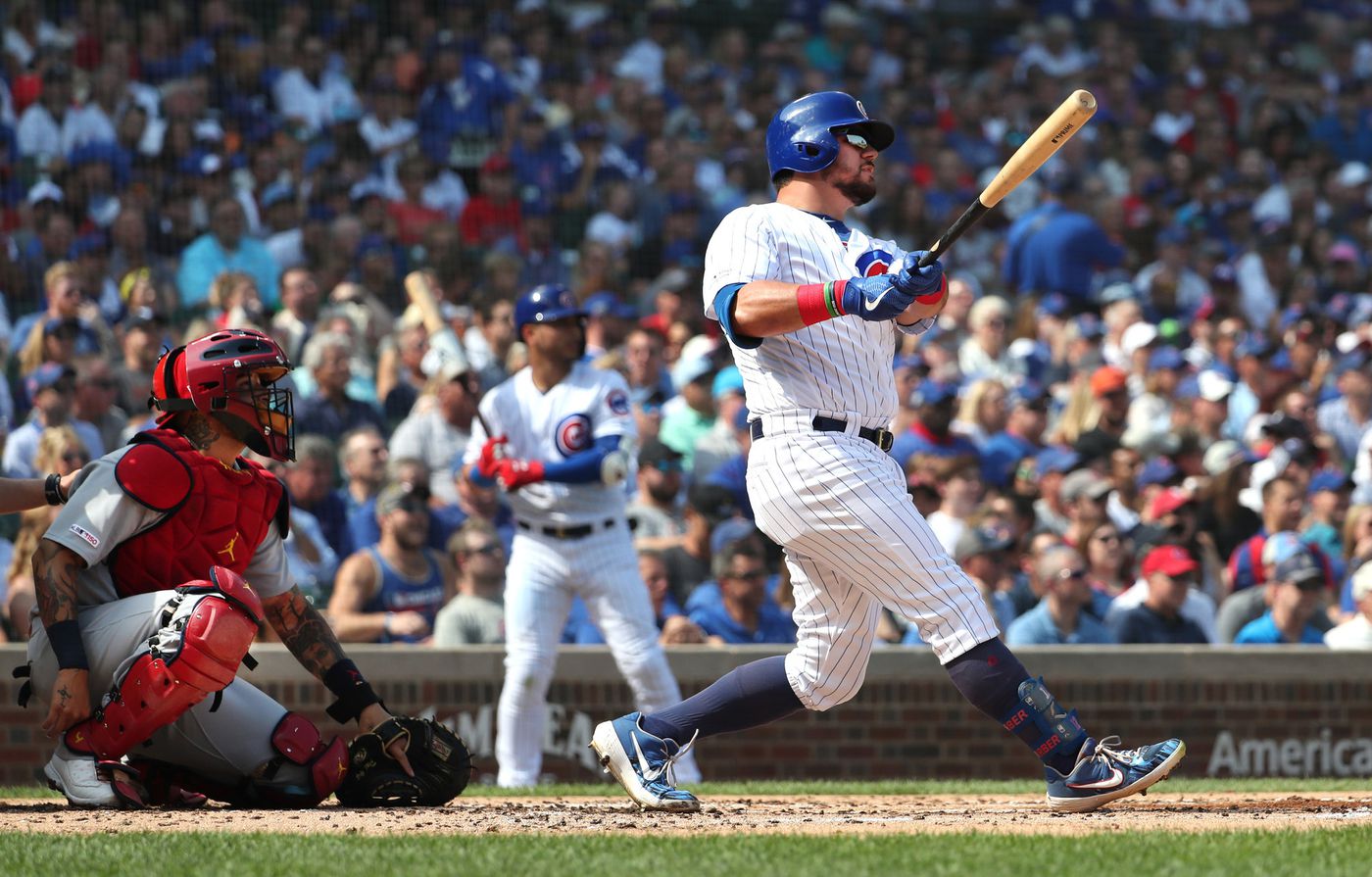 Baseball purists are likely not too pleased about the implementation of the Universal Designated Hitter (DH) but they won’t have a lot of time to complain about it (old joke). All jokes aside, this is monumental for the sport of baseball and has huge fantasy implications.

Not only will players benefit from getting a day off from the field but guys who are blocked at their position will see their ABs increased and this will undoubtedly have an impact on NL pitchers. Let’s take a look at the three batters that will benefit the most from this rule change in 2020.

If you don’t know (now you know), I’m a Cubs fan so I wouldn’t be able to live with myself if I didn’t mention Schwarbo. He checks all of the boxes of quintessential DH.

Schwarber had a career-year in 2019 putting up highs in every major category except for OBP. The biggest reason for this is that he was able to stay healthy and play 155 games. He might not like it, but moving him to the DH spot and taking him out of leftfield is the best thing for the Cubs and for himself.

While only focusing on offense and limiting his risk of injury, 2020 will allow him to build off of a season where he went deep 38 times and drove in 92 runs with a triple slash of .250/.339/.531. Schwarber’s bat is a must-have in your DFS lineups in this shortened season.

The prototypical DH has typically been a first baseman or corner outfielder that couldn’t handle playing in the field every day. With all 30 teams “fielding” a DH it is a virtual certainty that you’re going to see a guy that you’d never expect to man this position and Brendan Rodgers is one of those guys.

Coming off of a season-ending injury in 2019 and having roadblocks all over the diamond gave Rodgers little hope to see ABs and even the Major League roster, but freeing up the DH could upstart his career. I could go on for days about his Minor League stats but we all know you don’t want to hear about those and the reality is that this is a youngster who hasn’t even seen 100 major league at-bats.

This isn’t about numbers but more about an opportunity for someone who has top-tier talents with the bat. Rodgers is someone who is certain to have a juicy multiplier when the season starts given his unproven track record and the offensive talent of his teammates. Remember his name when picking your lineups because he will provide immense value whether he is at DH or giving Trevor Story a night off at shortstop.

Full disclosure: I am a MASSIVE Austin Riley fan so I’m glad to see him have the DH spot as an option. I was worried about Riley’s playing time once the Braves signed Marcell Ozuna which virtually nudged Riley out of left field leaving his only spot to be third base – a position that was still up in the air with the team having to decide between Riley’s bat or Johan Camargo’s defense. The presence of Adam Duvall will make this situation worth watching but this is Riley’s position to lose.

In addition to Riley’s opportunity to see more ABs because of the rule change, his hot start to last year is something to smile about given the shortened season of 60 games. Before his injury-induced downfall, Riley went deep 12 times while driving in 34 runs in his first 35 games – while playing the field every day.

Both Riley and the Braves are in a great spot here because they would much rather have the youngster at DH than the aging Adam Duvall. If he can get off to a similar start as last year, you can guarantee he is going to be in the lineup for 45+ games. Like Rodgers, Riley has the tools. All he needs is an opportunity to display them.