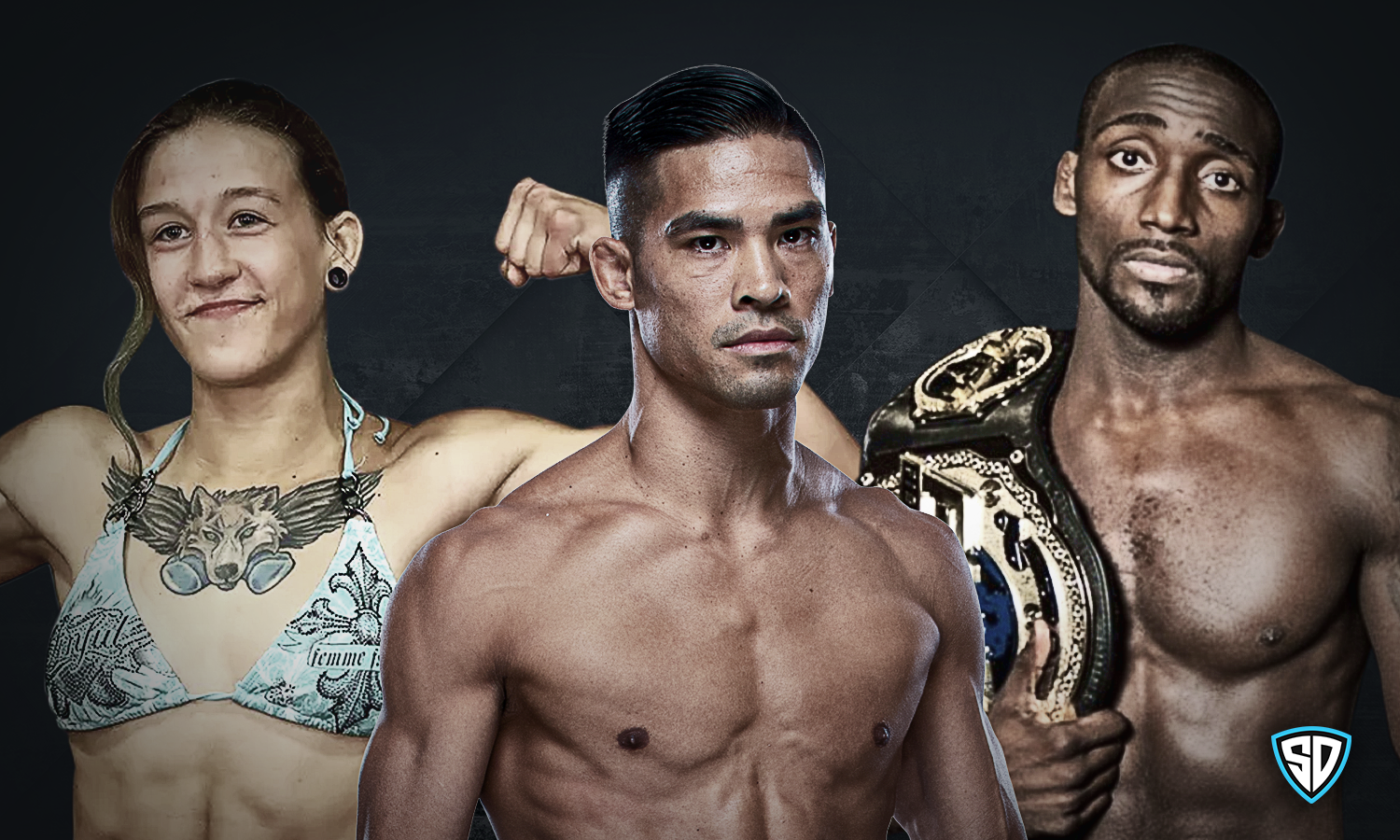 While the Jessica Eye vs. Cynthia Calvillo may not be the biggest fight of the summer, there are plenty of entertaining fights on this card. Let’s skip taking a fighter from the main event and take a look at other fighters!

If Aguilera has any chance in this fight, he is going to have to get to Ivy in the first round. He is a notorious fast-starter as nine of his 10 career KOs have come in the first round. Of course, Ivy knows this and possesses some power of his own but he is more of a well-rounded fighter than his opponent.

For the most part, I like to lean towards the fighter than can wear you down and tire you out rather than the guy who is trying to end it with one punch. I like Ivy to win this by TKO in the last two rounds after he’s taken Aguilera to the mat to wear him out. Every second that ticks off the clock favors Ivy who has a five-inch height advantage and three-inch reach advantage.

This fight will have my complete attention because of how different these fighters are in style in the flyweight division. Ryan Benoit is extremely heavy-handed while Tyson Nam is more well rounded and he likes to stay busy in the octagon.

If this turns into a brawl you obviously have to favor the powerful Benoit but the kicks from Tyson Nam are going to be the difference for me in this fight. Benoit throws everything he has into all of his punches and if Nam can get to the legs of Benoit early, that will take away the ability for Benoit to use his lower half to generate power and tire him out.

I like this fight to go the distance and I see Nam winning every round by controlling the pace and keeping Benoit at a distance all while Nam peppers Benoit throughout to rack up significant strikes. As we talked about in the Ivy fight, I lean towards the rounded fighters that are not solely relying on one punch to earn the victory.

NOTE: Ryan Benoit has been ruled out and Zarrukh Adashev will replace him. More info coming soon.

I am a huge fan of the 23-year-old Agapova but this pick has more to do with the shortcomings of Hannah Cifers. Cifers is giving up over eight inches of reach and five inches of height in this bout – something she has had trouble with in the past. She fought hard to defeat Polyana Viana in an ugly bout and then lost mightily to Angela Hill – both with similar size to Agapova.

On top of that, Cifers lost less than two weeks ago to Mackenzie Dern in the first round and I find it hard to believe that her leg is at 100% after taking damage from that submission. Although she has great boxing skills and power at 115, but she has to really close the distance to land those strikes and that will be tough with Agapova’s reach.

I don’t mean to make this a Hannah Cifers hate blog, but her only two wins in the UFC have come against fighters who are no longer with the UFC. Agapova should handle Cifer’s easily by using her length and taking this to the ground where Cifers struggles. I like Agapova in the second or third round and not allowing the judges to score this.