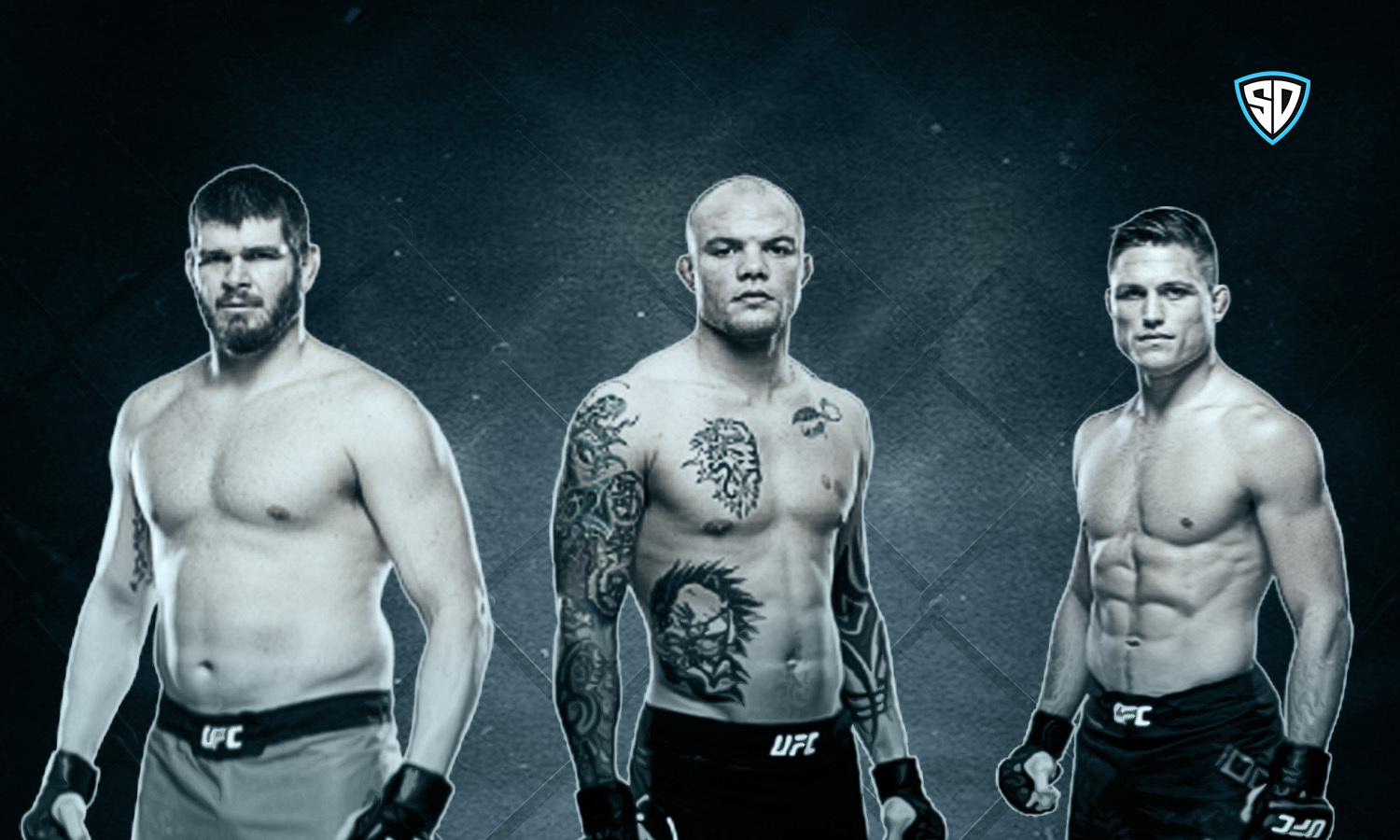 After an electric night of fights this past Saturday night, UFC is back again with the headliner being Anthony Smith (1.25X) vs Glover Teixeria (1.55X)! Just having a live sporting event gives sports fans a small feeling of normalcy during this unusual time, and that’s a big plus. We’ve got a handful of interesting fights on the card for tonight. Let’s take a look at some of the better values you can choose from for your team of fighters!

With this just the second time UFC has been available on SuperDraft, some of you may not be familiar with how you want to form your lineups. Here are a few quick bullet points you’ll want to keep in mind:

Let’s start right away with the main event for tonight! Teixeira has some promise as he has won all three of his fights in 2019 in a short period of time. However, age is starting to become a factor with him as he turned 40 years old in October. He will be facing the spry Anthony Smith who has been on a nice run in his past five fights. Smith had two first-round knockouts in 2018. One being against Rashad Evans and the other against Mauricio Rua. The other two fights ended in submissions as he defeated Volkan Oezdemor in round 3 and Alexander Gustafsson in round 4. The only fight Smith lost was against Jon Jones who he took to a round-five decision. In addition to that, 8 out of the last 11 victories for Smith have been knockouts. This match-up really has the feel of another KO win for Smith which is why I love him at the 1.25X multiplier.

The value you are getting with Lins at 1.25X is highway robbery. He would be even better if you slid him into your champion slot at 1.9X. Lins has been on a nice run the last two years as he has won his last four fights with three of them being knockouts and one coming as a first-round submission. Lins looks to continue this nice run of fights against 41-year-old veteran Andrei Arlovski. Arlovski is 28-19 lifetime as a fighter but it has been a rough go of it lately for him. He is 3-9 in his last 12 fights with only three of the losses coming on decisions. The fact that Lins is only valued at a 1.25X multiplier with this match-up makes him an essential building block to every UFC lineup tonight on SuperDraft.

The selection of Dober here is really more about the worries I have about Hernandez. After discouraging a 2nd round knockout loss to Donald Cerrone on 1/19/19, it appears Hernandez is not on the right track. He followed up that loss with a victory in a decision over Francisco Trinaldo. However, Hernandez did not look like himself in that fight either. On the other hand, Dober is trending in the opposite direction as he had first-round knockouts in his last two fights. One being against Polo Reyes and the other against Nasrat Haqparast. If Hernandez continues to look shaky here, he could easily become another knockout victim of Dober.

With the way things are trending, I think making the bet that Dober gets the best of Hernandez is a good one. Dober has immense potential to bring great value to your lineup at 1.35X.