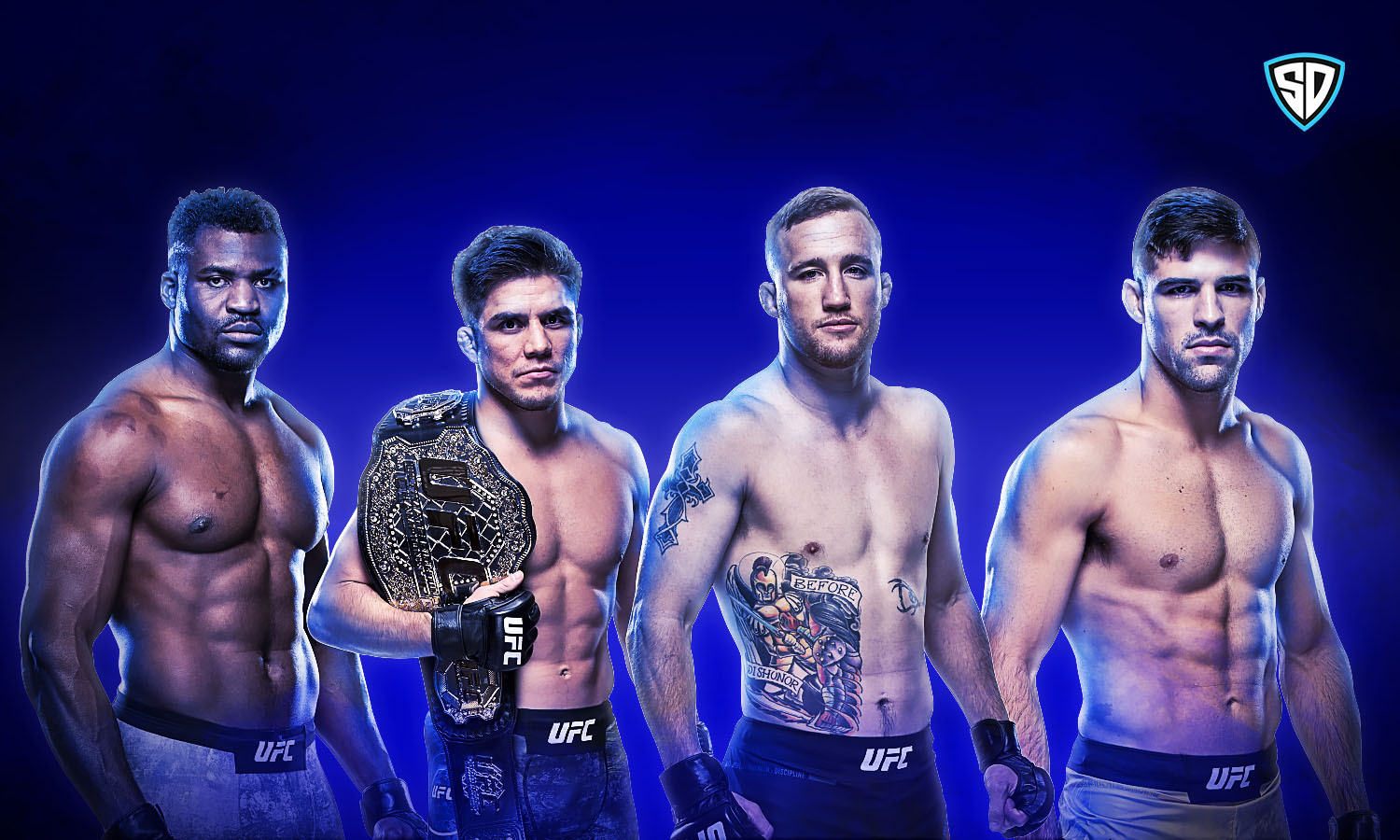 Live sports are back thanks to Dana White and the UFC! and boy have they put together a card to be excited about. Headlined by Ferguson vs. Gaethje and Cejudo vs. Cruz, this card has a lot of juice up and down the line with names like Ngannou and Luque spread throughout and Pettis vs. Cerrone IN THE PRELIMS?! Inject all of it into my veins because this card has it all.

With UFC 249 marking the sport’s debut on SuperDraft, some of you may not be familiar with how you want to form your lineups. Here are a few quick bullet points you’ll want to keep in mind:

I have both Ngannou and Luque packaged together here because the strategy for both picks is identical. Both guys are expected to win and both have first-round win potential. Despite their lower multipliers, these are as close to a sure thing as you’re going to get.

Ngannou is 7-2 in his last nine fights and all of his wins in that span have come in the first round. Those two losses came to the hands of Derrick Lewis and Stipe Miocic by way of decision and those are names that Rozenstruik is too unpolished to even sniff.

Given both track records, I’m taking Ngannou and expecting a victory before the second-round bell sounds. Rozenstruik, as impressive as he’s been, is coming off a fight that went the distance against Alistair Overeem, an opponent Ngannou needed less than two minutes to defeat. Ngannou has the best odds to win in round one at +175.

As for Luque, his first-round win potential is there, but not as apparent as Ngannou’s. Luque has 11 first-round victories in his career dating back to 2009 and three of his last five wins have come in the opening round. Luque is favored in this fight which is a rematch from 2017 that saw him come away with a second-round submission win – a fight that Luque was the dominant force from the bell.

Expect Luque to repeat his performance from last time as he is hungry coming off a loss.

I love feel-good stories as much as anyone and Dominick Cruz has a chance to become a three-time title winner after three years off. However, I have a feeling that Cejudo is not the guy you want to make your return to the octagon against.

Like Ferguson vs. Gaethje, this fight is slated for five rounds, and although I do not expect it to go the distance, the format definitely plays against Cruz being away from the action for a while. Yes, he has reportedly stayed in shape and there is something to be said about Cejudo having a short camp after preparing for a fight against Jose Aldo, but Cejudo is on the top of his game and has been on the rise for quite some time now.

Cejudo has won his last five fights including his last three which have all been title fights. He can finish the fight early as he has five career first-round wins and he can go the distance as he showed against Demetrious Johnson in 2018. I like Cejudo to get another victory here against one of the sports’ all-time greats because I am not convinced that Cruz still has it in him after being out of the ring for over three years.

As I said before, you always want a main-event fighter in your lineup because of the extra 10 minutes these guys get to do damage. There is a lot of hype surrounding both Gaethje and his opponent, Tony Ferguson, as Ferguson has won 12 straight bouts while Gaethje is on a three-fight win streak, but I love the underdog here.

Gaethje is not your average 1.55X fighter as he has put up first-round victories in each of his last three fights. In his last two, he has averaged 30 significant strikes in just two total rounds and his multiplier would have given him an average of 228.63 SD points per bout. Ferguson is unlike anybody that Gaethje has stepped in the ring with and this is far from a sure thing as Ferguson is favored in this fight and as the rounds get higher it favors Ferguson. However, I cannot pass up an opportunity to take someone with the talents Gaethje has at 1.55X and the opportunity to go five rounds.