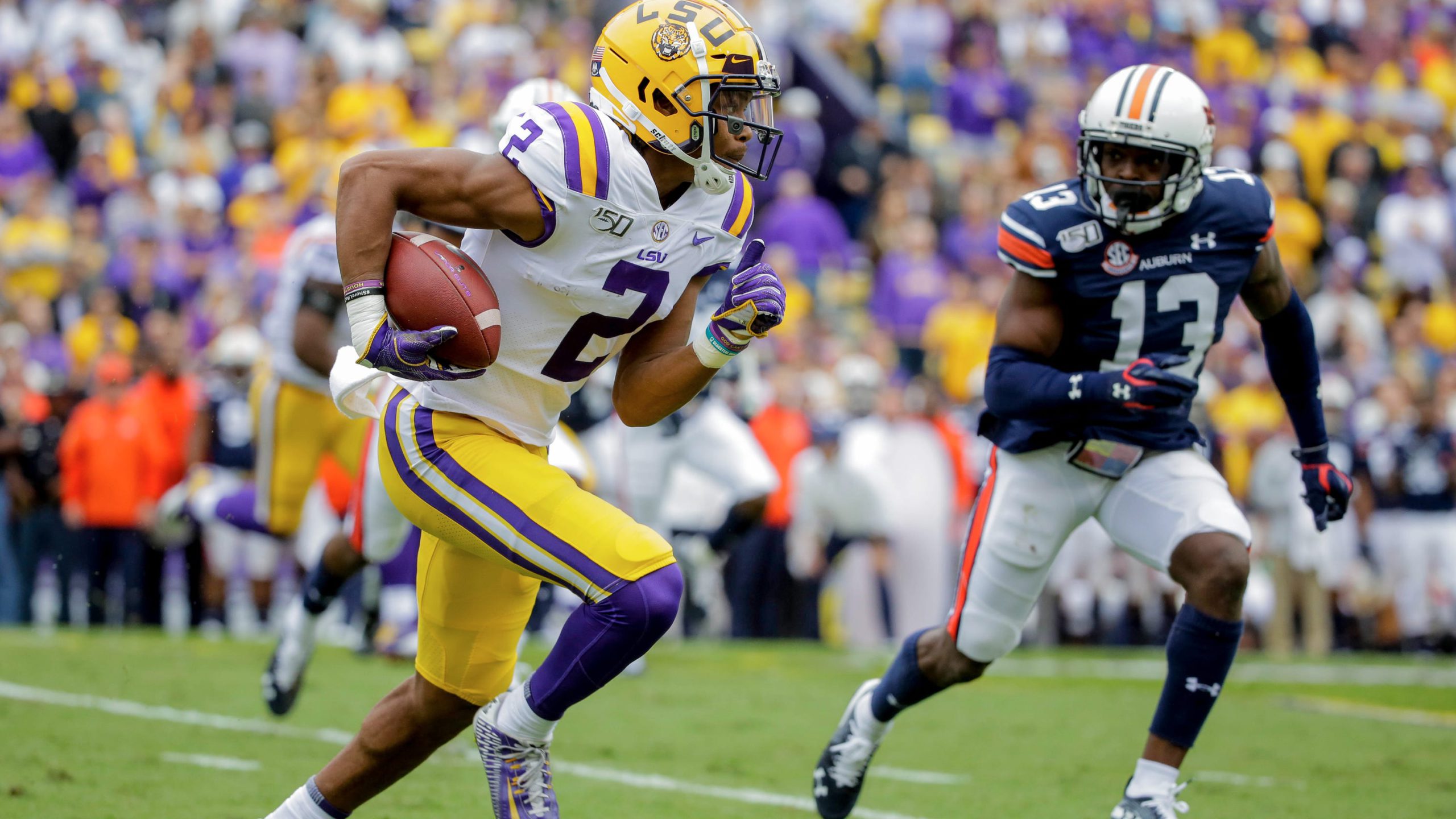 Justin Jefferson had an underwhelming freshman campaign at LSU but improved a lot during his sophomore season. However, he was a monster for Joe Burrow and the Tigers this past season catching 111 balls for 1,540 yards and 18 touchdowns. Could this massive uptick in performance be credited to Burrow and LSU’s dominance, or did the once highly-touted prospect put everything together at the right time? The Vikings certainly hope so after selecting him with the #22 pick.

From what I have seen of Jefferson, he is not great at one thing. He is solid in his skillset across the board and his tall frame should allow Kirk Cousins to find him easier in the red zone where his high-point mentality should serve him well. His frame, although tall, doesn’t have much sturdiness to it, however. I don’t love his skills in the middle of the field and surely needs to bulk up as he enters the league.

His glaring weak point is that he is not exactly a speed demon. His downfield plays this past season can be attributed more to the route concepts allowing him to get free more than Jefferson just beating his man off the ball. A lot of plays of his that I watched showed him struggling to create his own separation with his hands and quarterback bailing him out.

My expectations for Jefferson are lower than the other top wideouts in this draft. CeeDee Lamb, Jerry Jeudy and Henry Ruggs have better resumès and have a wider array of talents. They also seem to be league-ready number one targets, Jefferson might not be. My prediction all came down to one factor – who is on the opposite side of him? With Adam Theilen being that answer, he will have a chance to be a decent #2 receiver.