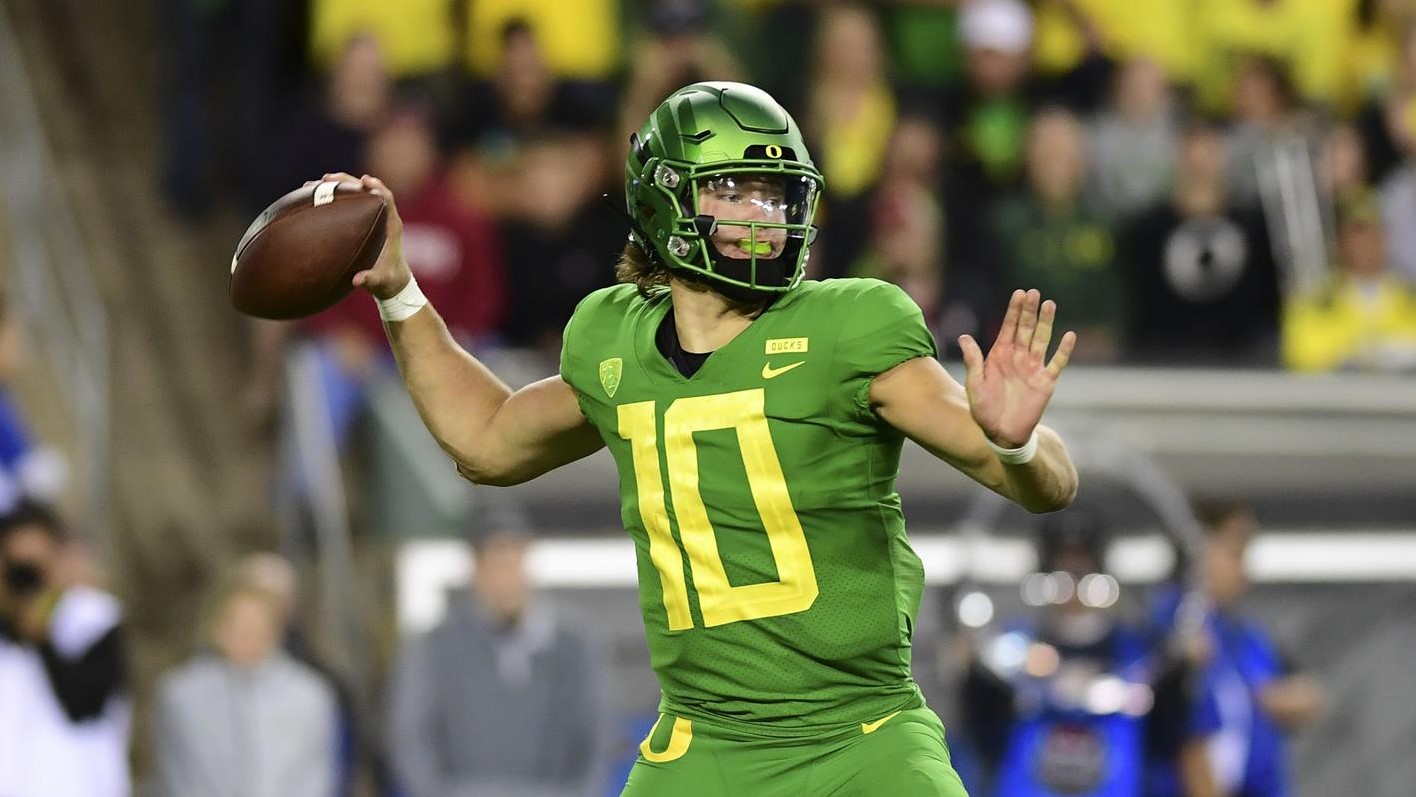 The LA Chargers have officially given the keys of the franchise to Oregon product Justin Herbert. Herbert played in a combined 16 games at Oregon in his freshman and sophomore seasons. In those games, he threw for 3,919 yards, 34 touchdowns, and 9 interceptions. His junior year, he played 13 games throwing for 3,151 yards, 29 touchdowns, and 8 interceptions. Last season, he played in 14 games, throwing for 3,471 yards, 32 touchdowns, and 6 interceptions. His skills are still a bit raw but with his 6’6 237-pound frame, his potential is through the roof. What can we expect from him fantasy-wise in 2020 with the Chargers? Let’s get into it!

Tyrod Taylor will most likely be the starter going into the season for LA but if Herbert gets in, he is set-up to have success. The Chargers have rebuilt their offensive line and have a really nice group of weapons. Keenan Allen is the #1 option and behind him, they got Mike Williams and Hunter Henry. In addition to that, they have Austin Eckler to catch passes out of the backfield. He is in a good position to come in and be a good fantasy player. If you get him at high multiplier, don’t hesitate to snag him for your lineup.