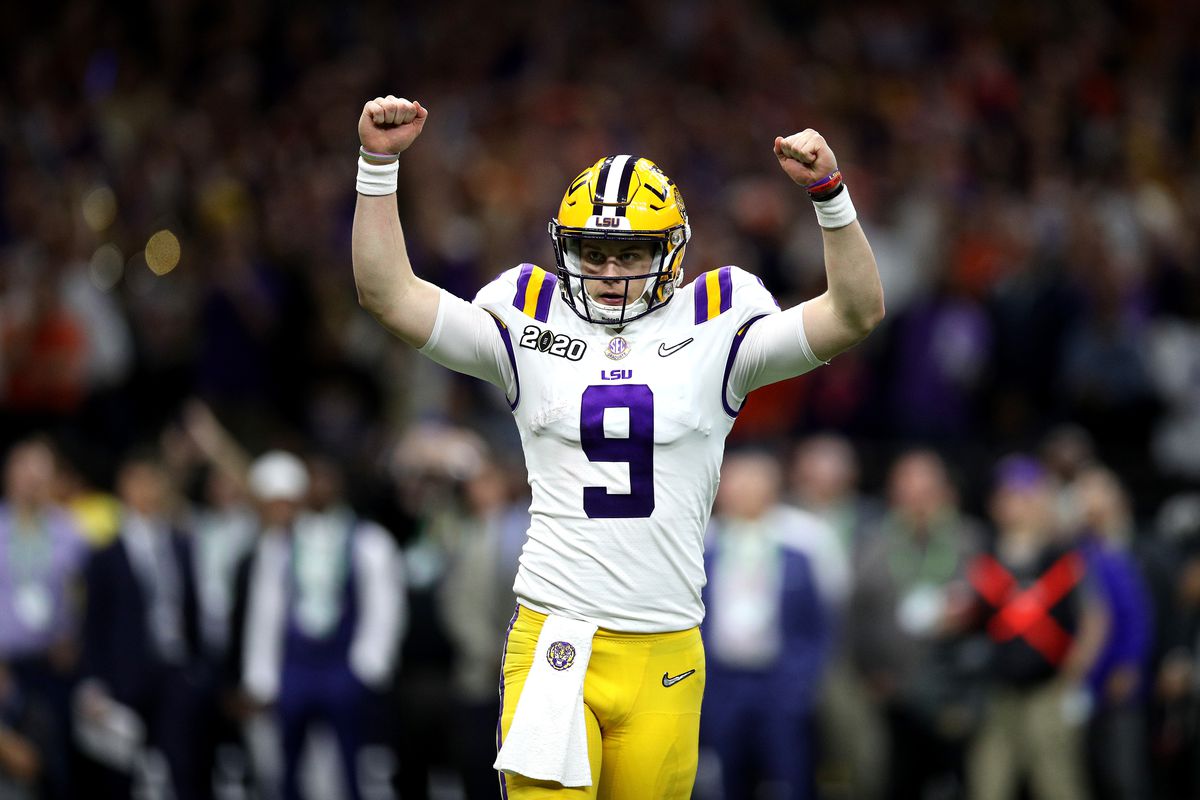 The inevitable was made official on Thursday when the Cincinnati Bengals selected Joe Burrow with the first overall pick in the 2020 NFL Draft. After spending three seasons riding the bench at Ohio State, Burrow transferred to LSU to become their starting quarterback. He had a respectable season in 2018 throwing for 2,894 yards, 16 touchdowns, and 5 interceptions. LSU finished the year 10-3 and the sixth-ranked team in the country. His draft stock was not too high at that point and then last season happened.

Burrow had one of the best college seasons ever for a quarterback. He threw for 5,671 yards, 60 touchdowns, and just 6 interceptions. Those numbers are so good they don’t even seem real. LSU finished the season 15-0 with a 42-25 win over Clemson in the national title game. So what should we expect from Burrow in his first season in the NFL? Let’s get into it!

With the lack of success the Bengals have had, they have earned the reputation of being a lackluster franchise. This has understandably made fans and media wary of Burrow being their quarterback as some organizations just don’t ever seem like they are destined for Super Bowl contention. However, with the roster that surrounds Burrow, there should actually be immense optimism surrounding him in his rookie season.

The Bengals do not have the talent of a typical 2-14 team. Superstar receiver AJ Green will be returning in 2020 after missing all of last season with an ankle injury. After two unproductive seasons to start his career, John Ross started to show his potential last season. He caught 28 passes for 506 yards and three touchdowns in just eight games due to injuries. He will be back healthy in 2020 as well. Without Ross and Green last season, Tyler Boyd became a great fantasy play as the Bengals #1 receiver. He caught 90 passes for 1,046 yards and five touchdowns in 16 games. Green, Ross, and Boyd is a great cast of weapons for any rookie quarterback. Let alone Burrow who is as ready as any quarterback we have seen coming out of college.

While Zac Taylor had a rough first season as the head coach of the Bengals, he is an ideal coach to pair with Burrow. Before becoming the head coach of the Bengals, Taylor was the quarterback’s coach for the Rams under Sean McVay who helped in improving Jared Goff. Also under Taylor, this was not a typical 2-14 team as they lost eight games by one possession or less.

With a really good cast of weapons, a coach that seems to be a good fit, and being on a team that is not as bad as 2-14 suggests, Burrow should be the clear front runner for rookie of the year. Expect him to be one of the 10 best fantasy quarterbacks in 2020.