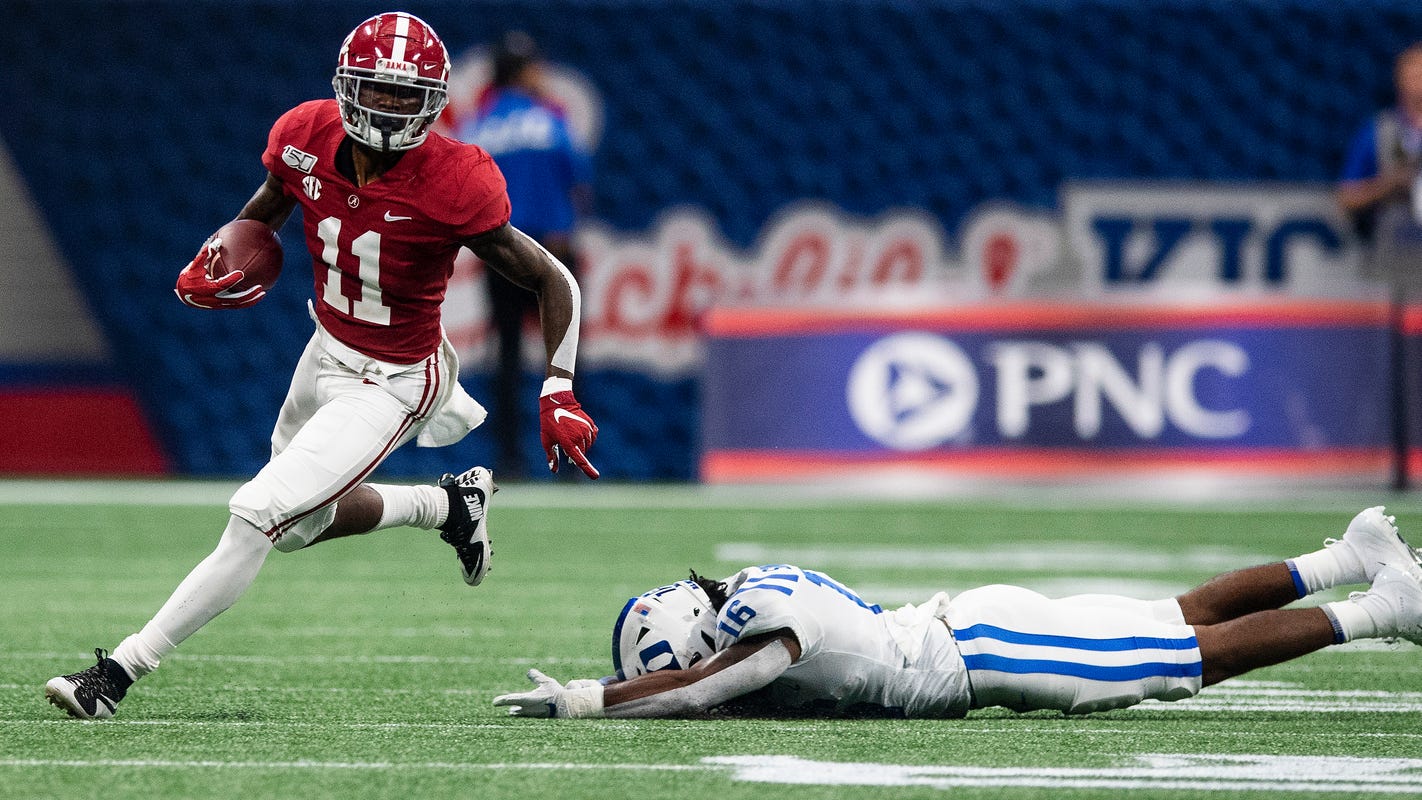 In my mind, Henry Ruggs is the best receiver in this draft. That’s not a knock on CeeDee Lamb or Jerry Jeudy, it’s high praise for Ruggs who’s versatile talent translates to today’s NFL. Everybody raves about Ruggs’ speed, which is obviously a game-changer, but he excels at just about everything else you would want a receiver to do. The Raiders just made their team infinitely more dynamic by adding Ruggs to likes of Darren Waller and Hunter Renfrow. Ruggs immediately adds another dimension to an offense that has struggled in recent history.

Fast is an understatement for this guy. Not only did he run a 4.27 40, but he clocked in at 24.3 mph during a touchdown last season. As we have seen in today’s league, speed kills and that’s not all this guy has. He can stop on a dime at the drop of a hat and then turn the jets back on without missing a beat. He will undoubtedly give Renfrow space on the other side and when he warrants help over the top, he can beat just about any safety in the league.

His frame is on the smaller size at 5’11” 190 but he packs a punch and is not afraid to lower his head for those extra yards. This could come in handy on jet sweeps and end arounds as we saw with Deebo Samuel last season. He fits well into wrinkles in the offense and is someone who can turn a loss of yards into a touchdown in the blink of an eye.

What I’m most excited about is seeing him in the RedZone. Yes, he is small for a RedZone target, but if they want to press him he can beat anybody to the back corner and if you want to give him space he’s quick to the inside.

At the end of the day, Ruggs is a perfect fit for any system.He has the speed, the ball skills, and is the definition of a playmaker. I’m sure his multiplier will be on the lower end not too far into the season so get em while he’s hot!