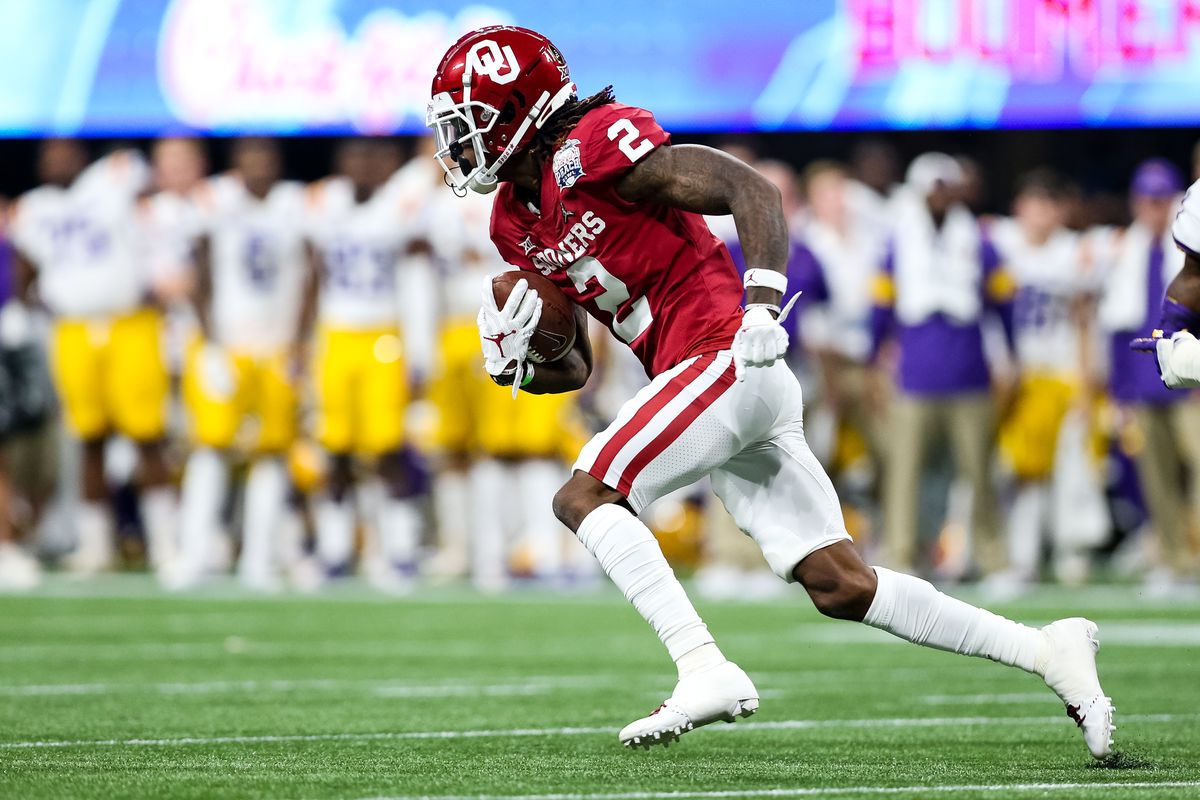 Cedarian “CeeDee” Lamb has been on the mind of GMs across the league ever since he put up 33 touchdowns as a high school senior. That’s right, 33 touchdowns. His talent is high enough to have been a top-five pick, but teams took advantage of a deep receiver pool this year and addressed other needs first. The Cowboys are lucky to plug Lamb into an offense that already has Amari Cooper and Michael Gallop and he should fit seamlessly. or Do the Cowboys really think Lamb can them over the top?

Lamb improved every year he played in college and capped off his career in Norman with a 62/1,327/14 year leading to an All-American consensus selection. This guy has it all: the numbers, the talent to back it up and a story that shows grit and determination after his family lost their home to Hurricane Katrina. He has had to adapt his whole life and it shows on the field where he can play on the outside as well as from the slot without missing a beat.

The knock on Lamb, if there is one, is that he played against BIG 12 defenses his whole career. It’s not his fault at all but it does make some scouts skeptical about his abilities transferring to the big stage. He benefitted from an offense that excelled in getting their guys open and his remarkable after-the-catch skills could be attributed to poor tackling throughout the conference, but you won’t hear me saying any of those things.

Obviously there are some college studs that don’t get it done on Sundays, but you can’t teach explosiveness and versatility and those are things that CeeDee has in spades. In this offense, he has the ability to be a dynamic addition to the Cowboys offense and provide some nice fantasy value in 2020.