SuperDraft Strategy
Home NFL What does Gronk to Tampa Bay mean for the DFS world? 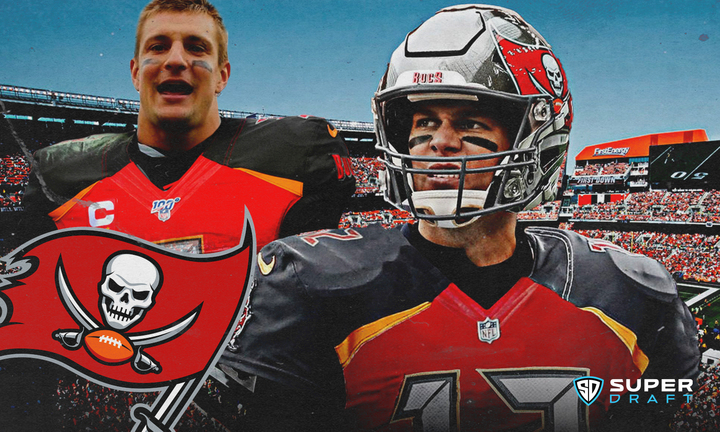 Shocking news has been broken by Adam Schefter that Rob Gronkowski is coming out of retirement and has been traded by the Patriots to the Tampa Bay Buccaneers for a 4th round pick. Gronk is now reunited with his quarterback Tom Brady and all of sudden Tampa Bay might be the most high-profile team in the NFL. What can we expect fantasy-wise from Gronk in Tampa Bay and how would his presence impact the other members of the Bucs? Let’s break it down!

What we can expect from Gronkowski in 2020

In his last season with the Patriots, Gronk was a shell of his dominant self. He caught 47 passes for 682 yards and three touchdowns. All of those statistics were among the lowest he recorded in his career in a single season. Based on this, you could make the argument that he would not make much more of a difference than Cameron Brate. However, injuries really took a toll on Gronk in that last year of his career and he has been very vocal about that being the reason why he retired. Now that he is back, it is fair to assume that the year off from football helped in health-wise and he will be a better player than he was in 2020. Combine this with the fact he has more chemistry with Brady than any of the other Bucs receivers, it is very possible he becomes a top fantasy tight end in football in 2020.

As just mentioned, Gronk and Brady have tremendous chemistry and as Brady adjusts to his new home in Tampa it is very easy to see Brady leaning on Gronk early on. This will impact the fantasy values of Mike Evans and Chris Godwin as they have to develop the type of chemistry with Brady that Gronk already has with him. Without Gronk, Evans’ and Godwin’s stock would be sky high but Gronk’s addition will dip their values a bit. As for Brady, this will be a great move for his fantasy value. He will have Gronk to rely on while also having two of the best receivers in football next to him. Don’t be surprised next season if you see Brady with a multiplier value of 1X-1.25X next season.