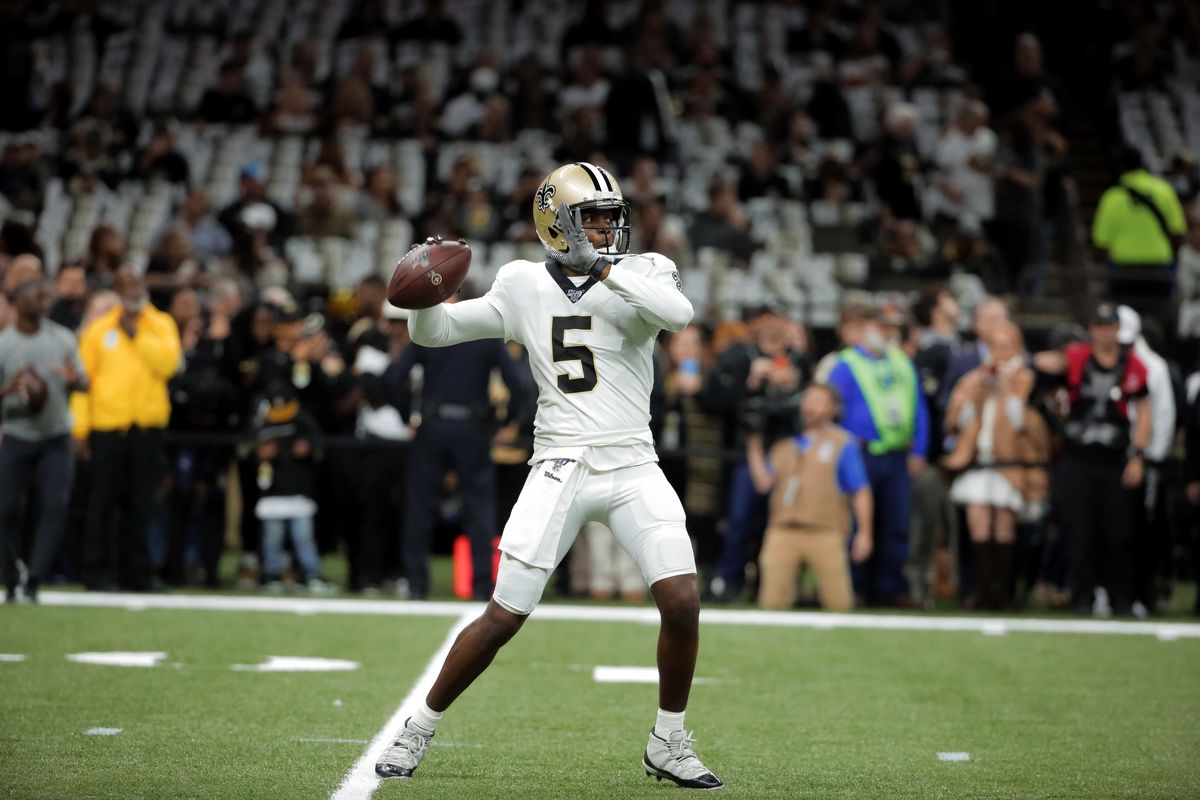 When Teddy Bridgewater got his chance to play in the place of the injured Drew Brees, he did as good of a job as the Saints could have hoped for. Bridgewater went 5-0 in the games he started while throwing for 1,384 yards with nine touchdowns and two interceptions. This play earned him a three-year, $63 million contract with the Carolina Panthers. The big question here is will Bridgewater be able to carry his great play in New Orleans over to the Panthers? Carolina seems to think so given the contract they offered him and the fact they were willing to cast aside Cam Newton. However, Bridgewater was so good in the five games he played in last year that those expectations seem lofty.

If you average out the stats Bridgewater put up in the five games over a 16 game sample size, you get eye-popping numbers. Over the 16 game sample size, he would have thrown for 4,428 yards, 29 touchdowns and just six interceptions. These are numbers that a top-five quarterback in the NFL would put up. However, the circumstances were set up perfectly for Bridgewater to be successful. He had been in the Saints system for over a year, he was being coached by arguably the best offensive coach in the league with Sean Payton and he had very good weapons around him. This includes Michael Thomas who is the best receiver in football with tight end Jared Cook and running back Alvin Kamara. They also had one of the best offensive lines in football that gave up the fourth-least amount of sacks in 2019. There are not many quarterbacks who would have failed miserably in that situation.

Bridgewater moves from that situation to a Panthers team that does not have the same caliber of talent surrounding the quarterback position. This starts Carolina’s offensive line which was one of the worst in the NFL last season giving up 58 sacks – tied for the most in the league. Bridgewater going from a line that gave him great pass protection to one that won’t give him much at all will make a big dent in his numbers for 2020.

In addition to that is the coaching/system piece of this. Bridgewater will be going from a system he already knew well that was manned by Sean Payton to a brand new system with first-year head coach Matt Rhule. Rhule had success at Baylor but he is unproven at the NFL level. However, he will still have good weapons to throw to in Christian McCaffrey, DJ Moore, and Robby Anderson. The big difference between the Panthers and Saints is the Panthers will be relying a lot more on the running game since they have McCaffrey. This will lessen the chances Bridgewater has to throw the ball.

I overall think Bridgewater will be a successful quarterback for the Panthers and will provide decent value some weeks depending on what his multiplier is. However, if you are expecting the same quarterback who lit it up for the Saints last year, that is wishful thinking.