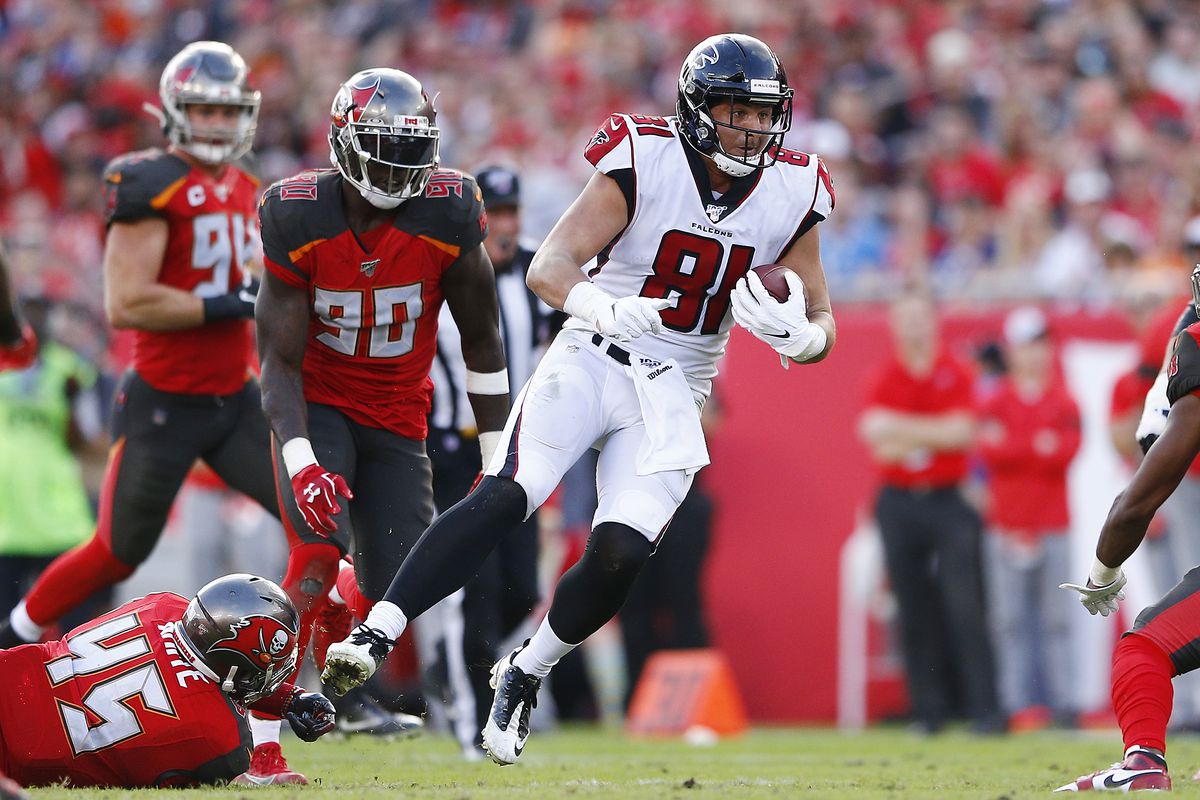 After a career year for the Falcons in 2019, Austin Hooper was awarded a four-year $42 million contract with $23 million guaranteed by the Cleveland Browns. For the last three seasons, he has been a solid safety blanket for Matt Ryan and the Falcons will definitely miss his presence.

Now Hooper moves on to Browns who disappointed mightily last season and a quarterback in Baker Mayfield who has a lot to prove. So how will this transition for Cleveland impact the fantasy stock of Hooper? Let’s talk about it!

The Browns were a complete mess last year under head coach Freddie Kitchens. The team always looked like they were unprepared and they underperformed drastically with the talent they had. One of the main issues was getting the tight end involved. Last year, Ricky Seals-Jones was their lead at the position with 14 catches for 229 yards and four touchdowns. With former Vikings offensive coordinator Kevin Stefanski the head coach, you can expect the tight end to play a bigger role in the offense. Hooper will obviously be the one who benefits from that as he made 75 catches for 787 yards and six touchdowns with Atlanta last year.

In addition to that, Hooper is only 25 years old. Hooper has more room to grow as a player and there is certainly a chance that we see some of that natural improvement next season in Cleveland.

While the situation in 2020 should be better than it was 2019 for the Browns, it is still less of an ideal situation for Hooper than what he had in Atlanta. The tight end position will be more involved in 2020 for the Browns, but the core of the offense still surrounds running the ball with Nick Chubb and throwing it to Jarvis Landry and Odell Beckham. In addition to that, Antonio Callaway will return from injury this season and be a factor. Hooper will most likely be the 3rd or 4th option in this offense.

Last year in Atlanta, Hooper was the second/third option in the offense. His 75 catches ranked second on the team and his 787 yards was third on the team. The Falcons also had an inept running game so they had to rely heavily on their passing game. This gave Hooper many chances to put up good value in fantasy.

Ultimately, I think we are going to see a drop in production here with Hooper moving to the Browns. The supporting cast in Cleveland is deeper so that will definitely have an impact on his fantasy numbers. The factor that also is concerning is the way things in Cleveland tend to go wrong. We do not know what the season has in store for Baker Mayfield who had a poor second season and we are not sure how good of a coach Stefanski will be.

While there is optimism he will at the least be better than Kitchens, he is still a first-year coach coming into a Cleveland organization that has been one of the most dysfunctional franchises in the NFL. This uncertainty surrounding the Browns and the other weapons they have with Hooper has me down on his fantasy stock going into the 2020 season.