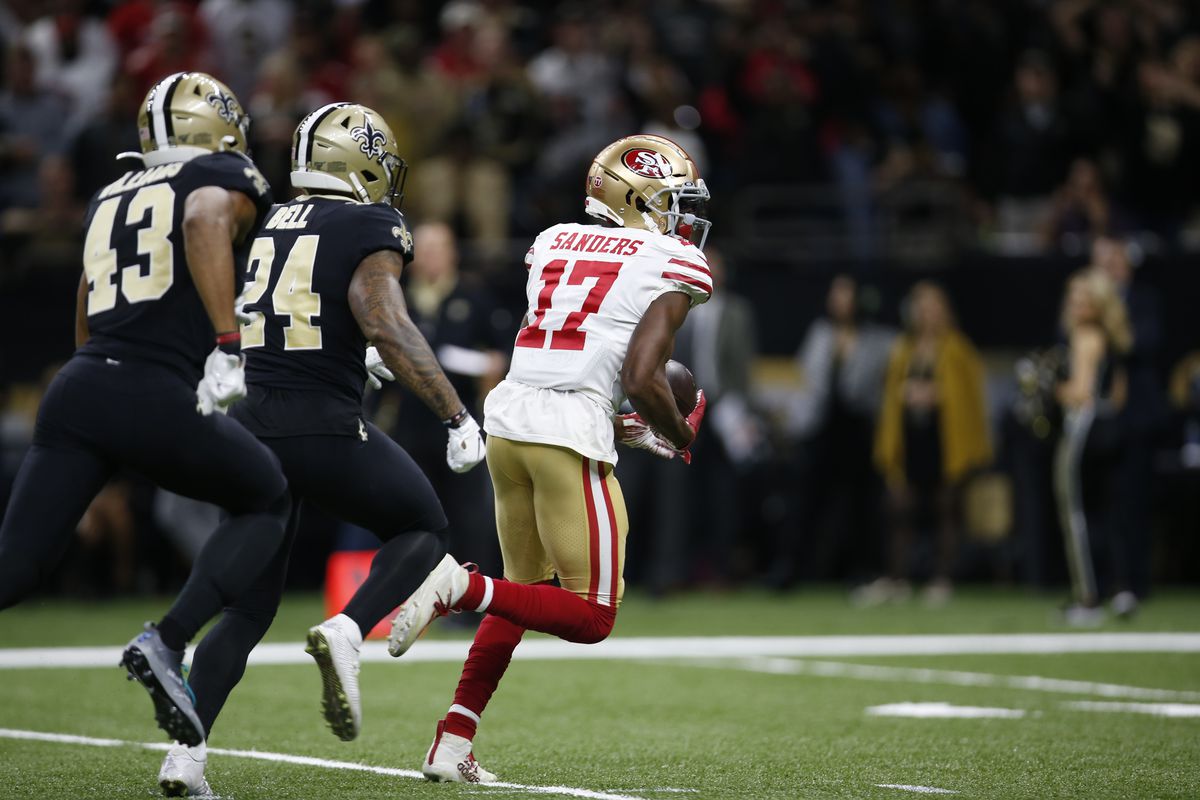 After passing up offers from the Packers and Cowboys, Emmanuel Sanders is Drew Brees’ latest weapon. The Saints and Brees have finally locked down a solid number-two option beside Michael Thomas and seem to have no glaring holes after this move. But will the 33-year-old benefit from a move to the Big Easy? Let’s take a look.

Emmanuel Sanders has caught balls from a revolving door of mediocre quarterbacks since Peyton Manning retired. Since then, he has played with Trevor Siemian, Case Keenum, Jimmy Garoppolo, Paxton Lynch, Joe Flacco and Brock Osweiler. In one full season with Manning, Sanders put up a 101/1,404/9 stat line and followed that up with two straight 1,000-yard seasons without him. Now a Saint, he has another elite quarterback to sling him the ball in a balanced offense that fits his skill set rather well.

Sanders’ excels in the medium-range routes as his average target distance is just beyond 11 yards. That lines up perfectly with Brees’ career average of 11.3 yards per completion. It helps that he will have Michael Thomas, Alvin Kamara and Jared Cook on the field with him and should not see double-coverage very often.

Moving from a run-heavy offense to a more balanced offense in New Orleans raises his stock greatly as the Saints averaged eight more pass attempts per game than the 49ers did a year ago. Sanders will have more opportunities and fewer shadows because of this.

There are some reservations about both Sanders’ age and injury history. Between 2017 and 2018, he missed a total of nine games and at age 33, his hamstring problems could always resurface. On top of that, Brees has three studs at his disposal already and the addition of another could always be something you want to stay away from in DFS.

Despite being productive the past three seasons, Sanders has not surpassed the 900-yard mark in that span and has totaled only 11 touchdowns receiving. A change of scenery can help a lot of athletes but it has been a tough go for the aging veteran as of late.

Although he is getting up there in age, Sanders has a lot to offer to a Super Bowl-contending team like the Saints. After a few injuries in 2017 & 2018, he was able to play a full season with the 49ers last year and appears to have put those ailments behind him. With all of the attention Thomas will get from opposing defenses combined with the production from Brees, Sanders should be a top-15 fantasy option this coming year and has tremendous upside.