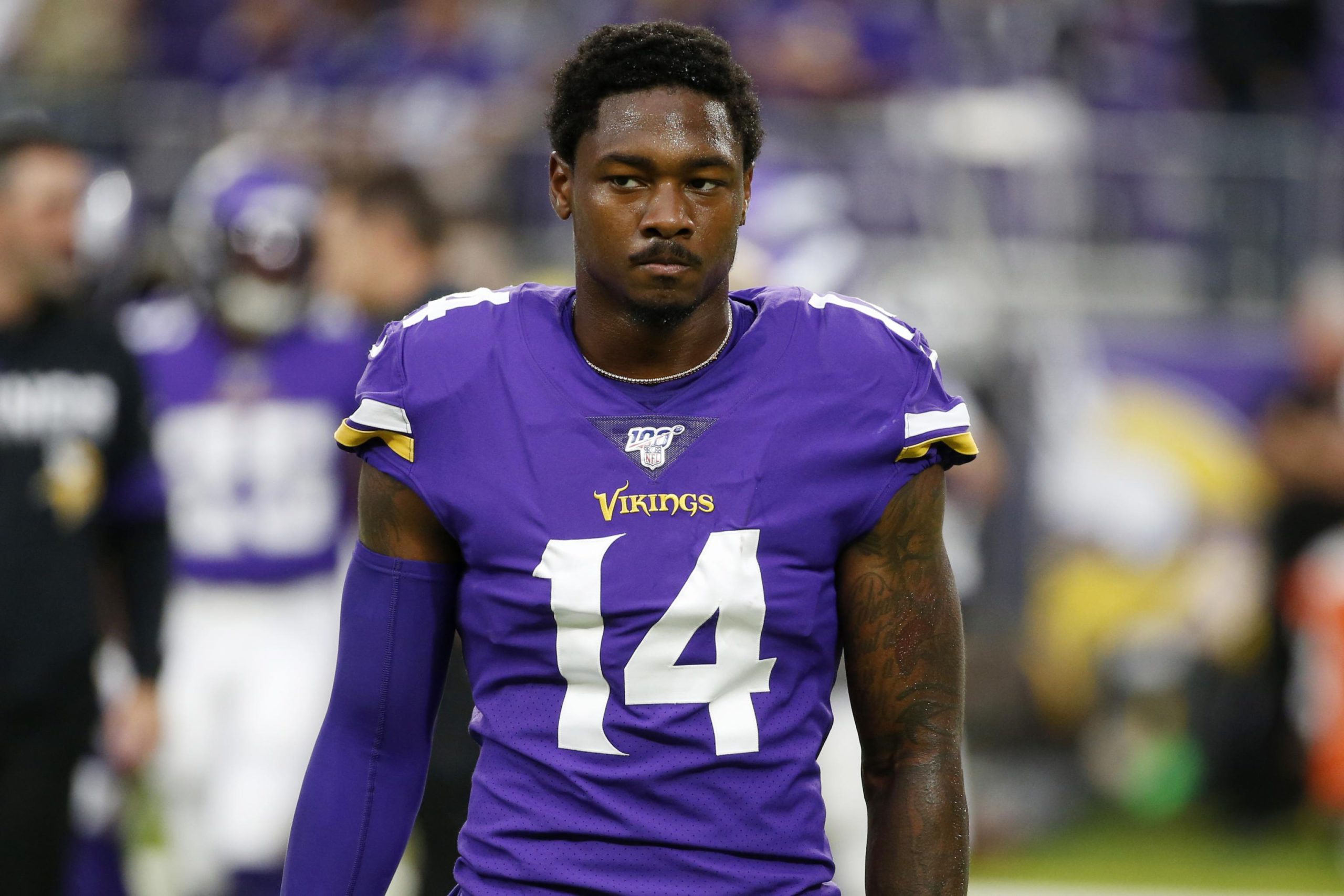 Stefon Diggs was finally traded this past week after his willingness to leave Minnesota was apparent for the better part of a year. Diggs will pack his bags and become the top-target for a young Buffalo Bills team that sees an open window after the departure of Tom Brady from New England. You would think that his fantasy value would slingshot by having Josh Allen as his quarterback, but with a further look, I’m not so sure. Let’s roll the tape!

Diggs would come into training camp as the Bills’ number-one passing option – something that Adam Theilen kept away from him in Minnesota. That comes with a reasonable expectation that he would see more than the 94 targets than he did last season in an offense that attempted the third-least amount of passes in the league last year. More targets would obviously mean more opportunities for the versatile wideout.

Diggs is a receiver you want on your team because he can line up in both the slot and on the outside and not miss a beat. His snap percentage by position seems to fluctuate every year but his ability to generate YAC while garnering a lot of deep targets is something that has stayed constant which should make him fit right in with the Bills. Having John Brown on the outside and Cole Beasley in the slot will give this team a lot of options in an offense that loves to run the ball with Singletary.

Even though the Bills threw the ball more than the Vikings last season, it was not by that much. They only attempted 47 more passes than the Vikes did a season ago and there is no guarantee that they would go to the air more just by adding Diggs.

For those of you expecting a perfect combo of Diggs’ speed and Allen’s arm, it might not work out the way that you think. Josh Allen ranked 32nd amongst NFL quarterbacks last season in deep-ball completion percentage at 25% and even though he has a rocket arm, he has been inconsistent in that regard.

I think that the rumblings of Diggs already looking for a new contract point to this being a headache for the Bills’ brass. Buffalo is a blue-collar place where hard-nosed football is appreciated and I think this move was made prematurely. There is no denying the talent that Diggs brings to the field but the “fit” is not there for me. Buffalo made their ascension on the ground last year and adding another option on the outside will take that away in certain situations and I believe his addition will help John Brown’s stock more than it does his own.