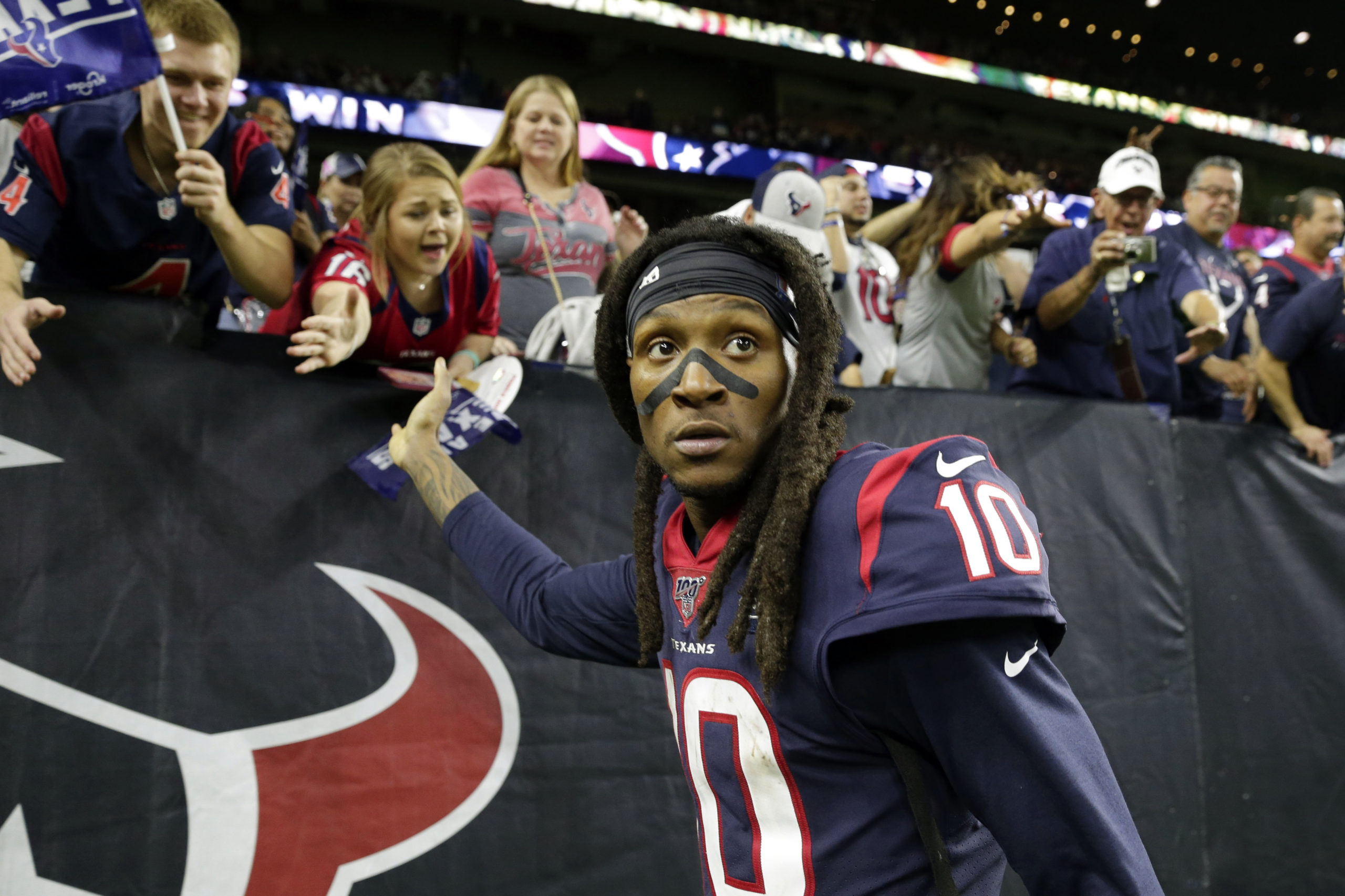 DeAndre Hopkins being shipped off to Arizona with a fourth-rounder for David Johnson, a second-rounder and fourth-rounder is one of the most shocking trades in recent memory. Hopkins is still only 27-years-old and is in the prime of his career. Regardless if there was a rift between him and head coach Bill O’Brien, the value Houston got in return is shockingly low for a player of Hopkins’ caliber. Hopkins is now leaving one electric quarterback in Deshaun Watson for another in Kyler Murray. How will Hopkins’ fantasy value be altered with the move to Arizona? Let’s break it down!

Hopkins should have a lot of motivation to have a huge season in 2020. He will be out to prove the Texans wrong for trading him away instead of committing to him long-term. In addition to that, he has an opt-out in his contract after 2020 that can make him an unrestricted free agent. If he has a great season, he will be in line to get a massive contract in free agency. Last season, Hopkins caught 104 passes for 1,165 yards and seven touchdowns. He was ranked seventh amongst receivers in fantasy points per game. While this is an impressive season, he has shown that he is capable of more. With the aforementioned circumstances, it could push him to have a career season.

Another factor that will help Hopkins is the fact that the transition to the Cardinals offense should not take a lot of time for him to pick up. Head coach Kliff Kingsbury implemented his offense last year and it started off great right from the start even with rookie quarterback Murray manning the ship. It is a scheme that Kingsbury used as a college coach at Texas Tech, so it should be easy for Hopkins to pick up.

It is pretty hard to say definitively whether or not this move to Arizona will benefit Hopkins fantasy-wise or not. When you compare the supporting cast and style of play between the Texans and Cardinals it is pretty similar. If Murray improves his play from his rookie season, Hopkins will have a huge year.

If Murray stagnates, Hopkins will still be really good but he won’t be a top 3 or 4 fantasy receiver next year. Ultimately, I think Murray is going to improve from his rookie season and turn some heads around the league with his play. I think this will benefit Hopkins and he will be a top-three fantasy wide receiver in 2020.