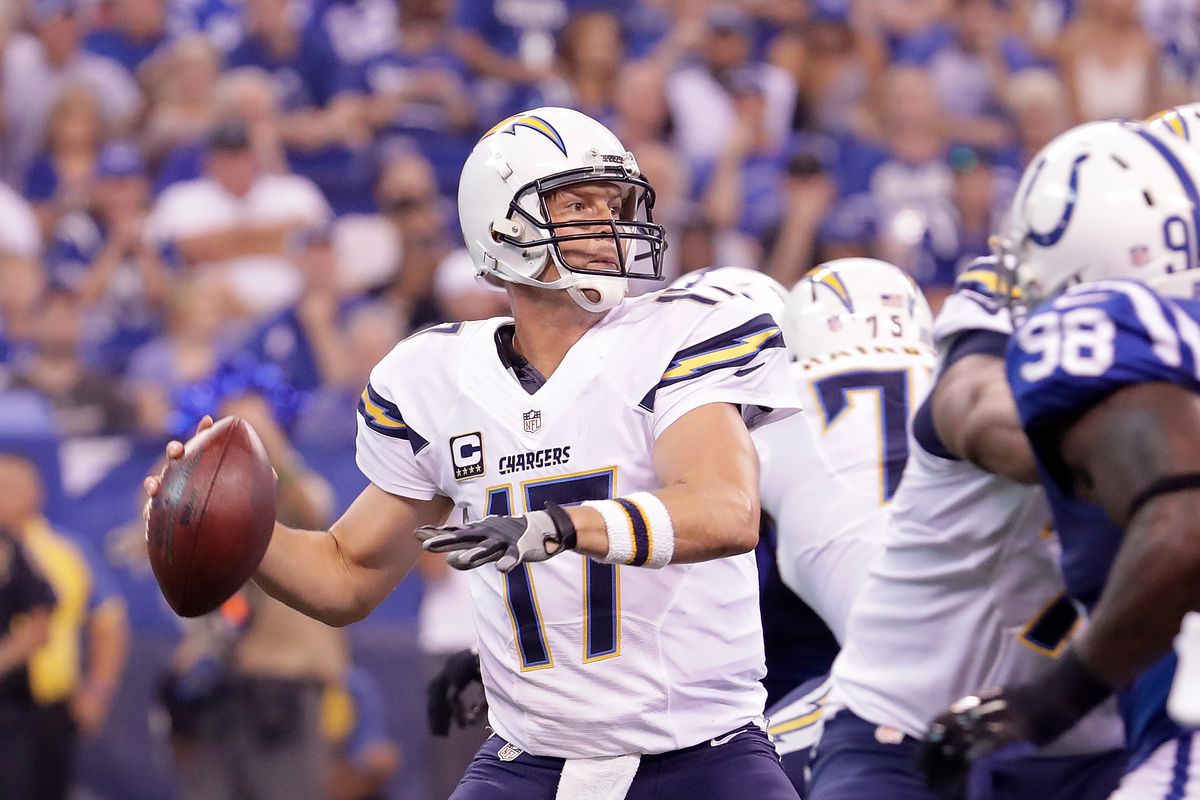 After being with the Chargers for the first 16 years of his career, Phillip Rivers has signed a one-year deal to be the starting quarterback for the Indianapolis Colts. Like seeing Tom Brady in a Buccaneers uniform, it is going to be strange seeing Rivers in a Colts uniform.

It is a little bit surprising as well considering the fact that Jacoby Brissett was solid in his first full season as a starter with the Colts. After this big change in Rivers’ career, it is time to break down what we should be looking to see from him in 2020 fantasy-wise.

The biggest reason to be optimistic for Rivers this upcoming season is that he will have something he has rarely had in his career: a great offensive line. In the last two years, the Colts were ranked first and tenth in sacks allowed. After re-signing left tackle Anthony Castonozo, the same group stays intact upfront for 2020. Rivers will have more time to find open receivers and it will lessen the number of interceptions that he will throw.

The offensive line has also played a key part in the Colts being able to run the ball. Marlon Mack ran for 1,091 yards with a per-carry average of 4.4 and had eight touchdowns last season. Rivers being able to rely on a power running game will also decrease the chances of him throwing interceptions. Rivers threw 20 interceptions last year as he had to force the issue a lot with a poor running game. I feel very confident in saying that he will cut the interceptions down a significant amount next year which will help his fantasy value.

Rivers will also have a well-accomplished coaching staff to work with. The Colts head coach Frank Reich has been as good as it gets when it comes to offensive minds in the game today. He actually coached Rivers from 2013-2015 in San Diego and then he helped lead the Eagles to a Super Bowl victory in 2017 as the play-caller for Carson Wentz and Nick Foles. Andrew Luck then had the best season of his career under Reich in 2018. If there is anyone to get Rivers back on track it is Reich.

The biggest reason to be pessimistic about Rivers next season is the weapons he will have around him in Indianapolis versus what he had in LA. Rivers had two great receivers in Keenan Allen and Mike Williams who both recorded over 1,000 yards on the season. He had a reliable tight end in Hunter Henry who caught 55 passes for 652 yards and 5 touchdowns. He also had change-of-pace running back Austin Eckler who caught 92 balls for 993 yards and eight touchdowns. For the Colts, Rivers’ top three options will be T.Y. Hilton, Zach Pascal and Jack Doyle. This is a significant drop-off in talent from what Rivers was used to playing with in LA.

Even though the weapons will not be as good, I think the remaining structure of the Colts team will boost River’s fantasy value for next season. Given the fact that he has worked with Reich before makes me feel confident that the transition to the Colts will be seamless for him. Rivers frustrated people with the number of interceptions he threw last year. This will be a thing of the past next year and he will be a better fantasy quarterback as a result of it.