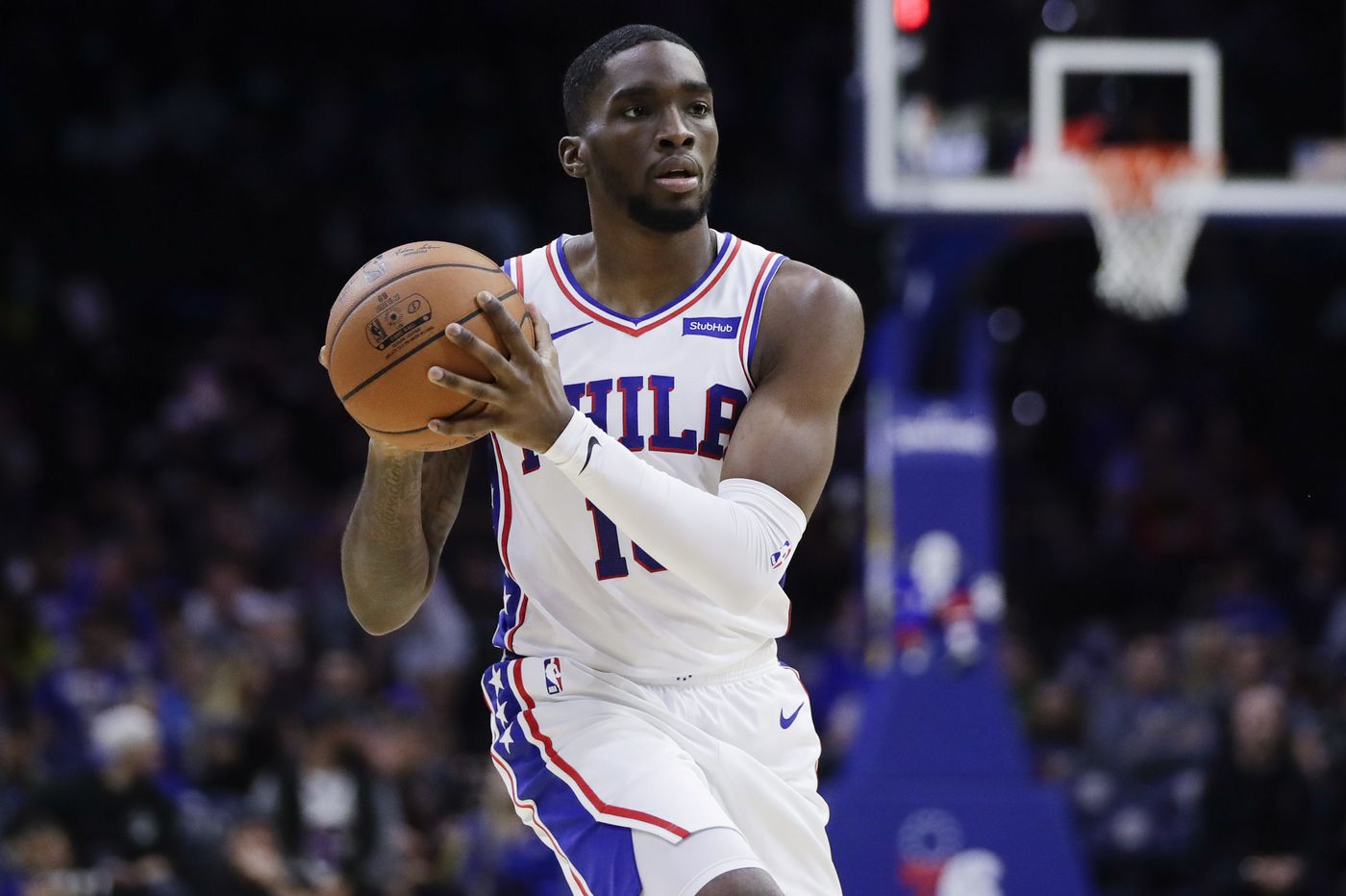 In a four-game slate loaded with injured players and three teams on the second half of a back-to-back, I’m focusing more on value tonight. Three of my plays come from the Warriors/Sixers matchup as I feel this game has the best chance to be a shootout between high-ceiling players. I’m shockingly staying away from the two healthy guys with 1X tonight so find out why!

C.J. McCollum was on a tear when Damian Lillard was out and even with him back in the lineup, I like McCollum better tonight on the second half of a back-to-back. Over his last eight, he is averaging 31 points, 5.1 boards, 7.9 assists and 68.4 SD points per game at 1.3X. Six of those were without Lillard so they are a bit inflated but with Lillard back over the last two, McCollum is at 56.7 SD points per game with his multiplier.

As I said, Portland is on the second half of a back-to-back and Lillard could sit this one out should the Trail Blazers want to ease him into action. Even if they don’t, I think Lillard could be gassed as this would be his third game in four days after sitting out the previous six. I’m not saying McCollum should be locked into your lineups but he is a better option than Dame and has more juice.

Shake Milton has taken his opportunity and ran with it with the 76ers missing three starters and he has the coolest name on this slate. In his last five games, he is playing almost 33 minutes per game while averaging 22 points, 3 boards, 4.4 assists and 1.2 steals per game. With his current multiplier, he is averaging over 65 SD points per game in that stretch.

The concerning thing is just how efficient he has been from the field and if he can sustain his lights-out stretch. He is making 63% of his shots from the field and a ridiculous 68% of his threes in his last five. However, Milton could not have asked for a better matchup as Golden State is the sixth-worst team in terms of opposing shooting percentage and dead last in opponents three-point percentage.

Draymond Green being questionable is the icing on the cake and in a smaller slate Shake Milton NEEDS to be in your lineups tonight.

Andrew Wiggins will never be able to live up to the hype that once surrounded him, but he is finding his way as a member of the Golden State Warriors. In his last four games, he has done a little bit of everything averaging 22 points, 6.8 boards, 4.8 assists, 1.5 blocks and 1.5 steals per contest. That’s good enough for 44.7 SD points per game and gets up to 62.6 when you factor in his 1.4X for tonight.

His value goes up should Draymond Green miss another game and I’m sure he’s excited to get to play with Steph Curry. Wiggins is the type of scorer who can give a decimated Philadelphia team fits and I feel confident he can reach the 60-point marker tonight.

This feels like a reach as I’m writing it, but as we said, smaller slates with few studs call for a few risk plays. Larry Nance Jr. has been filling the stat sheet in his last two games averaging 17.5 points, 11.5 boards, 6 assists and 3 steals. His 75.9 SD points a game with his 1.5X is eye-opening but not as much as his minutes in those games. Nance Jr. has played over 39 minutes per game in each of the last two.

The matchup isn’t amazing but it could be a lot worse as Denver might be leading most of the game and resting their core players giving Nance a chance to rack up points. Kevin Porter Jr. has already been ruled out for the Cavs and if Andre Drummond is forced to sit again then Nance should be considered as he’ll have to carry more of the load again tonight.

I’m not in love with Jokic tonight at 1X because I think this game could get out of hand and the Joker might not see many minutes. On top of that, he has only topped 50 SD points once in his last five so the 1X is hard to justify. As for Whiteside, he has topped 50 in six of his last eight games and has slightly better juice at 1.1X.

Coming off of a 23/20/4 night against the Suns, he is rolling averaging 19.4 points, 15.8 boards, 3.5 blocks and 58.1 SD points per game with his current multiplier over his last eight games. I think Whiteside has a far better floor than Jokic does at this point in the season.

With a lot of injured center’s on this slate, the juice of Marquese Chriss is something that should not be overlooked. He is nowhere near the player of Jokic or Whiteside but his 1.6X could make him worth the risk. In the nine games before Steph Curry returned from injury, he put up respectable numbers posting 15 points and 8.8 boards per contest leading to 55.5 SD points per game with his multiplier.

He hasn’t wowed anyone with his play but Curry’s presence on the court seemed to help Chriss on Thursday when he totaled 76 SD points with this multiplier on a 17 & 12 night. What I love most about this play is that Chriss is going against a depleted 76ers team that has allowed the most points in the paint to opponents and has the worst defensive rating in their last three games.