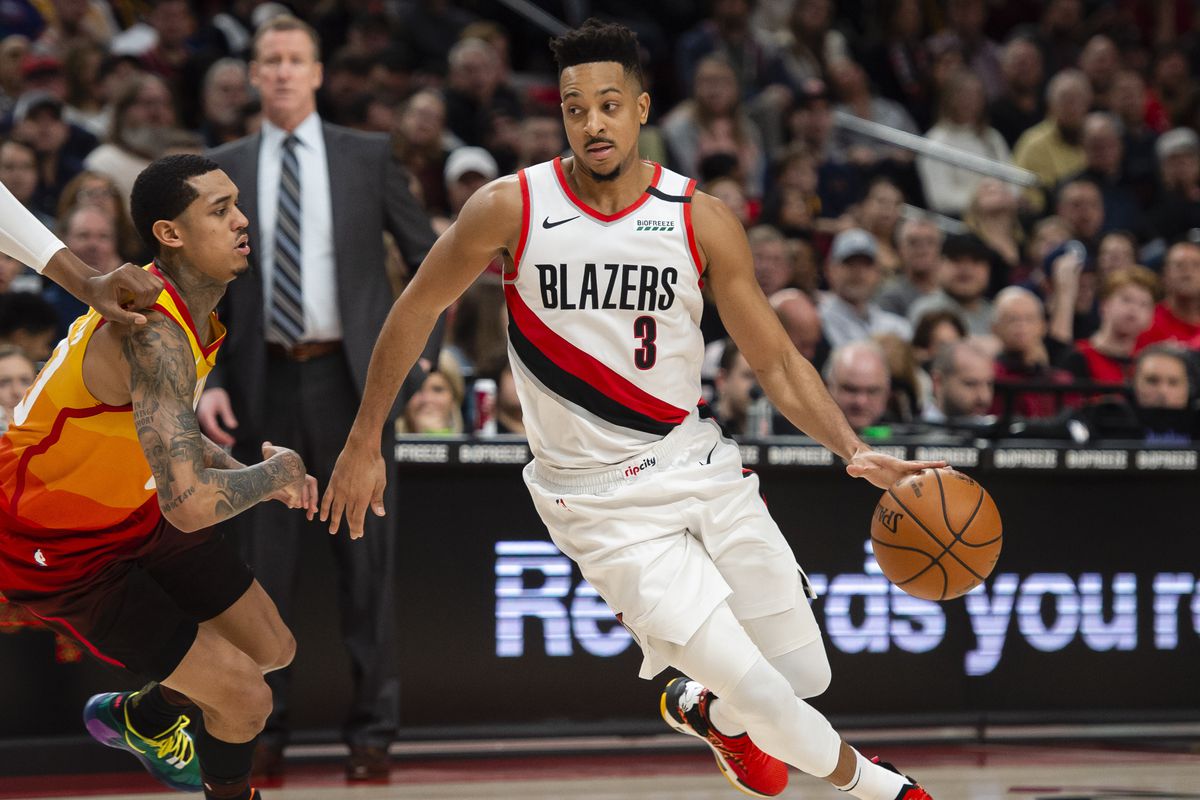 Smaller slates are exciting enough as it is and seeing LeBron out really opens up lineup variety. There are only two players under 1.2X expected to play in tonight’s four-game slate which means you’re going to have to look for value. My top picks feature three guys with a value of 1.45X or higher so let’s get to it!

Another game without Dame means another limitless game for C.J. McCollum at 1.45X. The Pacers are one of the best defensive teams in the league in just about any metric so this is not a matchup play. This is a play out of volume at this juicy multiplier tier.

It’s hard to find someone at 1.45X that is taking over 25 shots per game and that is exactly what he is doing when Lillard is out. In those five games without Lillard, he is averaging 31 points, 5.8 boards, 6.8 assists, 4.6 threes made and 58.85 SD points per game. His multiplier would put that total at 85.3 per game. Expect a high ownership percentage for McCollum tonight because of this.

With Lebron James out for only the third time this year, other Lakers will have to pick up the tab. In the previous two games without King James, Rajon Rondo has been the one to benefit the most because he has been the guy to handle the ball in these situations.

In those games, he has doubled his average SD points per game by putting up 40.25 on the heels of a stellar 21/12/8 performance on Jan. 11 at Oklahoma City. Factoring the massive 1.8X into that equation has him sitting with a pretty average of 72.45. Without Lebron on the court, this should be a closer game and allow Rondo time to stack points.

Like Rondo, you would expect AD to get more looks tonight with Lebron dealing with a groin injury. He played once this year without James and posted 32/11 on his way to a 56.25 SD point night. Even if he is dealing with an injury of his own, you know what you are getting out of Davis on a nightly basis.

In his last four games, he is averaging 28.5 points, 12.5 rebounds, 4.25 blocks and 62.8 SD points per game. He doesn’t provide any juice at 1X but he holds value every night and has tallied seven straight double-doubles with one triple-double in that span. The elbow is a bit of a concern but his usage should be high without Lebron. He took five more shots than his average in the one game without him this year.

He doesn’t just have a cool name, he can ball too. Domantas Sabonis has a little bit of everything on his side tonight – his recent play, his matchup and his history with that matchup. In Sabonis’ last five games, he is putting up 19.4 points, 11,6 rebounds, 6.4 assists and 55.56 SD points a game with his current multiplier. These aren’t overwhelming numbers but he has posted over 49 SD points in three of those games and has a chance to be the highest-scoring Forward in this slate.

In a game against Portland earlier this season, Sabonis combined for 76.8 SD points (with the 1.2X) on 27 points, 14 boards and 11 assists. Portland is one of the league’s worst defensive teams and owns the fourth-worst defensive efficiency rating and the fifth-worst points per game average to opposing teams. Getting a guy this good against an awful defensive team at 1.2X is a dream.

Seeing that Embiid is on the second game of a back-to-back and Whiteside has an undesirable matchup for big men, I love Steven Adams tonight given his multiplier and recent three-game stretch. He has filled the stat sheet in that span averaging 18.7 points, 13.3 boards, 1.7 blocks, 2.7 steals and 50.67 SD points per game – 78.5 with his multiplier.

Sacramento is in the bottom third of the league in their last three games when it comes to opponents scoring in the paint. I like Adams tonight over any center in this slate.

How to Refer a Friend