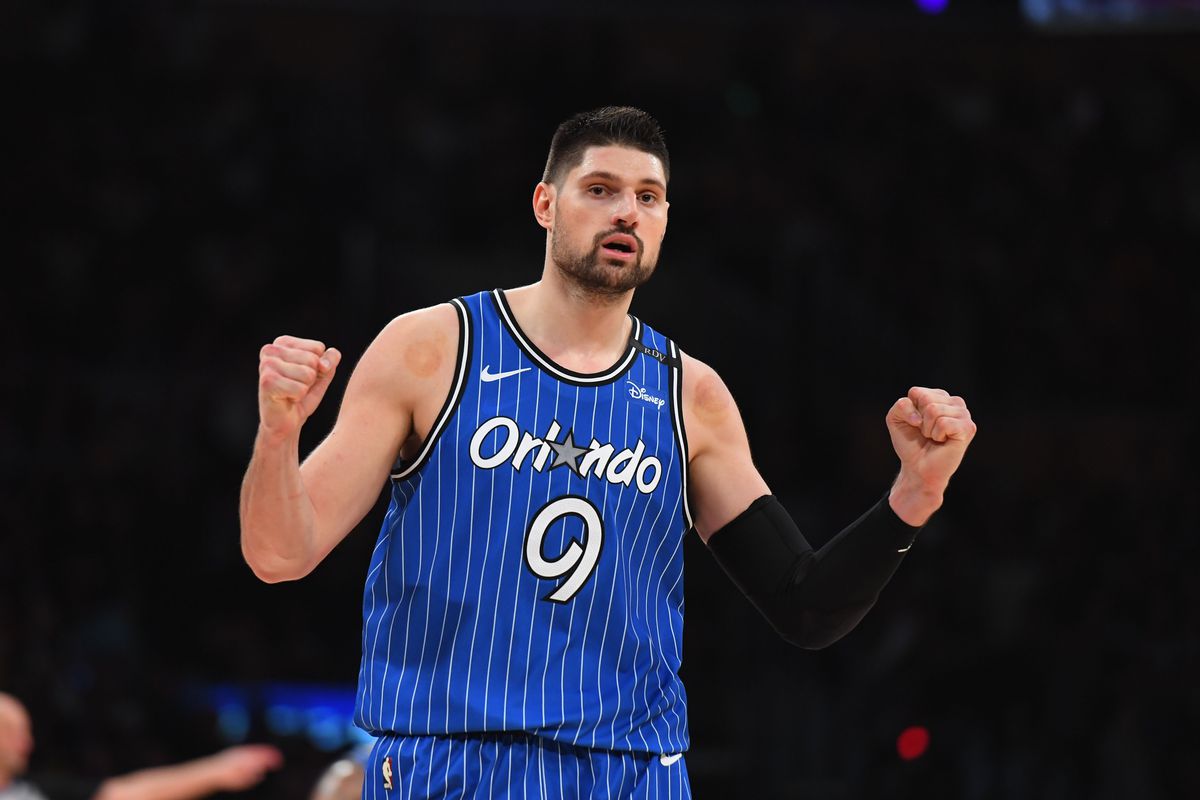 It is pretty rare for an NBA Wednesday to be a small slate of games but that is what we got tonight on SuperDraft. We only got a six-game slate tonight with three 7:30 pm EST starts, and one game apiece at 8 pm, 9 pm, and 10 pm. The even more unusual part of this slate is the depth of high-end guards you have to choose from with only six games. We have four guards valued at 1X tonight; James Harden, Luka Doncic, Russell Westbrook and Trae Young. So which one of these guards provides the best value? Let’s answer that question right now!

After Harden went through a bit of a rough patch, in his last 10 games he has fully regained his form as a must-play even at 1X. In the last 10 games, he averaged 33.5 points, 8.2 assists, 7.6 rebounds, 1.9 steals, 1 block and 63.7 fantasy points per game. This level of play is back to where he was early in the season in which he was a borderline lock for your lineup regardless of the opponent.

What makes him extra appealing tonight is the opponent that he gets to face. He faces off against a Grizzlies defense that is ranked 28th in fantasy points allowed to opposing shooting guards and 17th in defensive efficiency. With the addition of Robert Covington, the Rockets have gone all-in on small-ball and three-point shooting. Memphis ranks 23rd in three-pointers allowed. This is a great match-up for Harden to put up huge numbers. The match-up combined with his consistency makes him an easy pick for tonight.

Mitchell had a tough game to start the 2nd half of the season as he only scored 19 fantasy points in a 9-point loss to the Spurs. However, he has answered the call the last two games putting up 40.75 and 51 fantasy points respectively. For the season, he is averaging 24.4 points, 4.3 rebounds, 4.3 assists, 1.1 steals and 38.3 fantasy points per game. When you factor in his multiplier, the average goes up to 57.5. Given the fact that Mitchell is not in any type of slump and is still the man carrying Utah’s offense, this is a steal regardless of the opponent.

I like Mitchell to continue the trend of scoring 40 or more with this match-up against the Celtics. There has been a sneaky rivalry between Jayson Tatum and Mitchell for who the best player in their draft class is. With Tatum getting a lot of praise and attention right now, expect Mitchell to come out firing tonight. In addition to that, the Celtics are on the 2nd night of a back to back. Mitchell is poised for a huge game and you should take advantage of him being valued at 1.5X.

One of the most common occurrences we see in the NBA is when a player goes to a new team, we can sometimes see a big transformation on who that player is. That is exactly what we are seeing with Malik Beasley ever since he was traded to Minnesota from Denver. In his first six games with the Wolves, he averaged 33.9 minutes, 21.8 points, 6 rebounds, 2 assists and 35.3 fantasy points per game. In Denver, he averaged 18.2 minutes, 7.9 points, 1.9 rebounds, 1.2 assists and less than 16.6 fantasy points per game.

This new version of Beasley makes him a very nice value play at 1.7X. When you factor in that multiplier to his Minnesota average, he is averaging 59.9 fantasy points per game. What makes him even more appealing for tonight is the fact that Karl Anthony Towns is out. He will most likely be the 2nd option in the Wolves offense and will be given plenty of chances to rack up fantasy points.

Adebayo has been one of the best stories of the season as he has jumped from being a role player to an all-star in one season. His versatility has made him a great fantasy player as well as a player that contributes to winning basketball games for the Miami Heat. He has taken his game up a notch in the last 10 games as he averaged 17 points, 10.9 rebounds, 6.9 assists, 1.9 steals, 1.7 blocks and 49.8 fantasy points per game. Factor in his multiplier to that average and it goes up to 59.8 fantasy points per game.

Given his opponent being the Timberwolves, I expect Adebayo to exceed the 60 fantasy point mark tonight. Minnesota is ranked 21st in defensive efficiency and the 23rd in rebounding rate. With Towns out, Adebayo should be able to clean up on the glass against the inferior Minnesota big men. Combine that with the fact that Jimmy Butler might miss this game, it has all the makings for Adebayo to have a huge night.

With a small slate and not many great options for forwards at 1.7X-2X, we are just sticking with one more guy here. John Collins has been a boom or bust player lately. In his last six games, these are his totals for fantasy points: 61.5, 37.5, 36, 35.25, 70.25, and 37.75. In the games he was in the 30s, it was an uninspiring night for a player with a multiplier of 1.35X. However, the two games he had 61.5 and 70.25 respectively made him a great pick. With Collins facing off against the Magic, this feels like a game where Collins could pop and score close to 60 fantasy points.

The Magic are ranked 21st in rebounding rate and 25th in fantasy points allowed to opposing power forwards. With no Jonathan Issac in the lineup for the Magic, Orlando is simply not the same team defensively against power forwards. Collins will not disappoint you if you put him into your lineup tonight.

On the other side of the court opposing Collins is Nikola Vucevic who has a significant advantage of his own. Firstly, Vucevich is playing terrific basketball in his last five games. In that stretch, he averaged 23.2 points, 10.8 rebounds, 5.2 assists, 1.6 steals, 1.6 blocks, and 54.3 fantasy points per game. When you factor in his multiplier of 1.15X, he averaged 62.4 fantasy points per game in that stretch. In addition to the way he is playing right now, Vucevich has a fantastic match-up facing the Hawks.

The Hawks are ranked last in fantasy points allowed to opposing centers, last in rebounding rate, and 28th in defensive efficiency. It doesn’t get much easier than that for Vucevic with this match-up against the Hawks. Combine that with how he is playing lately, it will be hard to choose someone besides him tonight at the center position.