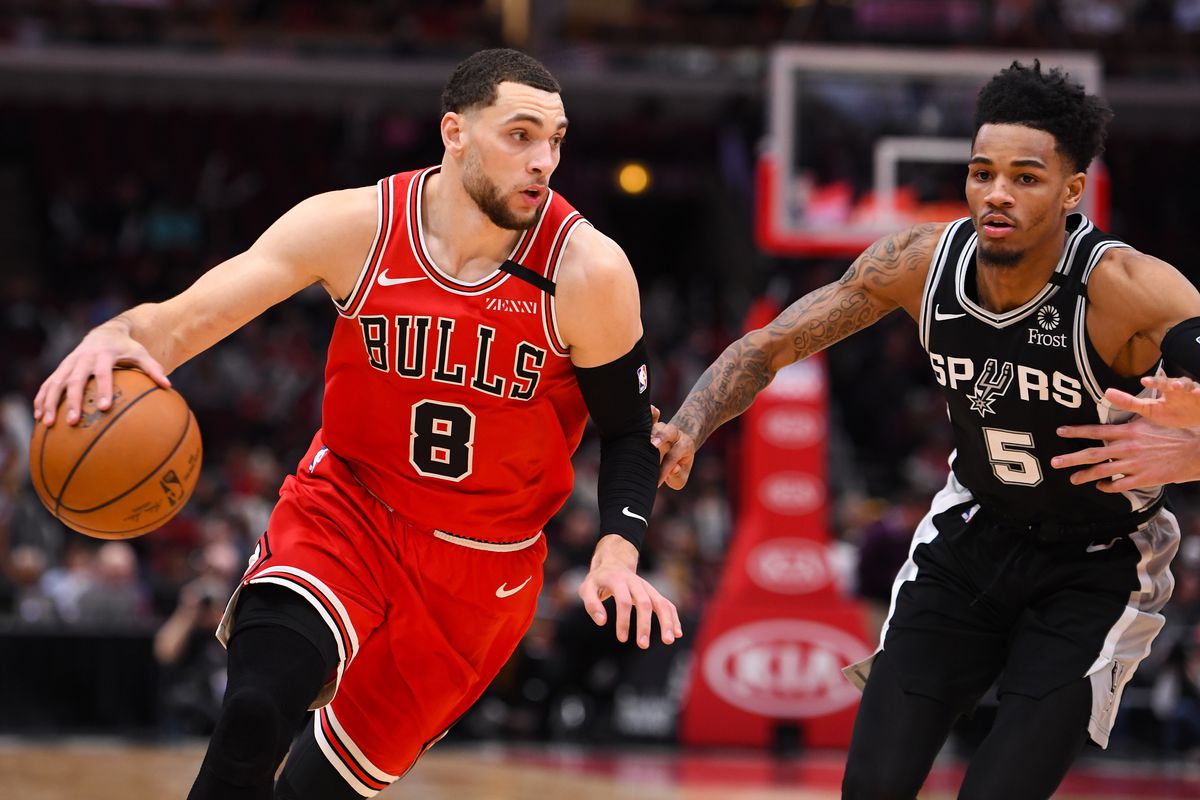 With King James and the Greek Freak being the only players at 1X in this slate, there is plenty of juice to go around – just don’t drink the Koolaid. Here are my top five plays tonight to help you cash tonight!

LaVine has been on a tear in his last five games and he gets another crack at a team that he dropped 39 points on earlier in the season. He finished that game against the Thunder with over 64 SD points when factoring in his multiplier.

If that doesn’t get you excited, his recent five-game stretch should. He’s averaging 29 points, 5 boards, five assists, 2.4 steals and over five threes in that span with an average of 62.9 SD points per game to go along with it. Expect LaVine to continue this type of play against a team that has allowed over 110 points to the opposing team in three of their last five games.

Damion Lee has been trusted with more minutes with a few Warriors ailing from injuries. With Draymond Green and Marquese Chriss out on Sunday, Lee led the team in points with 22 while connecting on four of his eight three-point attempts. With Green, Chriss and Andrew Wiggins all questionable tonight, Lee could see an even bigger role against the Kings.

Lee has performed well in games he has had to take up more minutes this season. In 17 games, he is averaging over 56 SD points per game when you factor in his current multiplier and I expect him to surpass 60 with ease should Green, Chriss and Wiggins miss tonight’s tilt.

Kemba Walker is out again tonight which makes Jayson Tatum a steal at 1.25X. Tatum went berzerk against LA on Sunday tying a career-high 41 points and has been nothing short of stellar in his last three games. In that span, he is averaging 36 points, 8.3 boards, 4.3 threes and 70.5 SD points per game when factoring in his multiplier.

Portland’s defensive efficiency rating of 1.103 is tied for the third-worst mark in the league and they are among the league’s worst in defending the three-ball. With how hot Tatum has been and with Kemba out again, Tatum will be heavily owned for good reason. Don’t miss out on this.

Zion was meant for the big stage and his first date with the Lakers at the Staples Center is going to be exciting to watch. He has gotten his legs under him after an adjustment period and tough matchups should not scare you away from rostering him.

In his last four games, the 19-year-old rookie has introduced himself to the league by posting 29 points on 60% shooting while tallying 66.5 SD points per game given his current multiplier. Going up against Lebron and AD WILL NOT scare this kid. He’s fearless and at 1.55X he’s hard to pass up.

Nikola Jokic has not topped over 57 SD points in his last five games, but before that, he was on a crazy three-game streak. In that time, he averaged 32.7 points, 15 boards, 10 assists, 1.7 steals, 2.3 blocks and 82.06 SD points per game given his current multiplier. The game that started that streak was against this same Pistons team where he put up 84.5 SD points on the back of his triple-double.

The matchup is a dream for the big man as Detroit boasts the fifth-worst defensive efficiency rating in their last three games and allows the fifth-most points in the paint to opposing teams on the season. With Andre Drummond there anymore there is nobody the Pistons can throw at the Joker to stop him.