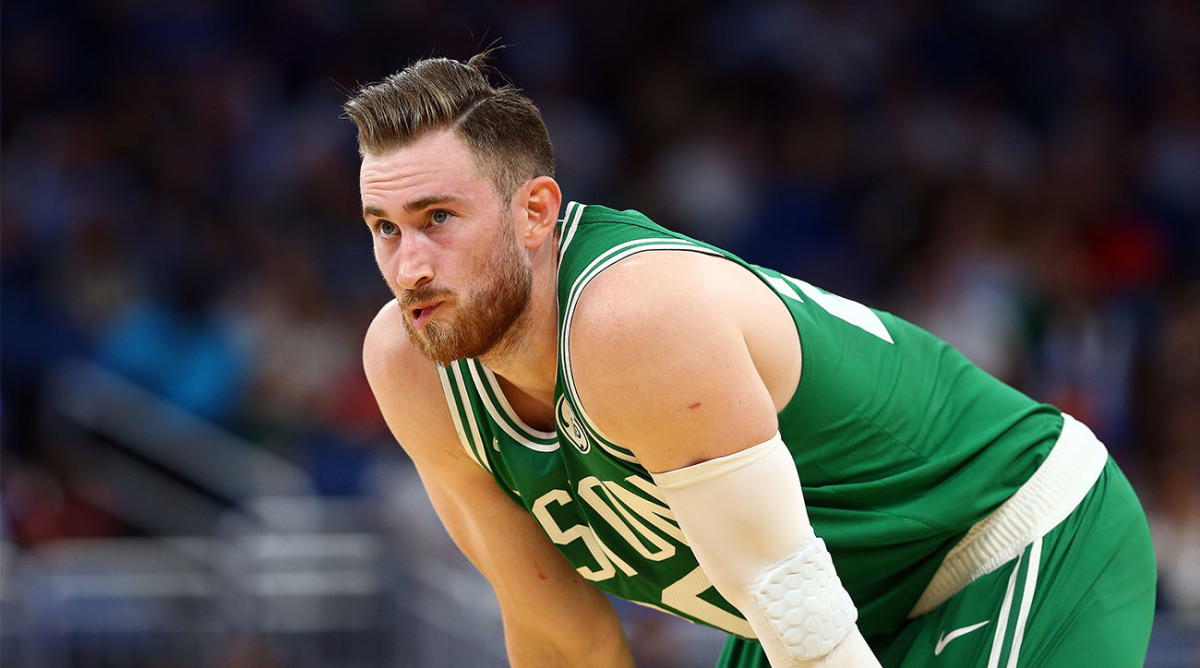 With only five slots in a single-game contest, there is little room for error. You won’t see Lebron on the list because of his multiplier and I don’t think he holds a lot of value today. Feel free to roster him but with the crazy multipliers in single-game slates, I want to focus on some guys with a bit more juice.

If Kemba Walker’s knee does not allow him to suit up tonight, Marcus Smart will have a high ownership percentage for good reason. He is averaging over 40 SD points per game when Walker is not on the court and has been more consistent than not in recent games.

Streakiness is obviously a concern with Smart, but at 2X he is hard to pass up assuming Kemba can’t go. In his last two, Smart is averaging 24.5 points, 4 boards, 7 assists and 46 SD points per game. If you factor in the 2X for tonight, his average would be 92. Keep an eye on Walker’s availability, but if he cannot go then Smart could top 100 tonight.

Hayward has tallied more than 40 SD points in four of his last five games and should get a usage boost if Kemba Walker is ruled out. In his last three games, Hayward is averaging 23.3 points, 9.3 rebounds, 5 assists and over 47 SD points per game. With his multiplier for today’s game he would have averaged 85 per game.

After having a rough time with injuries this season, it appears that the Butler product has found his groove and should be in for another productive game. A lot of my Celtics plays are contingent on Kemba sitting out, but Hayward holds value even if Walker takes the floor.

If you are torn between AD and Lebron, I would go with AD. His multiplier is only .05 more than Lebron’s but he holds more value based on his defensive stats and his recent play. In his last four games, Davis is averaging 29 points, 11.2 boards, 3.6 helpers, 1.6 steals, 3.2 blocks and 61.7 SD points per game.

Davis is a guaranteed double-double and has the potential to add blocks and steals in spade. He didn’t have a great game against the Celtics last time around but he only played 22 minutes. AD is a monster and I like him more than King James today.

What feels illegal but isn’t? Getting Jayson Tatum at 2.25X. Factoring this multiplier in, he is averaging over 117 SD points in his last six games. His averages in those games are 29 points, 9 boards, 3 assists and over a steal and block per game.

Like I have said multiple times before if Kemba is out Tatum’s value grows. But like Hayward, Tatum holds tremendous value regardless of his 2.25X and his floor is in the 90s given his scoring prowess and usage within the offense.