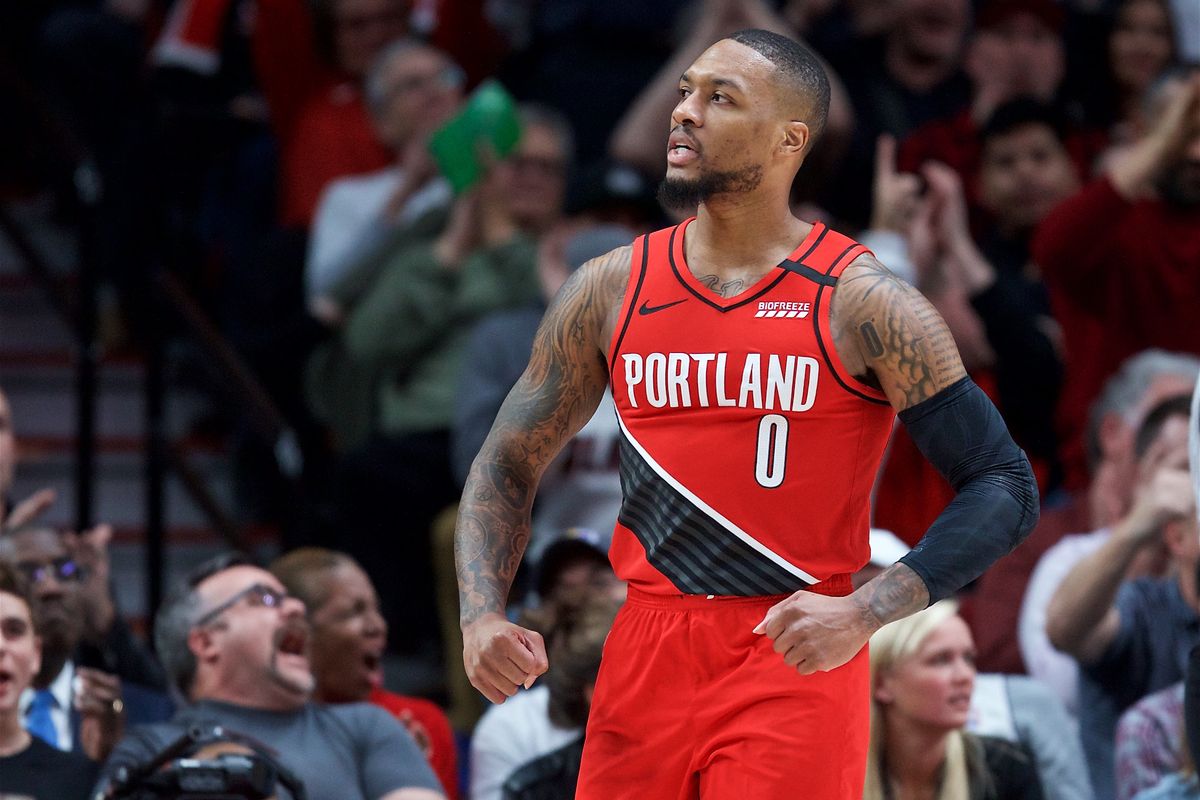 With a small slate of four games, having some chalk in your lineups is a must. Luckily for SuperDraft players, there is plenty of star power in the games including the Rockets, Lakers and Bucks but it doesn’t stop there. I have a couple of high-upside plays for you to consider as well so let’s get to it.

After a lackluster stretch for James Harden, he seems to be coming around. In his last two games, he is averaging 37.5 points, 13 rebounds, 7.5 assists and over 75 fantasy points. He also added four steals and two blocks in those games.

With Russell Westbrook questionable for tonight’s game, the Beard should have even more room to roam and continue his streak against a Hornet’s team playing their third-straight game on the road. Expect Harden to go over the 70-point mark for the third consecutive game.

If Damian Lillard is not in your lineup tonight, you need your pulse checked. Over his last six games, he is averaging 48.3 points, 10.2 assists, 7.2 rebounds and 79.125 fantasy points per game. He is also shooting the three extremely well making 49 out of his 86 attempts for 57%.

Lillard is in mid-season form and playing out of his mind and Denver may still be tired from the overtime game against Detroit two nights ago. Dame has put up over 79 SuperDraft points in four of his last six games – I’m surprised he is not a 1x against Denver.

Will Barton is an intriguing play in tonight’s slate that has a top-heavy guard pool. Barton has played well in his last two games for a Nuggets team that has been without Jamal Murray for almost a month. He is not expected to play tonight which could give Barton the go-ahead to continue his recent output.

In his last two, he has filled up the stat sheet averaging 22 points, 8 rebounds, 6.5 assists and 41.75 fantasy points per game. With his current multiplier that would have gotten him just under 65 FFPG. Barton is worth a look in this spot given the guard talent in this slate.

If you want 60-plus fantasy points guaranteed with a great chance to reach 80, the Greek Freak is your guy. He has been sensational over his last four games averaging almost 30 points, over 16 rebounds, 10 assists and over 66 FFPG.

This game has the potential to turn into a barnburner with both teams being in the top-six in scoring and you’ll want exposure to the best player on the floor. With a fast-paced game expected, a triple-double is in order for Giannis.

Miles Bridges’ minutes and production have gone up over the past week and he is sporting a two-game streak of over 40 fantasy points. Over the last two games, he has averaged 24 points and six rebounds and I expect those numbers to continue in a high-scoring game with the Rockets.

With no Clint Capela and possibly no Russell Westbrook, Bridges will have an easier go at the Rockets’ defense and I expect him to take around 20 shots. With a FG% over 44%, Bridges could make a push the 70-point mark.

This spot came down to Nikola Jokic or Whiteside who both have the same multiplier. I think Whiteside outperforms the Joker tonight with the Nuggets playing an overtime game in Detroit two nights ago where the larger Jokic had to play 40 minutes.

That coupled with Whiteside outplaying him in their two matchups this season does not bode well for Jokic. In those matchups, Whiteside has averaged 24.5 points, 15 rebounds and 53.5 fantasy points to Jokic’s 20, 12 and 41.25. Ride with Whiteside tonight if you are deciding between these two.

Cody Zeller is my favorite play of this slate when you consider his matchup and his multiplier. While Russell Westbrook is questionable, Rockets’ center Clint Capela has already been ruled out. In the last two games playing without Capela, Houston has struggled to guard the opposing big man. Kristaps Porzingis put up 35 and 12 while Zion Williamson followed that up with 21-10.

I expect this trend to continue with Zeller and the Hornets as the big man has averaged 11.5 points, 9.5 rebounds and 7.5 assists over his last two. He put up a monster 50.5 fantasy points his last time out and it looks like the stars are aligning for another big game.