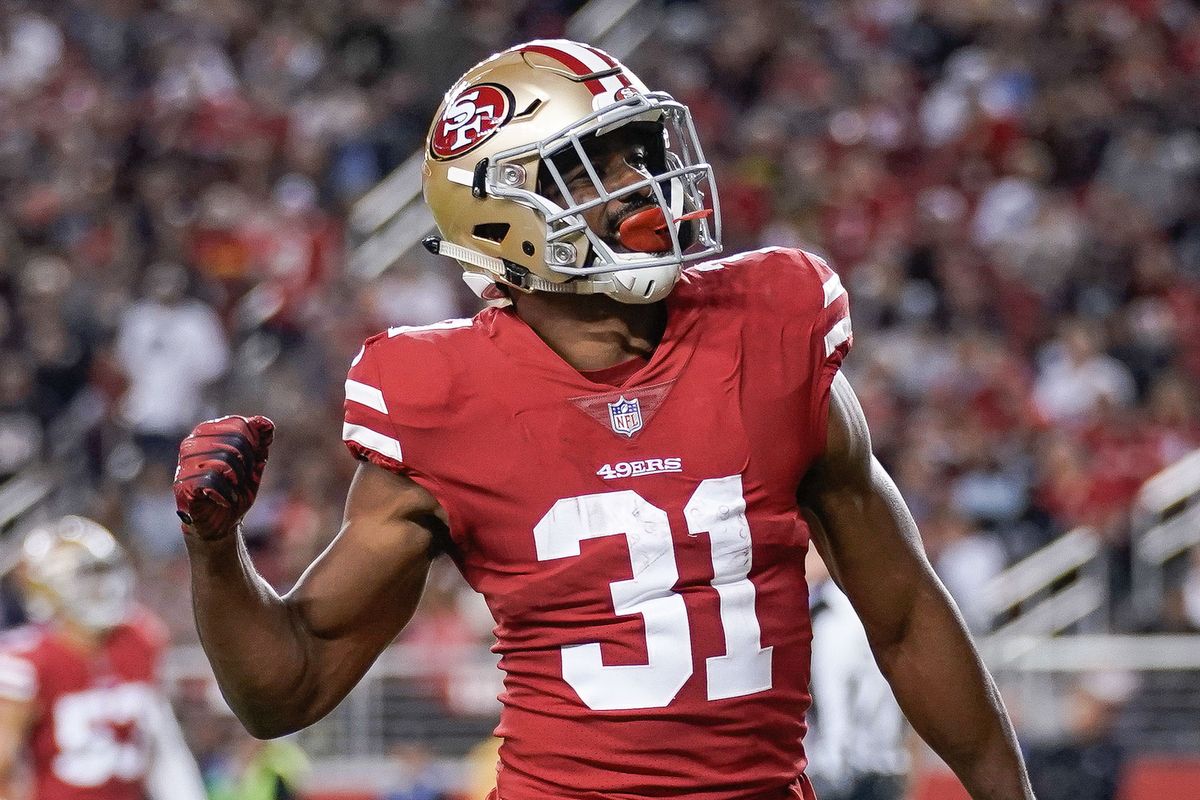 With the Big Game around the corner, you should be thinking about your best champion plays for Sunday. Getting that extra 50% is huge and high usage is what you should try to look for to maximize your fantasy points. Here’s who you should look at this weekend.

SuperDraft offers its players the opportunity to draft their team with absolutely no limits by using our unique Multiplier method. Enter the NFL $25,000 Big Game Hail Mary with a chance to win big and claim your spot on the leaderboards! First place takes home $5,000!

Pat Mahomes needs to be considered here despite only having a multiplier of 1.5x. I am reluctant to endorse most of the Kansas City pass-catchers because you never know where Mahomes is going to go with the ball, but you know he will be slinging it somewhere.

In his two playoff games leading up to the Big Game, he has thrown for over 600 yards and eight touchdowns while completing over 65% of his passes. He has also gotten it done on the ground rushing 15 times for over 100 yards and one memorable score. With his current champion multiplier, Mahomes would have averaged over 56 FPPG in these playoffs.

San Francisco’s defense is one of the best we have seen in recent memory. Only one quarterback has been able to throw for more than two touchdowns against the 49ers this season so it will not be an easy task. Mahomes faced a lesser version of the 49ers defense last year and threw for over 300 yards and three scores. Never count this guy out.

Damien Williams’ usage on the ground and through the air makes him an intriguing champion play. Over his last four games, he has averaged over 17 touches per game and although the yardage is not consistent, he has been finding the endzone in bunches.

Williams has scored seven touchdowns in his last four games and despite the 49ers’ excellent defense, his usage outweighs that. Getting a guy this hot that has a nose for the endzone at 2.4x can be a game-changer.

This is not a pick of recency bias after his 220-yard and four-touchdown performance. Sure, that helps, but Mostert has been running with a purpose for the last two months. He ended the regular season scoring touchdowns in his last six games where he totaled eight in that span.

His usage in the NFC Championship game saw an uptick with the injury to Tevin Coleman’s shoulder. With Coleman receiving a favorable MRI, he looks like he will be able to suit up against Kansas City.

I would imagine that Mostert will again see an uptick after his performance and Coleman not at 100%. He won’t see 29 carries like he did last week but expect at least 20 touches for Mostert this Sunday. In the Chiefs four losses this season they have allowed opposing running backs to gain over 850 total yards and allowed eight touchdowns to the position. When they have lost, it has been the running backs that killed them.