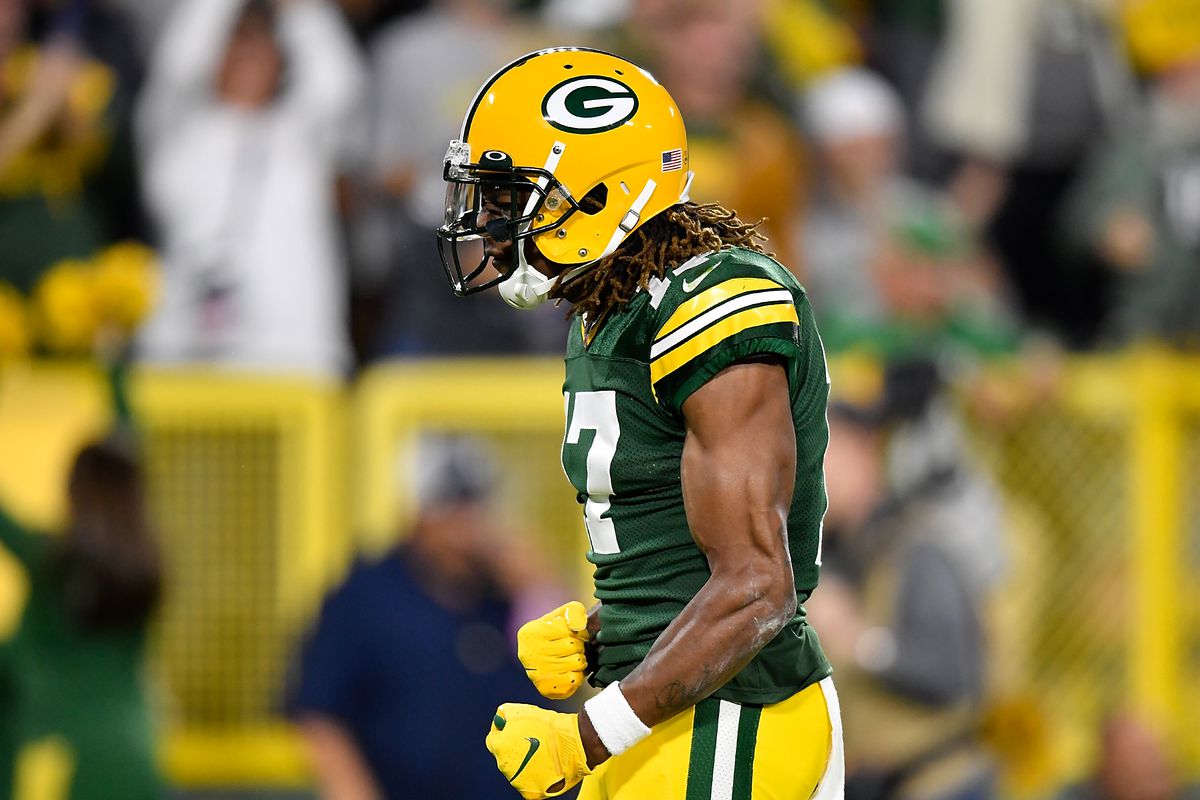 With such a small slate and not many elite playmakers in the player pool, this weekend could be tough. The best way to attack this is to go for the ones that have the highest floor. Fair warning, there’s plenty of chalk on this board.

Our of the four signal-callers, Patrick Mahomes is the only one that I can see going nuclear. Aaron Rodgers has the talent, but he has been pedestrian and has a tough matchup on the round against the 49ers. His opponent, Jimmy Garoppolo, has thrown as many touchdowns as he has interceptions in his last three games. As for Ryan Tannehill, well, he is not getting enough opportunities to put up points. Mahomes is the way to go.

Although the Titans were able to stifle the Ravens’ offense and have only allowed one touchdown through the air while picking the ball off three times these playoffs, Lamar Jackson was still able to move the ball and throw for over 350 yards. With the weapons at Mahomes’ disposal, he is in a good position to eclipse the 30-point total.

In their week-10 matchup, Mahomes threw for 446 yards and three touchdowns while putting up 31.84 fantasy points and scored 33.84 last week when he erupted for five scores against the Texans. Mahomes will be the highest-scoring player at his position and there are no reasons to look elsewhere.

I faded Derrick Henry last week and I never want to be on the other side of the fence again. Not only was it lonely, but he ran right through it and hit me with a truck stick. Henry and the Titans did exactly what they had to do to upset the Ravens and the Tractorcito was a huge part of that.

Henry ran the ball an astounding 30 times for 195 yards and added a passing touchdown on a goalline wildcat play. Like last week, Tennessee is an underdog in this game and we will not make the same mistake this time. Mike Vrabel is going to live and die by the run.

Despite the 1x, the volume and matchup are there for Henry to feast.

With similar multipliers and the 49ers’ habit of splitting carries, we will have to take a look at both of these guys. Tevin Coleman had a huge game against Minnesota last weekend carrying the ball 22 times for 105 yards and a pair of touchdowns. Some may think that they will ride the hot hand, but I’m not so sure that they will.

In his previous five contests, Coleman only totaled 22 carries for 96 yards and was held without a touchdown. As for Raheem Mostert, he has been far more consistent. Mostert has averaged almost 14 touches for 84 total yards over his last six with seven total touchdowns. Before last weekend, he had a touchdown in six straight games.

Mostert having a higher multiplier than Coleman is a gift.

We had high hopes for Tyreke Hill last weekend and he did not live up to them. Like Hill, the Baltimore pass-catchers had a hard time getting anything going against the Titans. The one that was able to have success was Marquise “Hollywood” Brown to the tune of 7/128 on 11 targets. Who does Hollywood remind you of?

Tyreke Hill has the speed to get behind any secondary and he showed that in the matchup with Tennesee earlier in the season. In that game, Hill posted career-highs in both targets and receptions by racking up 19 and 11 respectfully for 157 yards and a touchdown. With his quarterback in the best position, it is only fair to put his favorite cheetah beside him.

I know that Davante Adams has a date with one of the best passing defenses in the league, but his consistent usage is not something that can be ignored. In his last four games, the stud-wideout has seen 43 targets, hauled in 35 of them for over 450 yards and four touchdowns.

It isn’t just his last four games either. Adams has seen double-digit targets in nine of his 13 games this season. The last four receivers to see 10 or more targets against this defense have done well catching a collective 38 passes for over 450 yards and four touchdowns.

If Adams sees the usage he has been accustomed to, and there is no reason to believe he won’t, he is poised for a big day.

Although I feel that this slate is for the chalk, Bourne has the potential to find the endzone. Although he is the fourth target in the San Francisco offense, Bourne has shown he can be relied on. In the five games where Bourne has been targetted at least four times, he has a collective 17 receptions and five touchdowns.

If you want to take a flier on a 2x, Bourne would be my play. None of the 49er receivers did much of anything against this defense in the regular season, though, so be careful.

To the chagrin of Patriots’ fans, Travis Kelce went off last weekend for 10/134/3. He was Mahomes’ favorite guy to throw to seeing 12 targets and was the only pass-catcher to have major success. Just like the rest of the Chiefs’ offense, Kelce played well in week 10 against the Titans catching all seven of his targets for 75 yards and a touchdown.

Kansas City’s best players are all at 1x for a reason. They have the best chance to do something special this weekend and I want to be a part of it.

We mentioned earlier that none of the San Francisco wide receivers did much of anything in the regular-season matchup with the Packers. That’s because George Kittle was putting in work.

In that game, Kittle hauled in all six of his targets for 129 yards and a touchdown. Although the position did not hurt the Packers this season, the tight ends to do so were elite. Travis Kelce did it, Darren Waller did it and so did Kittle. Even if the Packers gameplan for Kittle, it’s hard to stop a man who played tight end at Iowa.