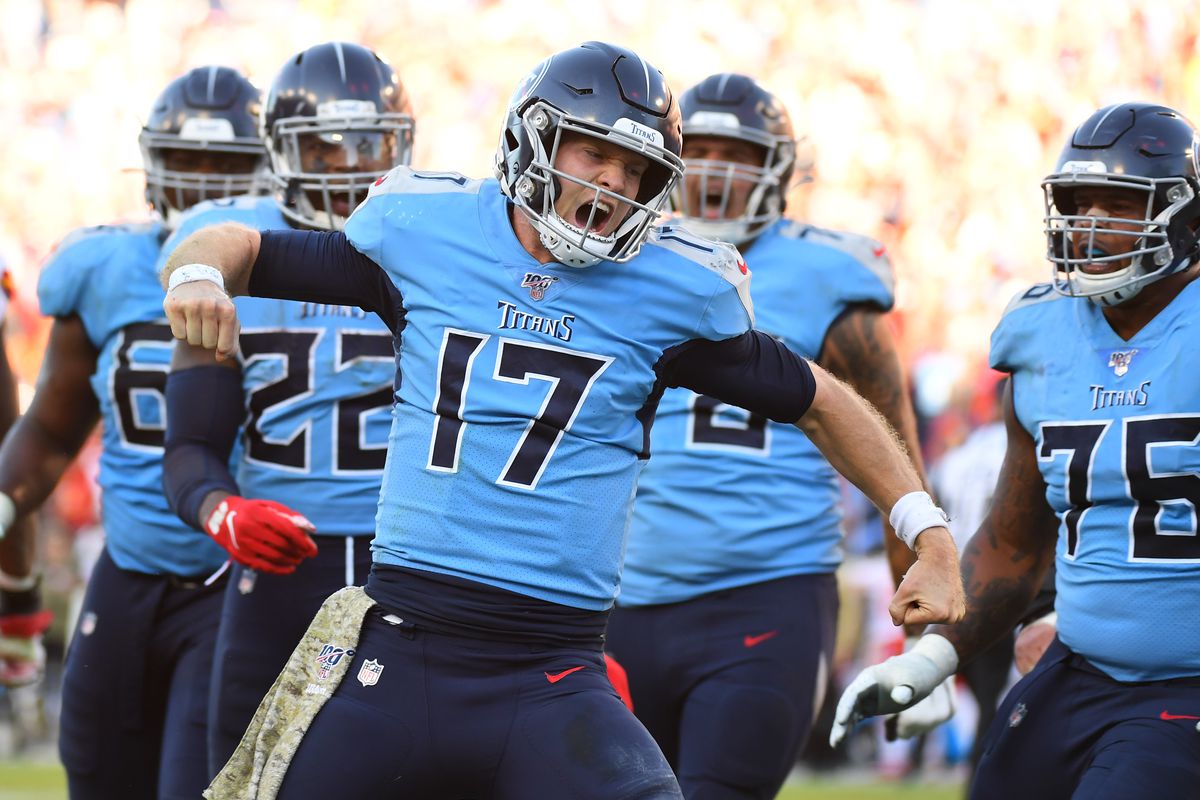 We talk a lot about players to target on SuperDraft, but not enough about guys to stay away from. Whether it is a matchup issue or a volume issue, there are plenty of players I like to stay away from each week. Like a big brother watching over his younger sister, I’m going to tell you about those guys that are up to no good on this slate.

Even with a multiplier of 1.4x, Ryan Tannehill will not only not get you enough fantasy points in this game, but he won’t get enough opportunities to do so. That is not a knock on Tannehill who has played his best season as a pro leading the Titans to the AFC Championship, it speaks to how this team wants to play.

In the Titans’ two playoff wins, they have attempted a total of 31 passes while running the ball a ridiculous 77 times. Taking Tannehill in this spot makes no sense and the numbers show it. Mike Vrabel wants to run the ball down your throat with Derrick Henry and who can blame him? Tennessee has run for 418 yards while throwing for 164 in these playoffs.

After Damien Williams found the end zone three times in the Chiefs’ win against the Texans, I expect a lot of DFS players to overvalue him. A lot of his success in that game had to do with how poor the Texans defended and his opportunities within the red zone. Williams scored his touchdowns from 17 yards out, the five and the goal line.

With Tennessee possessing a staunch defense, I’m not sure Williams will be able to get three chances to score let alone three touchdowns in the red zone. This is a Titans defense that held Ravens running backs to just 42 yards on nine carries last weekend.

Williams very well may find himself scoring this weekend, but after what Tennessee did to the Ravens, I would prefer to stay away from the six-year pro.

A SuperDraft player can live and die by the double-edged sword of the multiplayer. Every week there is a guy that comes out of the 1.75x-2x range that will light it up and win you some cash. I’m here to tell you that even with the juicy 1.8x, Jamaal Williams is not that guy in this slate.

The 49ers held the Vikings’ Dalvin Cook to 18 yards on nine carries last week while Cook was in a featured role. Williams, a backup who gets his share of touches, is not someone you want to even consider in this game. Stick with the chalk of the running backs in this small slate.

Travis Kelce and George Kittle should be in your lineups at tight end this weekend. Although I am not high on Jonnu Smith, I can see the allure to him. But, Jimmy Graham is getting faded by me in his matchup with the 49ers.

The volume is not the issue here as much as his production is. He has seen 11 targets over his last two games and only has seven receptions and 98 yards receiving to show for it and has caught only one pass in four of his last seven. Graham has not found the end zone since week seven and we have no reason to think this will be the game where he ends the drought.

Outside of Tyler Higbee, no other tight end has burned the 49ers defense this season. Including Higbee, there were only three players at that position to gain over 50 yards receiving. Tight end is another chalk position in this slate as Graham is not in a great spot despite his 1.7x multiplier.

Using the Cash Out Feature